Preface to the 2012 electronic edition

The original 1974 publication of this monograph was an 8.5 by 11 inch pamphlet, which I printed myself on an AB Dick offset press at Come! Unity Press in New York City. Come! Unity Press was a quasi-anarchist collective, which insisted that every publication printed there be free to anyone who could not afford the cover price. For Religious Roots that was 75¢. All of us who used the press had to learn how to make plates, run the press, and bind our publications. I did the typesetting on a manual typewriter; there were no personal computers then, and professional typesetting would have been too expensive. Although never advertised or distributed commercially, Religious Roots sold several thousand copies. It was translated and published as a pamphlet in German (Religiöse Wurzeln des Tabus der Homosexualität).

Religious Roots has been superseded by my 1998 Pagan Press book, A Freethinker’s Primer of Male Love. Since 1974 my political thinking has changed, as well as my writing style – I no longer throw out such words as “bourgeoisie” or “class struggle”. Nevertheless, I am happy to republish the pamphlet. From time to time people ask me if copies are still available, and I have to tell them that I have only three copies left – for myself. Religious Roots has historical importance, in that it helped bridge the new Gay Liberation movement and the older Freethought and Atheist movements. On the basis of this pamphlet, I was asked in 1974 to write an article for the venerable British monthly, The Freethinker, which since then has published many of my writings.

For this electronic publication, I have changed none of the words. In this PDF file, the outside and inside front covers are followed by the text. As an addition to the original appendix, I have added images of 12th century mosaics depicting the destruction of Sodom, which are in or near Palermo, Sicily, where as a young man I lived for half a year. These are followed by the inside and outside back covers.

He has written for many publications, including New York Native, Christopher Street, The Freethinker, Gay and Lesbian Humanist, and Journal of Homosexuality. His books include A Freethinker’s Primer of Male Love (1998), The AIDS War (1993), and (co-authored with David Thorstad) The Early Homosexual Rights Movement (1864-1935) (1974, 2nd Edition 1995).

John Lauritsen (AB Harvard 1963) was one of the earliest members of the New York Gay Liberation Front GLF) and later the Gay Activists Alliance (GAA), the Gay Academic Union, the New York Scholarship Committee, and the Columbia University Seminar on Homosexualities. He has fifteen books to his credit. The first (co-authored with David Thorstad) was The Early Homosexual Rights Movement (1864-1935), published in 1974.  He is proprietor of Pagan Press, founded in 1982 to publish books for gay men.  Contact: john.lauritsen@verizon.net 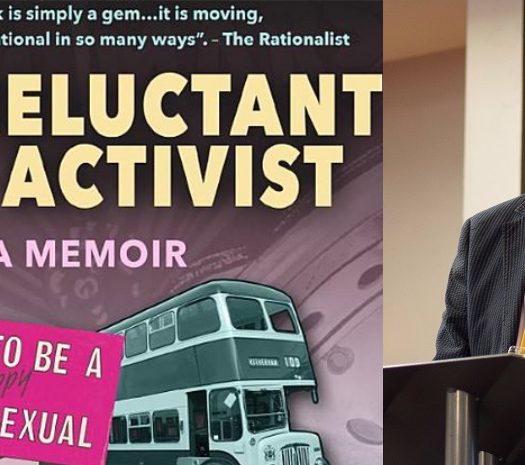