The UK government uses "nuclear option" to interfere with democracy in Scotland.

Rishi Sunak’s government has blocked legislation passed by the Scottish parliament that would make Scotland the first part of the UK to introduce a self-identification system for people who want to change gender, according to The Guardian.

Ahead of today’s reports of the government’s interference in Scottish affairs, Scotland’s First Minister Nicola Sturgeon said the UK government would be using trans people as a “political weapon” if it decides to block Scottish gender reforms.

She added that any veto of the legislation would be an “outrage”.

On learning of the veto, Stonewall, issued a statement saying:

We are saddened that the Prime Minister has decided to block the implementation of the Scottish Gender Recognition Reform Bill, through an order under Section 35 of the Scotland Act, for the first time in the history of devolution.

This is a piece of legislation that simply seeks to make the process for legally recognising a trans man or trans women’s gender more respectful and straightforward.

Scotland’s Bill aligns it with leading international practice endorsed by the United Nations and adopted by 30 countries, including Canada, Australia, New Zealand, Ireland and most of the United States of America.

The UK Government should be focused on developing and implementing a strategy that improves the lives of all LGBTQ+ people, including trans people, not causing them more harm.

Despite being a small population, trans people live in every community in the UK. They are our classmates, our colleagues, our friends and our family. Yet today’s decision by the Prime Minister’s treats trans people as a threat to be contained, not citizens to be respected.

Twenty years on from the repeal of Section 28, the Prime Minister will re-toxify his party’s brand by repeating historic mistakes for LGBTQ+ people. This is out of step with the inclusive values of modern Britain.

“It is the only time that Section 35 of the Scotland Act has been used since 1998, in an unprecedented move which significantly undermines the devolution settlement and will unlock constitutional and diplomatic strife,” Stonewall said.

It is a matter of grave and profound regret that the Prime Minister has allowed trans people’s lives to be used as a political football. This is not governing with compassion. These are not the actions of a government that can stand on the international stage as a credible defender of LGBTQ+ rights. We hope that the legal process concludes swiftly, and that governments of the UK focus their attention on positive strategies that support LGBTQ+ communities to thrive.

The Scottish Secretary, Alister Jack, another multi-millionaire in the utterly corrupt Tory adminstration—he claimed more than £4,000 for utility expenses at his second home—announced that he would use section 35 of the Scotland Act 1998 for the first time to halt the gender recognition bill after a review by UK government lawyers.

UK ministers, who met in Westminster today (Monday) to consider how to approach the legislation, are concerned the bill will “adverse impact” on UK-wide equalities law.

However, Nicola Sturgeon said there were “no grounds” for the UK government to block the legislation, claiming that it did not affect the operation of the Equality Act.

Scotland’s first minister has said her government is likely to mount a legal challenge in response, warning the use of section 35 would create a “very, very slippery slope indeed” and would embolden the UK government to do the same in other areas.

In a statement, the jackass Jack said:

I have not taken this decision lightly. The bill would have a significant impact on, amongst other things, GB-wide equalities matters in Scotland, England and Wales. I have concluded, therefore, that this is the necessary and correct course of action.

If the Scottish government chooses to bring an amended bill back for reconsideration in the Scottish parliament, I hope we can work together to find a constructive way forward that both respects devolution and the operation of UK parliament legislation. 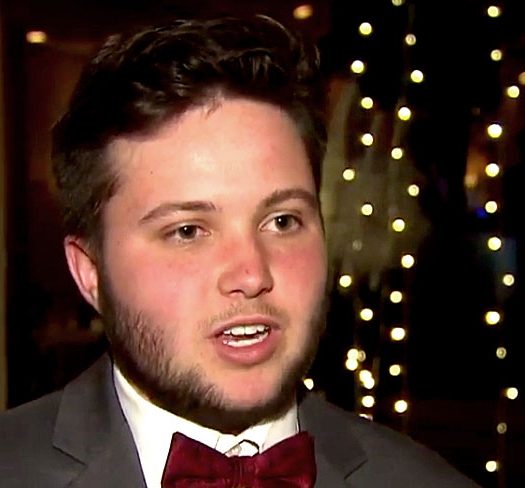