31st May 2019 | George Broadhead THE LGBT Humanist charity the Pink Triangle Trust (PTT) is appalled by the anti-LGBT demonstrations being held outside primary schools by religious people, mostly Muslims, who have been protesting about ...
END_OF_DOCUMENT_TOKEN_TO_BE_REPLACED

The LGBT Humanist charity the Pink Triangle Trust (PTT) has reacted angrily to the decision taken by Pride in London to ask its communities team to investigate the Council of ...
END_OF_DOCUMENT_TOKEN_TO_BE_REPLACED

HELU is a Humanist community based group established ...
END_OF_DOCUMENT_TOKEN_TO_BE_REPLACED 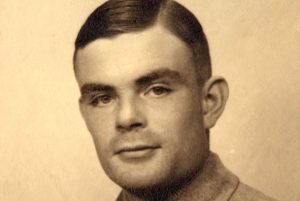 THE UK gay Humanist charity the Pink Triangle Trust (PTT) has warmly welcomed the news that the famous mathematician and second world war code breaker Alan Turing is to be ...
END_OF_DOCUMENT_TOKEN_TO_BE_REPLACED

Kenilworth, 24 April 2011 — The UK gay humanist charity the Pink Triangle Trust (PTT) has accused the head of the Roman Catholic Church in Scotland of trying to outdo the Pope in his attacks on secularism and LGBT rights.

Cardinal Keith O’Brien has used his Easter sermon to rail against what he describes as “aggressive secularism” which was something Pope Benedict warned about on his state visit to Britain last year. The cardinal referred to the enemies of the Christian faith in Britain and the power they currently exert.

In a reference to equality legislation preventing discrimination against LGBT people, Cardinal O’Brien denounced what he claimed was the way Christians had been prevented from acting in accordance with their beliefs because they refuse to endorse such lifestyles.

In 2006 O’Brien declared that Government proposals designed to outlaw sexual orientation discrimination constitute grave threats to “freedom of conscience” and to “religious freedom”. In the same year he compared same-sex partnerships to paedophilia.

END_OF_DOCUMENT_TOKEN_TO_BE_REPLACED

Kenilworth, 1 May 2011 — The gay humanist charity the Pink Triangle Trust (PTT) has noted without surprise that the President of Zimbabwe, Robert Mugabe, has attended the beatification of Pope John Paul II which was held in the Vatican on 1 May.

An EU travel ban forbids Mugabe from visiting member states, but the Vatican is a sovereign state and not in the EU. The ban was imposed in 2002 on account of Mugabe’s gross human rights abuses but Italy, a founder EU member, granted Mugabe an exemption to transit through the country.

A Vatican spokesman said Mugabe had not been personally invited but as the head of a state with which the Vatican has relations he was entitled to attend.

Commenting on behalf of the PTT, its secretary, George Broadhead, said: “Mugabe’s attendance at the ceremony comes as no great surprise. As a fellow Roman Catholic, he shares at least one trait in common with both the late beatified pope and the present one – an entrenched homophobia.

“He is viciously hostile to homosexuality, declaring on one occasion: ‘I find it extremely outrageous and repugnant to my human conscience that such immoral and repulsive organisations, like those of homosexuals, who offend both against the law of nature and the morals of religious beliefs espoused by our society, should have any advocates in our midst and elsewhere in the world,’ and on another occasion: ‘It [homosexuality] degrades human dignity. It’s unnatural, and there is no question ever of allowing these people to behave worse than dogs and pigs. If dogs and pigs do not do it, why must human beings? We have our own culture, and we must re-dedicate ourselves to our traditional values that make us human beings. … What we are being persuaded to accept is sub-animal behaviour and we will never allow it here. If you see people parading themselves as lesbians and gays, arrest them and hand them over to the police.’