John Lauritsen (AB Harvard 1963) was one of the earliest members of the New York Gay Liberation Front GLF) and later the Gay Activists Alliance (GAA), the Gay Academic Union, the New York Scholarship Committee, and the Columbia University Seminar on Homosexualities. He has fifteen books to his credit. The first (co-authored with David Thorstad) was The Early Homosexual Rights Movement (1864-1935), published in 1974.  He is proprietor of Pagan Press, founded in 1982 to publish books for gay men.  Contact: john.lauritsen@verizon.net
Latest Posts | By John Lauritsen 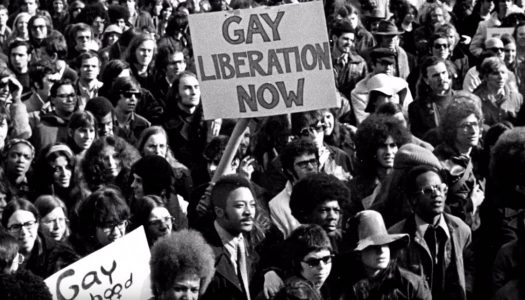 FIFTY years ago a meeting changed my life.  It was in early July 1969, shortly after Stonewall. I don’t remember the exact date or where it was held, only that a …
END_OF_DOCUMENT_TOKEN_TO_BE_REPLACED

IN March, 2018, US writer JOHN LAURITSEN, above, a long-time contributor to the Gay and Lesbian Humanist magazine – now The Pink Humanist – addressed the Outing …
END_OF_DOCUMENT_TOKEN_TO_BE_REPLACED

The original 1974 publication of this monograph was an 8.5 by 11 inch pamphlet, which I printed myself …
END_OF_DOCUMENT_TOKEN_TO_BE_REPLACED