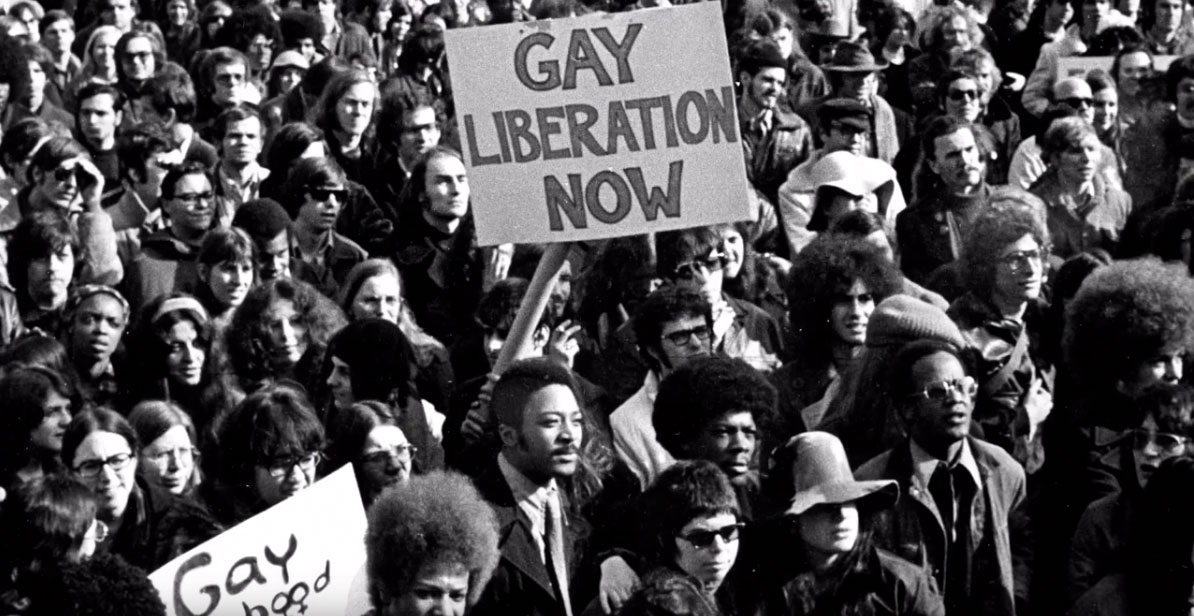 FIFTY years ago a meeting changed my life.  It was in early July 1969, shortly after Stonewall. I don’t remember the exact date or where it was held, only that a heated debate was taking place over whether the newly forming group should ally with the anti-war movement.

Since I’d been involved in the movement against the Vietnam war since 1965, I joined the radicals, and we prevailed. The new group would be named the Gay Liberation Front, deliberately echoing the National Liberation Front of Vietnam.

Before this I had read the few positive books on “homosexuality” and had attended homophile meetings in Boston and New York City.  But GLF was a quantum leap forward. No more apologies or pleading for toleration.

GLF was ready to fight militantly for our freedom, and had the political savvy from the anti-war movement to do it.  For the next few months every spare moment of mine was spent on GLF. I passed out leaflets, helped build demonstrations, and worked on the dances. I was top editor, under Managing Editor Rosalyn Bramms, of the first Gay Liberation newspaper, GLF’s Come Out!.

We in GLF experienced intense camaraderie.  But there was also conflict. Some people, deliberately or not, acted in ways that were harmful, and in 1971 GLF died from its own contradictions.  I went on to other groups, and became known as a gay historian.

The first years after Stonewall promised a new freedom.  Gay publications sprang up: Gay in New York City, Gay Liberator in Detroit, Body Politic in Toronto, Gay Sunshine in California, and Gay Information: A Journal of Gay Studies in Australia.  Millions of men and women accepted their homoerotic desires.

Then things began to get ugly.  A commercial sex industry promoted drug abuse and distorted and self-hating forms of sex. Gay men began to get sick.The calamity that was named “AIDS” led to the deaths of hundreds of thousands of gay men and the demise of Gay Liberation.

Now, fifty years from Stonewall, our main goal has been accomplished, getting rid of sodomy statutes.  There have been many strides forward, especially a burgeoning of gay scholarship. In 2017 I spoke at an international conference, Outing The Past, in Liverpool, talking on underground gay scholarship.  There I found that gay history is alive and well.

There have also been steps backward. None of the mainstream “LGBTQ” organizations have any of the spirit and vision of Gay Liberation. The goal of sexual freedom for all has been supplanted by identity politics, as in the metastasizing alphabetism: “LBGTQ…”.

Rather than defending and celebrating a kind of love, the LGBTQ … movement focuses on kinds of persons, preferably marginal. The vaunted “inclusiveness” of the alphabetism (and “rainbow coalition” and “queer”) is deceitful: a movement for everybody is a movement for nobody.  Gay men are being erased. Gay history courses and seminars, which flourished in the seventies, have been supplanted by “gender studies”. 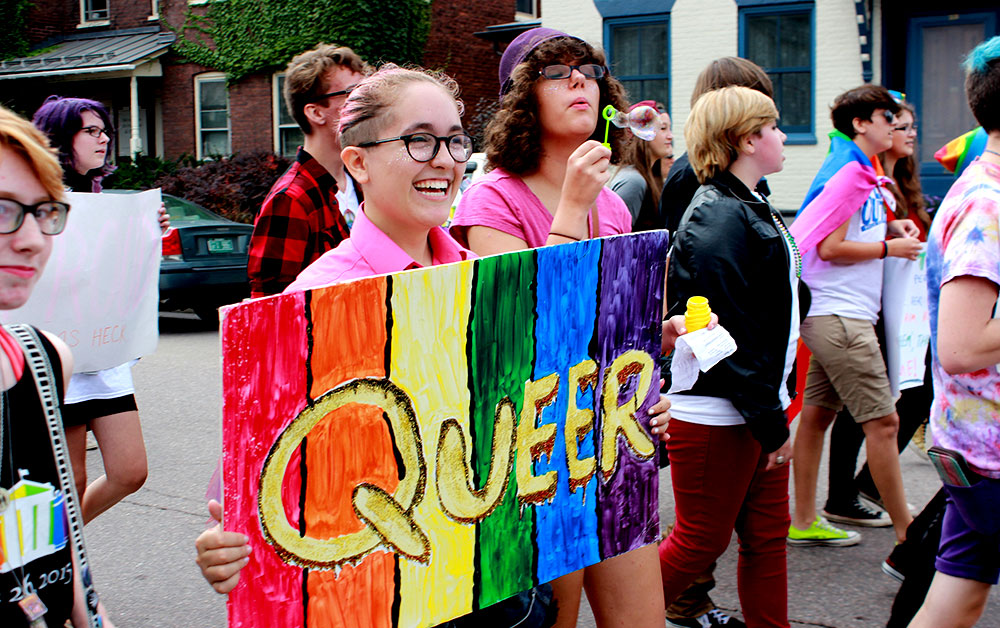 The worst step backward is the use of the word “queer”. Here we have a word that was and still is one of the most hateful in the American language. “Dirty queer” is what gay men heard as they were being beaten to death. Although “queer theorists” talk of “reclaiming” the word, this is dishonest, since it never belonged to us in the first place; it was always the word of our enemies. As Larry Kramer said in an interview, calling gay men queers “is like calling blacks ‘niggers’.”

In GLF we felt that “gay” – whose hidden meaning was still unknown to most people – should be the word to be used by others, as well as ourselves.  It was our word and it was positive, not clinical like “homosexual”, nor timid like “homophile”, nor hateful like “faggot” or “queer”.

Although queer, like “faggot”, is understood as referring to men, some women were the earliest to use and advocate it, including Eve Kosovsky Sedgwick and Judith Butler. In addition to its inherent hatefulness, queer is unacceptable because of its core, dictionary meanings: queer, odd, spurious, worthless, deviant. Gay men are not worthless. Sex between males is not deviant or spurious.

I am not alone in opposing queer. Most gay men also strongly object to it. There is a section in my personal website, with critiques of queer by John Rechy, Wayne R. Dynes, Stephen O. Murray, Arthur Evans, and myself.

Since queer is so blatantly wrong, I’m amazed that any gay men have acquiesced in it. I can only attribute their acquiescence to self-hatred, low self-esteem, or a misguided conformity to perceived political correctness.

Queer was covertly foisted on us by our worst enemies, aided and abetted by muddle-headed academics.  We should oppose its use in every way possible.

The evidence of history and anthropology confirms that human males are powerfully attracted to each other, emotionally and erotically.  Male love is an ordinary and healthy part of the human sexual repertoire. The core of the problem: A powerful human drive is put down by a powerful theological taboo, a taboo shared by all three Abrahamic religions.  Our task is to destroy that taboo.

My good friend, the late L. Craig Schoonmaker (founder of the pre-Stonewall group, Homosexuals Intransigent) said: “I always understood that the most important thing for gay men was to understand and assert their manhood, which was always under attack.”

The time has come for gay men to reclaim our movement – to restore and honor our heritage – to fight against our continued oppression.

John Lauritsen (AB Harvard 1963) was one of the earliest members of the New York Gay Liberation Front GLF) and later the Gay Activists Alliance (GAA), the Gay Academic Union, the New York Scholarship Committee, and the Columbia University Seminar on Homosexualities. He has fifteen books to his credit. The first (co-authored with David Thorstad) was The Early Homosexual Rights Movement (1864-1935), published in 1974.  He is proprietor of Pagan Press, founded in 1982 to publish books for gay men.  Contact: john.lauritsen@verizon.net