Higgs, above, is in need of thoughts and prayers, according the the Christian Legal Centre, which is supporting the teacher who got herself sacked last year by Farmor’s School in Fairford, Gloucestershire, for sharing hateful, anti-LGBT messages on social media.

The appeal came as Higgs began a legal case this week against the school.

In asking for prayers and money for Higgs, the CLC, headed by the grotesque Andrea Minichiello Williams, above, says:

The story of her dismissal captured the attention of the national media and caused outrage to Christians and non-Christians alike across the country.

After one anonymous person saw two of Kristie’s personal Facebook posts sharing her concerns about sex education lessons at her child’s primary school, she was reported to her headteacher. Kristie was told that her private posts could “[bring] the school into disrepute” and was subsequently sacked from her position.

Sadly, the concerns that Kristie shared have become real as RSE has been rolled out across schools in England, with many young children being taught age-inappropriate themes.

The CLC last year posted a video on YouTube in which the mother of two performs like a little whipped pup.

Commenting on her case, Kristie said:

I have been punished for sharing concerns about Relationships and Sex Education. I hold these views because of my Christian beliefs, beliefs and views which are shared by hundreds of thousands of parents across the UK.

My number one concern has always been the effect that learning about sex and gender in school will have on children at such a young age. I am determined to fight this case and to stand for Christians and all parents across the country who are being silenced for sharing and holding these views.

Please pray for the Christian Legal Centre as we support Kristie at the Employment Tribunal. Pray that the members of the tribunal would understand the arguments and sympathise with Kristie, and pray for Kristie herself as she gives evidence this week. Make a gift to support Kristie and Christians like her.

In another she shared an article about the rise of transgender ideology in children’s books in American schools.

Lawyers representing Higgs will argue that her sacking breached her freedom of speech and freedom of religion.

Ahead of the hearing, Higgs said:

The whole experience broke my heart. I have been punished for sharing concerns about relationships and sex education … I have not discriminated against anyone.

Through my case I want there to be renewed freedom for others, especially Christians, to express their beliefs and opinions without fear of losing their jobs.

The Higgs case coincides with a queer lawsuit that’s been launched in Arkansas, where two supermarket employees claim they were sacked for refusing to wear aprons which bore heart symbols. These, they argue, promote homosexuality and same-sex marriage. 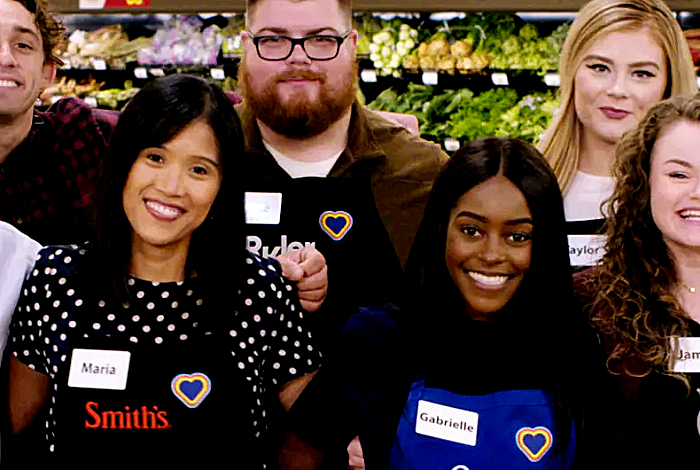 The Freethinker reports that the two women – Brenda Lawson and Trudy Rickerd – said no to the aprons introduced by a branch of the Kroger Company. As a consequence, they got sacked.

The branch is now being sued by the Equal Employment Opportunity Commission (EEOC). It alleges that the outlet in Conway, Arkansas, infringed the religious beliefs of Lawson and Rickerd by disciplining them several times, then firing them for refusing to comply with its dress code.

Trouble began when the Conway Kroger introduced the hearts in April, 2019. It asked employees to wear an apron with a blue heart emblem outlined by three colours: yellow, red and blue. The Bible-besotted pair immediately jumped to the conclusion that this was some sort of truncated LGBT symbol, when, in fact, it was simply meant to indicate that the company had “heart” and cared for its customers.

But the EEOC complaint says both employees had a “good faith belief” that the multi-coloured heart represented LGBT+ causes.

Companies have an obligation under Title VII to consider requests for religious accommodations, and it is illegal to terminate employees for requesting an accommodation for their religious beliefs.

Lawson, who had worked in the deli department at the Kroger since August of 2011, asked the store manager “multiple times” to wear her name tag over the heart and clarified her religious reasons for doing so. She also made the request of the store’s human resources department in writing.

Rickerd, on the other hand, worked as a cashier and file maintenance clerk at the store since October, 2006. She wrote that she had:

A sincerely held religious belief that I cannot wear a symbol that promotes or endorses something that is in violation of my religious faith. I respect others who have a different opinion and am happy to work alongside others who desire to wear the symbol.

Lawson, who worked in the deli department at a store in Conway, Arkansas, for eight years, believes in ‘the literal interpretation of the Bible’ and ‘holds a sincerely held religious belief that homosexuality is a sin,’ the EEOC said. Rickerd … also subscribes to a literal interpretation of the Bible and believes homosexuality is a sin, according to the complaint.

The complaint says that although Lawson and Rickerd hold ‘no personal animosity toward the individuals who comprise the LGBTQ community, the practices of that community’  violate their religious beliefs. 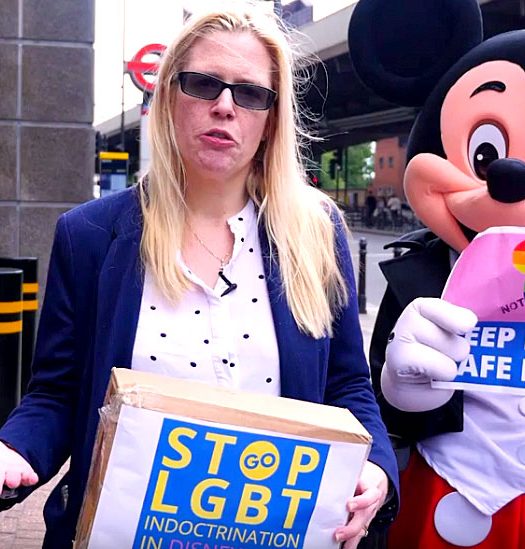