IN TOUTING the documentary, Censored, LifeSiteNews makes much of the fact that Lizotte, above, creator of this latest attempt to legitimise gay conversion therapy, had close ties to a hateful, anti-gay outfit once called the National Association for Research and Therapy of Homosexuality (NARTH).

After attracting a great deal negative publicity – and experiencing the humiliation of having one of its advisers, Alan Rekers, exposed as a closet queen – Narth rebranded itself as the Alliance for Therapeutic Choice and Scientific Integrity.

Commenting on this rebranding, Wayne Besen, of Truth Wins Out, said in this report:

NARTH can put lipstick on this new pig, but it’s the same old swine peddling junk science to desperate and vulnerable people. This cynical rebranding effort is an attempt to mask NARTH’s past failures, history of consumer fraud, and shredded reputation. We urge mental health professionals not to be fooled by NARTH’s new facelift.

That any news outlet should seek to portray people involved with NARTH/Alliance for Therapeutic Choice and Scientific Integrity as anything other than a bunch of dangerous, mainly Christian charlatans beggars belief. But it does, falsely claiming that the work they do is “empirically-validated by many decades of research.”

Time and again the “research” used by organisations such as the Alliance for Therapeutic Choice and Scientific Integrity and Northern Ireland-based Core Issues Trust, headed by “ex-gay Mike Davidson, above, has been utterly discredited.

LSN points out that In 2011, Lizotte was given the NARTH President’s award for his “pioneering work in Canada promoting Same Sex Attraction (SSA) therapies:

Often at great personal cost. In a recent interview, the author asserted that he had lost his employment about 20 times in the last 20 years, as a result of his efforts to protect the right of people wanting to overcome their SSA to find a competent therapist and sound scientific facts regarding the therapies.

Lizotte makes claims about homosexuality, supports the claims with old, poorly designed and/or irrelevant citations, fails to cite conflicting and/or newer research and then says that ‘the latest research’  supports his position. No wonder NARTH gave him an award.

Drawn from 18 years of interviews with therapists, researchers, as well as “ex-gays” (people who say they have successfully overcome their same-sex attractions), Lizotte’s latest work weaves together the many aspects of the debate surrounding therapies for same-sex attraction.

Much maligned by some, a variety of therapies, empirically-validated by many decades of research, is revealed to be quite effective when used by competent therapists. Lizotte argues that they would be much more widespread were it not for the blockade of homosexual-friendly mental health institutions that prevent researchers from finding funding or mainstream publishers.

The documentary also explores in some detail the methods used by key actors in various psychological organizations such as the American Psychological Association, along with pro-homosexuality allies in government and the media, to conduct smear campaigns against therapies, therapists and researchers, demonizing anyone who would dare say publicly that same-sex attracted people can and do change, with the help of professionally-conducted therapy.

Finally, the documentary tracks the legislative efforts by many Western governments, ranging from city-level to national, to ban “conversion” therapies outright. In Canada, the Trudeau Liberal government has introduced bill C-6 to criminalize the advertisement of therapies to SSA individuals, profiting from the provision of these therapies, or having minors undergo them.

LSN then reveals that the documentary:

Was produced with the help of Campagne Québec-Vie, a pro-life, pro-family organization based in Quebec.

Why am I not surprised that a toxic Christian outfit has its fingerprints all over this disgustingly homophobic production?

Meanwhile, AllOut has launched a petition calling for a ban of conversion therapies across Europe. 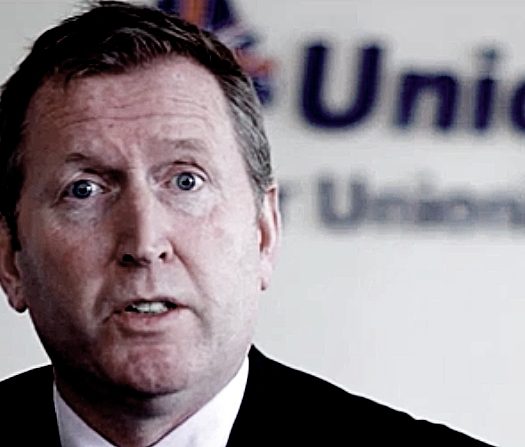