The Balmoral cut short a Coalition for gathering of homophobes

MEET Dr Tony Rucinski, above. He’s a Christian rent-a-gob who has the job of Director of Supporter Strategy for an outfit called Coalition for Marriage –  “an umbrella group of individuals and organisations in the UK that support traditional marriage and opposed its redefinition” – and he travels  around the country drumming up hatred against LGBT communities.

Why is he in the news? Because last October he was the keynote speaker at conference booked for a “Marriage Matters” event at the Balmoral Hotel, organised by Rev Harry Coulter to address the imposition of same-sex marriage by Westminster on Northern Ireland. The event was stopped halfway through when the hotel turfed out those attending after receiving a complaint.

At the weekend the Christian Institute announced it has stepped in to help Coulter, who now wants to sue the hotel.

According to the CI:

Fifty attendees had to leave the hotel along with the keynote speaker, Tony Rucinski from Coalition for Marriage, who had travelled from Wales.

Revd Coulter has written to the hotel asking for an explanation and some form of compensation but has received no response. He has now instructed solicitors.

We’ve got to put an end to what we consider to be attempts to punish people for believing in one man-one woman marriage.

For the hotel to take Mr Coulter’s booking, take his money, provide signage and set up the event, only to stop it halfway through, causing maximum inconvenience and embarrassment, is an outrage.

We’ve got to put an end to what we consider to be attempts to punish people for believing in one man-one woman marriage. After all, it’s what most people believed in until recently.

The Supreme Court has reaffirmed that belief in traditional marriage is worthy of respect in a democratic society. So we are very happy to be supporting Mr Coulter in his legal action to defend his freedom to hold and express these beliefs without being humiliated like this.

In 2017 Rucinski was sacked  from his £90,000-a-year post as CEO of the Board of Community Health Councils in Wales. No reason was given publicly for his suspension or sacking.

We can confirm that the employment of Dr Tony Rucinski as the Chief Executive Efficer of the Board of Community Health Councils in Wales has now been terminated. It would be inappropriate for us to make any further comment on an internal HR matter.

It will come as no surprise to readers that the deranged Andrea Minichello Williams, above, CEO of Christian Concern and the Christian Legal Centre, is on the board of directors of the Coalition. 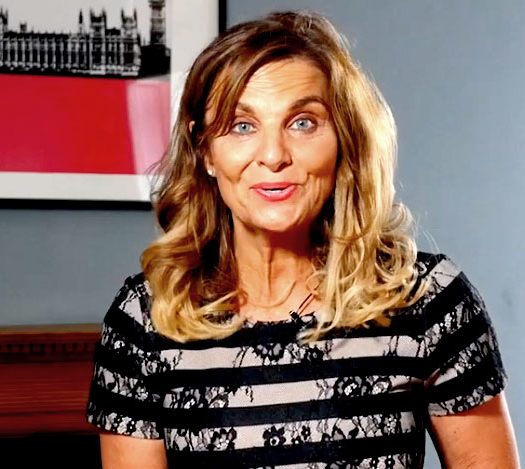