‘Finely frocked gang’ of Anglicans have made a ‘horrible mistake’

‘Finely frocked gang’ of Anglicans have made a ‘horrible mistake’

In an open letter, UK comedian, broadcaster and humanist Sandi Toksvik excoriates the Archbishop of Canterbury for affirming that gay sex is a sin

Openly-gay Toksvik warned on Twitter that the lives of LGBTQ+ people were at stake after the Archbishop of Canterbury, Justin Welby, affirmed the validity of Church of England resolution that gay sex is a sin.

Welby, above, in a letter to more than 650 bishops attending the once-a-decade Lambeth conference, said the 1998 resolution, known as Lambeth 1.10, was “not in doubt.”

Toksvik was quick to respond, saying:

It was a sin in 1998 and you just wanted to make clear in 2022 that no one in your finely frocked gang has moved on from that. Seriously, with the state the world is in, that is what you wanted to focus on?

The host of the TV panel show QI and former Great British Bake Off presenter, added:

I have had several credible death threats over the years, sometimes requiring the very kind assistance of the police hate crime squad. Each and every one of those threats has come from an evangelical Christian. Inevitably they have wanted to kill me on God’s behalf.

Toksvig also suggested that she and Welby get together “for a chat”, and it’s reported here that he responded with a reply on Twitter, saying he would love to discuss the matter with her.

Referencing the death threats Toksvik said she had received the Archbishop said:

The hatred and threats that you—and so many other LGBTQI+ people—have experienced in the name of Jesus Christ are a sin. I have absolutely no doubt about that and want you to be in no doubt of my position. The Church of England agrees with this view and vigorously opposes conversion therapy.

Writing for the National Secular Society, its CEO Stephen Evans, above, said Welby’s affirmation of his church’s official rejection of gay sex and same-sex marriage has caused much consternation.

Those upset and dismayed by the move include many Anglicans who recognise the suffering this regressive position has inflicted upon gay people around the world.

He went on to say that the Anglican theological position on LGBT issues, as with abortion and assisted dying, is out of step with British social attitudes and sits uncomfortably with its status as the established church.

The Church is entitled to its dogma. But equally, secular-minded citizens should expect this to have no bearing on the affairs of state.

He also pointed out that:

The privileges enjoyed by the Church run contrary to secularist principles of equality and fairness. They have no place in one of the world’s least religious countries. Its established status and privileged position within British political and public life is an absurdity that will only grow starker with time. 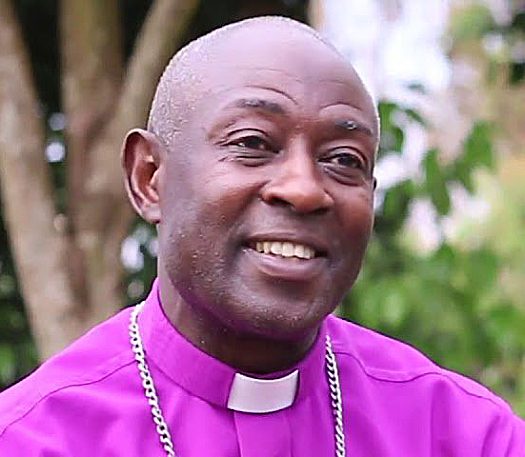 Uganda ‘will continue to say no to same-sex marriage until Jesus come...