Among the protestors was Boyan Rasate, above, of the far-right Bulgarian National Union, who was arrested for his role in the attack. At the time, Rasate, who is standing for election to become President of Bulgaria, proclaimed a “Week of Intolerance” and hosted a forum on “How to fight and minimise the damage from homosexuality and paedophilia in Bulgaria.”

Well, Rasate has been arrested again, this time for leading an attack last weekend on an LGBT centre in Bulgaria’s capital Sophia. At one point he drew a knife and slashed the tyres of a scooter belonging to a person who was attending an event at the Rainbow Hub.

As a candidate in the country’s presidential election on November 14, Resate enjoyed immunity from prosecution, but on Monday the Bulgarian Prosecutor-General Ivan Geshev demanded that his immunity be lifted.

Enough evidence was collected to charge Boyan Rasate with “acts that grossly violate public order,” Geshev’s office said. If found guilty, he could be jailed for up to five years.

Hours later, the Central Election Commission decided to lift Rasate’s immunity and he was then detained and indicted for hooliganism and assault.

Located in an apartment block in the Bulgarian capital, the Rainbow Hub was hosting a gathering on October 30 when a group of about ten men and women stormed in and proceeded to smash and destroy anything in their way.

The attack on the Rainbow Hub has been condemned not only across the Bulgarian political spectrum but by several embassies in Sofia, including the United States, the United Kingdom, and France.

On November 1, ambassadors visited the Rainbow Hub – which is run by the locally based Bilitis Foundation and Gays and Lesbians Accepted in Society (GLAS):

To express solidarity with our friends and partners in the face of this senseless attack. 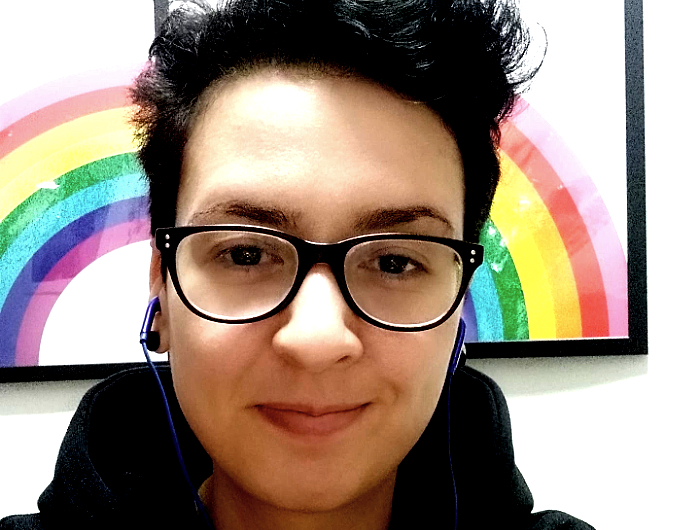 Gloriya Filipova, above, the Rainbow Hub’s project coordinator,  was punched by Rasate when he led a mob of young men into centre. Afterwards he drew a knife.

The attackers began smashing furniture, flipping over desks and chairs, spray-painting objects, as well as breaking the laptop being used to broadcast the event.

Since attacking the Pride event in 2008, Rasate has had a number of other run-ins with the law for disruptive behaviour and making racist and xenophobic remarks.

He entered the world of extremist politics in 1991 when he joined the short-lived Bulgarian National Radical Party. Years later, he founded the Bulgarian National Union, an ultra-nationalist group, which he led from 2000 to 2010.

Center-right European Parliament member Radan Kanev said in a Facebook post that the event, while “outrageous and disturbing,” was not unexpected, because:

Violence based on hatred of different sexualities, specifically gay people, is not a new problem in Bulgaria. On the contrary, it is a deepening problem that has already taken innocent victims. 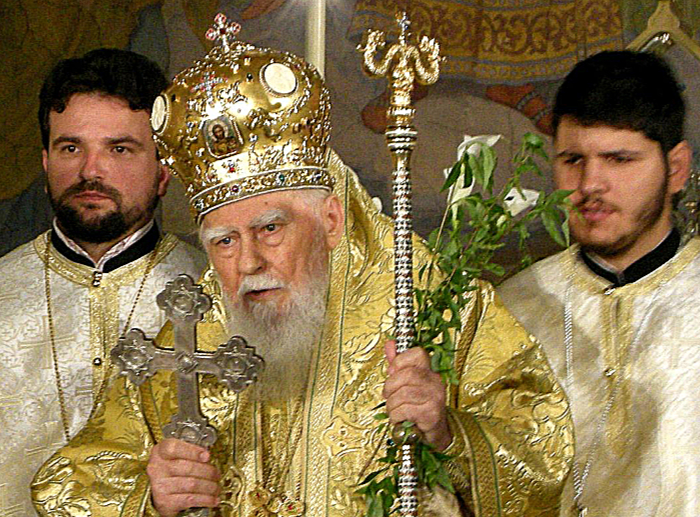 The 2008 parade was opposed by the leader of the Bulgarian Orthodox Church, Patriarch Maksim, above. The Patriach, who died four years later aged 98, wrote an open letter to the Mayor of Sofia urging him not to “participate in the fruits of darkness, but counter them,” and demanding that he stop “this shameful and undignified march.”

Metropolitan Neofit of Rousse also issued a statement opposing the parade and calling homosexuality a sin.

The Chief Mufti of Bulgaria, Mustafa Alish Hadji, weighed in, too, calling homosexuality “a disease” that “desecrates Bulgarian society and threatens its future.” He denounced “impertinent” gay attempts:

To change the public opinion, and the moral, religious, and traditional values of the Bulgarian society through public happenings like gay parades.

Filipova expressed hope that the attack will serve as a wake-up call for Bulgaria’s political establishment to tackle homophobia and intolerance in Bulgarian society.

For years, we have been trying to bring about changes in legislation that addresses hate crimes caused by homophobia and transphobia. Unfortunately, these attempts for almost 15 years have so far been unsuccessful. I hope they realise now that the problem is really serious.

A petition has been launched calling on the Bulgarian government to take swift and appropriate action against Rasate. 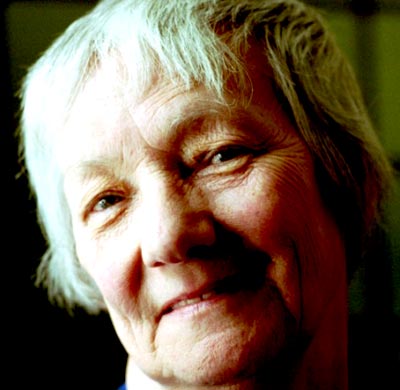