DO religion and its institutions subvert reason and progress in modern life? In his introduction to Secularism: Politics, Religion and Freedom, Andrew Copson presents a holistic and hard-hitting case showing the importance of keeping religion out of politics. The CEO of Humanists UK, Copson is accustomed to speaking to ideologically diverse audiences and his new book strikes the rare balance of being both entertaining and informative as he takes novice readers on a fast-paced journey through the history and necessity of one of the most fundamental ideas of Western civilisation.

To begin, Copson sets out a clear end-game for the secular individual. He explains the work of Jean Baubérot and his tripartite conditions for secularism:

It is by no means a one-sided analysis of the subject. Copson tests Baubérot’s ideas, and pits core tenets of the social contract – such as fairness, equality, and freedom – against the people who have sought to implement them.

The book examines countries such as Denmark and the United Kingdom, which are effectively far more secular, despite their religiously-based legal frameworks, than countries boasting secular constitutions such as Bangladesh. To fully explore this issue, we are taken on a trip around the world. We are asked to consider how the minds behind partition of India both cultivated religious sectarianism and attempted to create a home for all Indians, and how post-partition India has sought to accommodate those who believe they require an exemption from common law.

Copson examines how a system like India’s might leave the country more open to the ethno-religious nationalism of Narendra Modi’s BJP, than a more equal, less accommodating system like that of the United States.
This system is described in stark contrast to the constitution that revolutionary France created in a violent attempt to discard and replace the Catholic Church.

Another example: Mustafa Kemal Atatürk’s ultimately failed attempt to emulate a 20th century, pseudo-secular Europe requires us to ask the question as to how a truly secular state can come about, and how secularism can fall.

Through these, and other examples, we see that people of different nations had different relationships with different types of religion, and these present different social inequalities and heavily shapes what people are looking for in secular governance, if anything.

Copson provides a detailed and convincing argument, detailing how the longevity of a truly secular state cannot just rely on law, but must also win hearts and minds.

Copson evaluates, clearly and honestly, not only what secularism has achieved in placing the dignity of the human being above any theological considerations, but how allegedly secular states the world over utilise national identity to discriminate against religious minorities, secretly or explicitly, by sponsoring the majority religion of the state.

Copson’s gift, it seems, is the ability to condense decades of the evolution and analysis of the concept of secularism into 140 short pages. With the soft ambition so characteristic of his narrative voice, he leads the reader seamlessly from secularism’s conception (before it had been named) to how political religion took its roots in Europe and the Middle East.

Concisely, the difference between secularism in opposition to religion and secularism that simply ignores religion is spelled out.

Although not a polemical piece, Copson tackles the best of the arguments against pursuing secularism in their strongest forms.
Can enlightenment values shaped in opposition to Christianity be universalised? Does a secular state demand that everyone behaves as though they are non-religious? Can we accommodate those with extreme or pernicious religious beliefs?

Copson lays his firm conviction in the value of secularism open to every brutal criticism and diligently refutes each of them. Through a clear and honest intellectual process, he shows why compromising on secular law, both in theoretical necessity and in practice, erodes our personal and public freedom.

If you picked up this book hoping to glean a few, empty platitudes to argue that secularism presents a magic solution to the world’s problems, you’ll likely be disappointed. Instead, you’ll find something far more nuanced. The risks and rewards of both are laid out for readers to decide where their opinions fall. 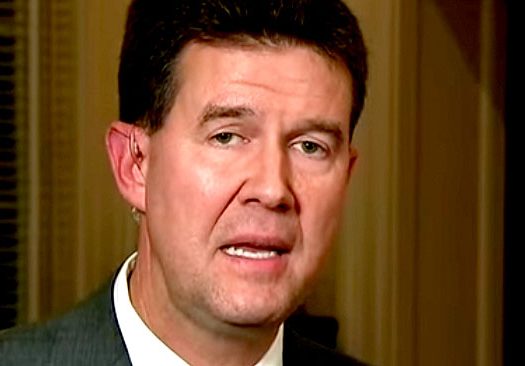 Read More
US TV is too gay, and is destroying America’s moral fibre