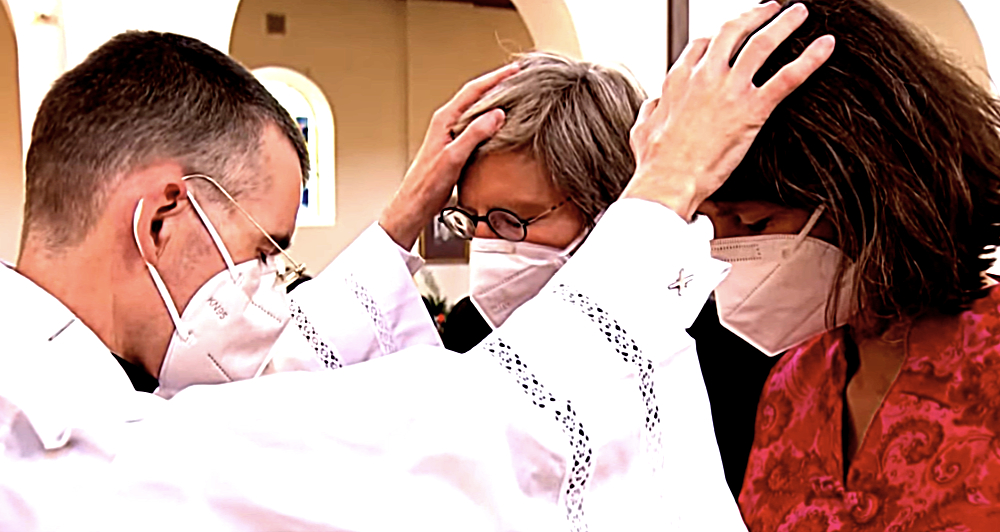 A ROW simmering in Germany over same-sex church blessings is fast reaching boiling point as priests continue to defy a ban on such ceremonies by the Vatican’s Congregation for the Doctrine of the Faith (CDF). 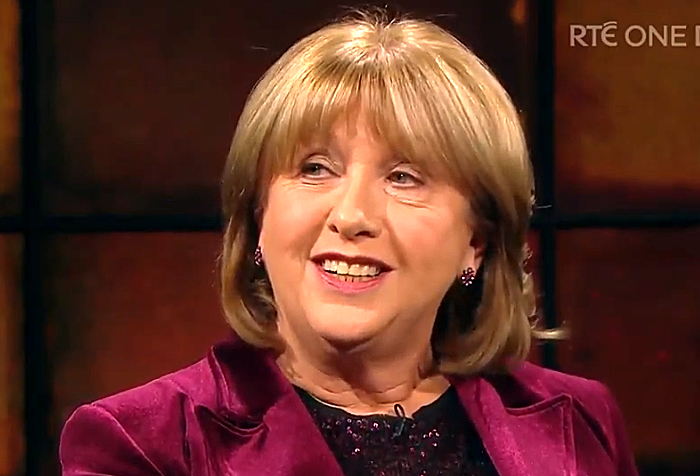 When, in mid-March, the CDF  issued a document that shut down proposals to bless gay couples, the former President of Ireland, Mary McAleese, above, reacted with fury:

Pointing to the fact the the document was published while Ireland celebrated St Patrick’s Day and pastors were blessing pots of shamrocks and even household pets, she said:

Pot plants and chihuahuas are apparently capable of expressing and receiving grace, but you as a sentient human being are not. What a load of piffle.

That sentiment – to the chagrin of the Vatican which does not take kindly to being defied – is shared by Germany bishops who began a begun a “Synodal Path”  together with laypeople to address the issues that that are emptying its pews and coffers.

Blessing same-sex couples, members of the German Synodal Path argued, would be “a symbol” that could encourage LGBTQ Catholics to feel welcome and accepted in their church.

But the CDF wrote in its document, signed and approved by Pope Francis, that God “cannot bless sin” and that doing so:

Would constitute a certain imitation or analogue of the nuptial blessing.

German clergy have been blessing gay couples for a while, but with their latest campaign, “Love Wins,” they are sending a clear message to the Vatican Curia and the Pope that they have no intention of backing down, and around 100 churches are now carrying out blessings.

The President of the German bishops’ conference, Bishop Georg Bätzing of Limburg, has attempted to cool the waters, telling local clergy to stop the blessings, calling them “unhelpful.”

Far-right, homophobic LifeSiteNews has been reporting on these ceremonies with mounting horror. It reported yesterday that, in Berlin, “young faithful Catholics” arrived en masse this week to “prayerfully protest” against all this flouting of CDF rules.

Just how many gathered outside the Jesuit church of St Canisius to remind the faithful that “God does not bless sin?”

Sixteen. That’s sure to have rebel priests trembling with fear.

Because the church had its doors wide open due to COVID-19 rules, the Sorrowful Sixteen were exposed to the “illicit” goings-on inside.

The event itself was Mass, including the distribution of Communion. However, the group described it as ‘a real abomination,’ mentioning that it featured a pseudo-sermon by a woman, ‘cheesy’ songs with harp accompaniment, Communion in the hand, and rose petals strewn at the exit.

In addition to this, the celebrant referred to God as both male and female, ‘God, who is our loving father and loving mother.’ During the sign of peace, the priest allowed ‘lovers’ to embrace and kiss each other.

The reaction to the group of faithful Catholics included some looks of curiosity and disinterest, but only a few people approached the group to engage in conversation.

One who attended the pathetic little demonstration, which took “several days to plan,” said:

I showed up … because even though I knew it would be just a few of us and that the majority of Catholics wouldn’t do anything to stop the horrendous event, I wanted resistance to be present.

When the teachings of the Church are so openly violated, we young Catholics in particular must not stand idly by, but bear witness for Christ the King. It was an uplifting and encouraging experience for me to publicly stand up for the truth with other Catholics.