IN the late 1970s, self-appointed Christian Morality Supremo Mary Whitehouse suffered a backlash after she successfully brought a private prosecution for blasphemous libel against Gay News.

Stung by hostile reaction to the prosecution, Whitehouse began screeching that “everything good and true” in Britain was being undermined by “the humanist gay lobby”. 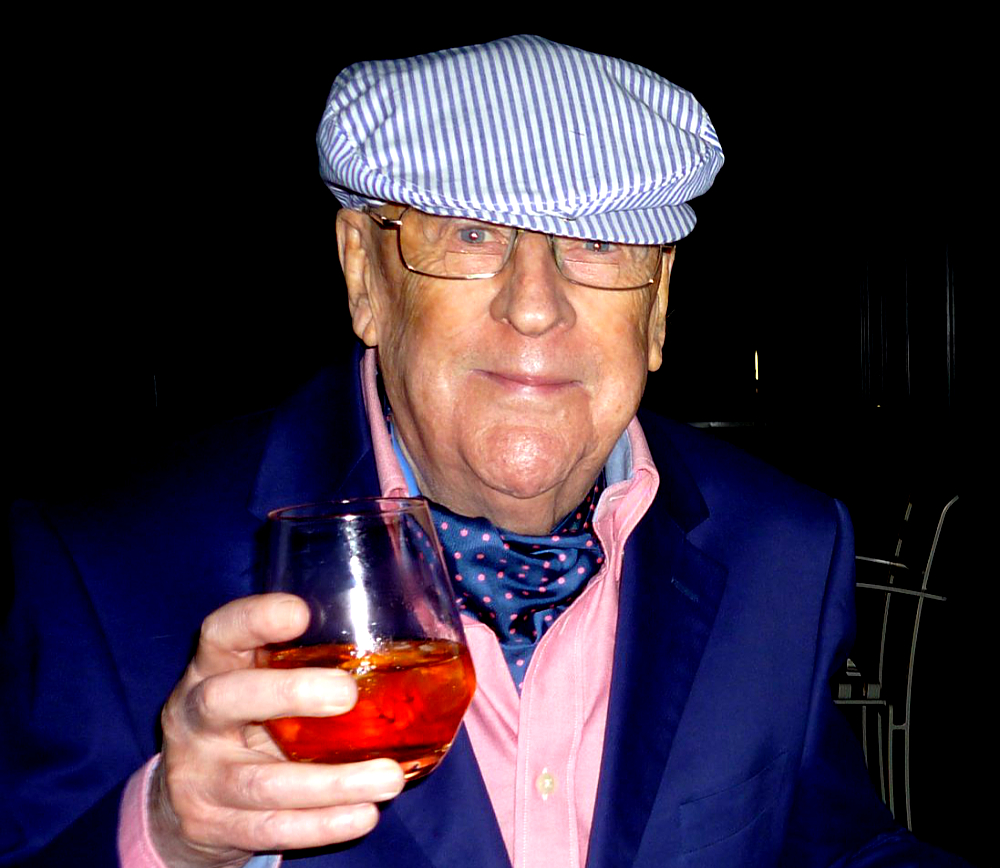 Of course, no such lobby existed except in the deranged woman’s fevered brain, but in 1979 George Broadhead, then a member of the Campaign for Homosexual Equality  (CHE), said “let make it real for Whitehouse” and he organised an ad hoc committee of six to discuss the possibility of creating the world’s first gay Humanist group.

It was to have a threefold purpose: to make gay people aware of the gay-friendly Humanist ethical outlook; to further an awareness among heterosexual Humanists of the widespread prejudice and discrimination suffered by gays whilst encouraging their support; and to play a part in the campaign for gay and Humanist rights.

I was proud to be a member of that founding committee, and the Gay Humanist Group proved more successful than any of us ever dreamed. We seized on every opportunity to ridicule Whitehouse and her supporters and one year year, at George’s suggestion, we created a Whitehouse greetings card, hundred of which we sold at various rallies. 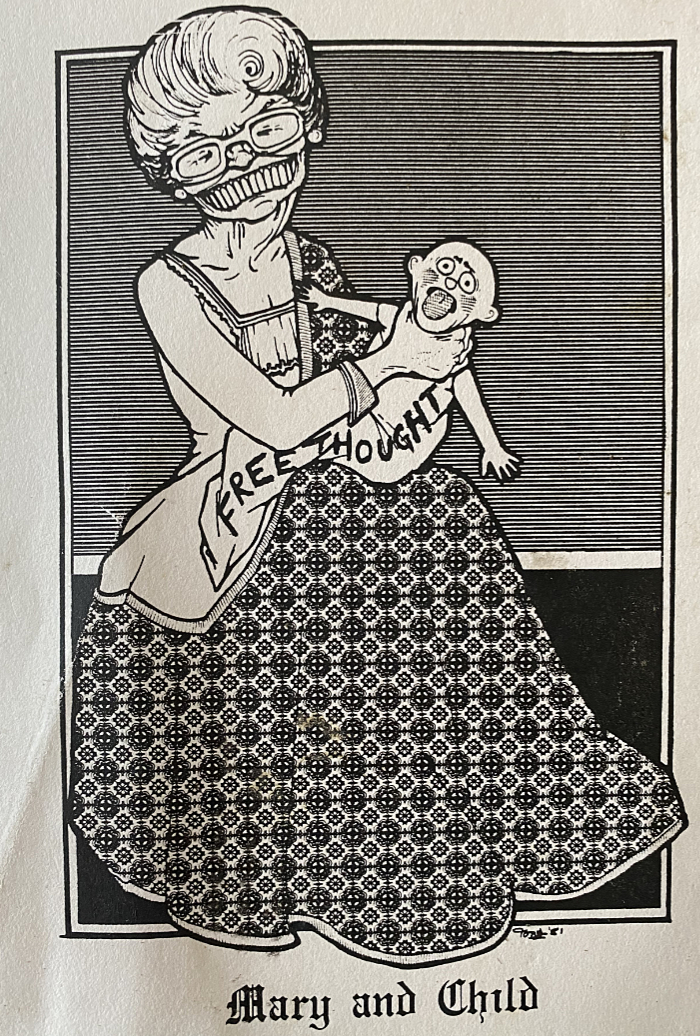 In 1999 the group, by then renamed the Gay and Lesbian Humanist Association (GALHA), celebrated its 20th anniversary. This milestone, at the time, put GALHA in the league of one of the longest established national lesbian and gay organisations in the UK.

Having decided to go ahead, the committee had leaflets printed and a large quantity of these were distributed in Hyde Park at the start of the Gay Pride March in June 1979. This was exceptionally well attended (for that time) by around 8,000 people.

Following the publicity and interest generated by this, a formal launch meeting was held in August at an hotel in Brighton during the Campaign for Homosexual Equality’s annual conference. At that time CHE was still a force to be reckoned with and the conference attracted 600 people.

The speaker at the meeting was Bill McIlroy, a former General Secretary of the National Secular Society, who had already done his first stint as editor of the Freethinker. Bill sounded a warning that the small gains which the gay movement had made within the previous ten years ‘could quite easily be wiped out as a result of the growing influence of evangelical Christians in the corridors of power.’

Our presence in Brighton was met with considerable hostility, not only from Christians but from far-right fanatics who were extremely active in the city in the 1970s.

A half-page advertisement appeared in the Brighton Evening Argus sponsored by 22 local Christian clergymen who stated their strong opposition to the town hosting the conference. In response we invaded the church of one of the homophobic priests, and, during the service staged a silent protest, leaving the congregation stunned.

That church later became defunct and was turned into a popular city centre bar.

This was to be the first of many such direct actions taken by the group over the following years. When Pope John Paul II visited Britain in 1982 we launched POPE (People Opposing Papal Edicts).

In 1984 GHG members took part in a rally to protest against Rugby Borough Council’s ban on employing lesbians and gays. In 1987 we turned up in Wombourne, Staffordshire, to protest a local councillor’s call for gays to be gassed. 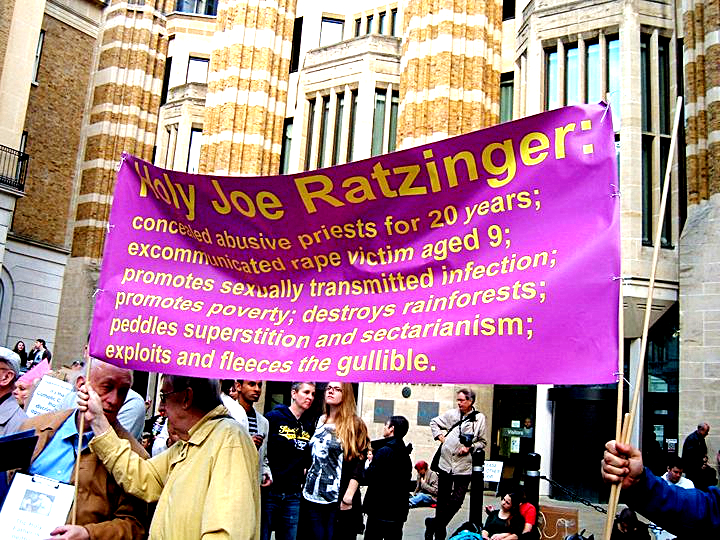 In 2007, when another Pope came to the UK, George and Roy carried a banner at a massive “Protest the Pope” rally.

George served as secretary of GALHA for 25 years, retiring from the post in 2007. At the time GALHA’s Chairman Jim Herrick said:

George Broadhead has been a tower of strength to GALHA. He has undertaken the role of secretary in a voluntary capacity for a magnificent stint of 25 years. Not only has he covered the administration but also the promotion of the association and keeping in touch with members and other gay groups. His enthusiasm and friendliness have been invaluable to GALHA. It is fair to say that in difficult times it has been his determination and tenacity which have kept GALHA going.

George’s achievement is quite magnificent. He has steered GALHA through its highs and lows and been a personal favourite with the members who have always enjoyed his bon vivant personality. But as well as that, he has provided a steady voice against the encroachment and growth of religious homophobia. GALHA and the gay community at large has much to thank George for.

But retirement was not in George vocabulary and he continued as secretary of The Pink Triangle Trust, established as a UK registered charity in 1992. It is the only charity of its kind in the UK.

I worked closely with George to set up the PTT website, and we communicated regularly until late last month when he was admitted to hospital. Yesterday morning (Friday) he died peacefully at his home in Kenilworth, Warwickshire. My heart goes out to Roy Saich, above left, his partner of 57 years, and all those who had the pleasure of working closely with this fiercely determined and tireless man.

George and Roy have been a massive part of my life for over 35 years. My gay humanist mentors, my inspiration, my fellow campaigners and dear, dear friends. Big love to Roy. George was the mainstay of the Gay Humanist Group (later the Gay and Lesbian Humanist Association) and was an active campaigner for the rights of atheists, secularists and the LGBT community right up until the last few weeks of his life.

I’m so pleased his efforts were recognised with awards and he and Roy even got to have a classroom building named after them in Uganda, which was funded by the Pink Triangle Trust charity they founded in 1992. 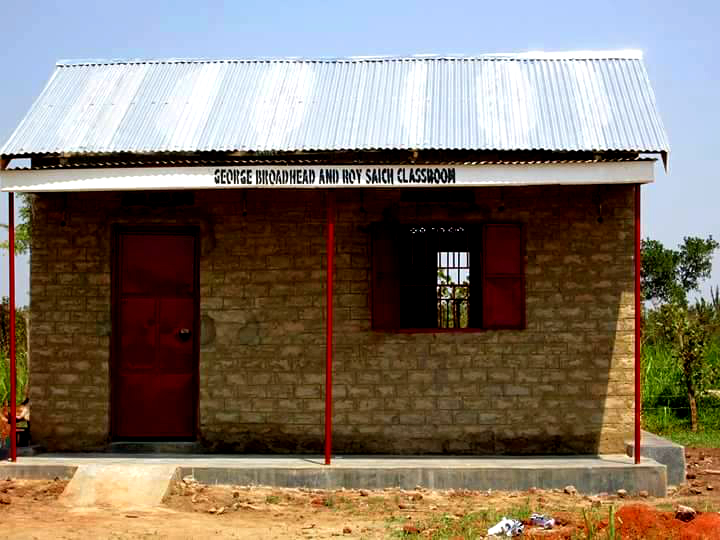 Aside from that, George was a bon viveur – still cutting a fashionable dash in his 80s, fond of limousines, cocktails, fine dining, old films, hotels, jewellery, and art deco.

A legendary charmer with an eye for attractive waiters (he memorised the capitals of all the east European countries, as an opening gambit to chat up what he invariably described as ‘comely’ young men in restaurants!).

Always kind, wise and amusing, he was an incorrigible social butterfly with a twinkle in his eye, loving nothing more than to be surrounded by people in whom he could indulge his appetite for gossip, regaling them with oft-repeated witty anecdotes from times past. An amazing man who will be sorely missed by many. I will be raising a Negroni-filled glass to him this weekend, for sure.

He and Roy were witnesses to my civil partnership in 2014, a law they had played a real part in getting passed here in the UK, through their decades of solid and often thankless campaign work. They wouldn’t claim any credit for that … although, thinking about it, George probably would!

Terry Sanderson, who served as President of the National Secular Society, said:

I have many fond memories of working with George as part of the Gay and Lesbian Humanist Movement. His love of the good things in life – good food and drink, particularly – ensured that our committee meetings were great fun – most of the time.

He always insisted that we go to a restaurant after the meeting and I’m sure that these congenial events were as important to him as the business in hand. I certainly liked being in his company.
He was – as they say – a character. His and Roy’s contribution to the early LGBT movement and to the cause of humanism were significant, and should not be forgotten.

I was in my late teens when I first met George. I had only recently come out and was introduced to him through a close mutual friend while looking for a particular type of non-religious festive card to send out that Christmas.

Apparently, George was the person I needed to speak to. Although he wasn’t able to help with my specific request, we hit it off immediately … and so began my Humanist journey and our long-lasting friendship.

George was an inspiration, he became a mentor to me at that time and, although we had a fairly major falling out along the way, our friendship picked up again, continuing to today. Sadly, we have had much less personal contact in recent years, as things in my own life intervened, but we remained linked nonetheless through our shared passion for the PTT, of which George, rightly so, was always quick to point out was the UK’s only dedicated gay-humanist charity.

George was a towering strength within the LGBT-rights, Humanist and Gay Humanist movements and he deserves to be remembered for that. My thoughts now are with his long-time partner, his husband Roy Saich. I am proud to call both these men my friends. I will never forget George’s kindness and generosity and will always hold him in my heart.

John Marshall, a  former editor of Gay Times and a current trustee of the PTT said:

I first met George in 1976 when I joined a local gay group in Warwickshire, which George had founded. For me, this was a crucial first step in the process of my own coming out. I’ll always be immensely grateful for the support I received at that time.

Some years later, when I was editor of Gay Times, George was often in touch and I became aware that he was a prolific letter-writer to numerous mainstream publications, constantly pushing the case for gay rights and attempting to thwart prejudice wherever it was found – especially if it was inspired by religious dogma.

He was a delightful, sociable man with a good sense of fun. But underneath that easy-going exterior was a steely determination and a relentless commitment to campaigning. A few years ago I renewed my friendship with him and we met regularly for coffee and a chat. I will greatly miss his company and will always remember him as a truly remarkable man. 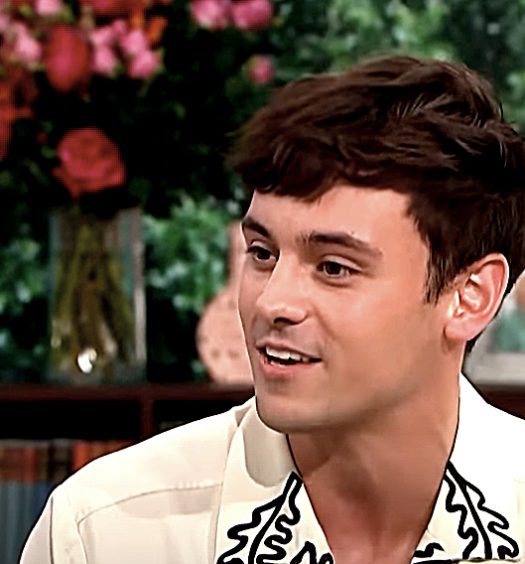 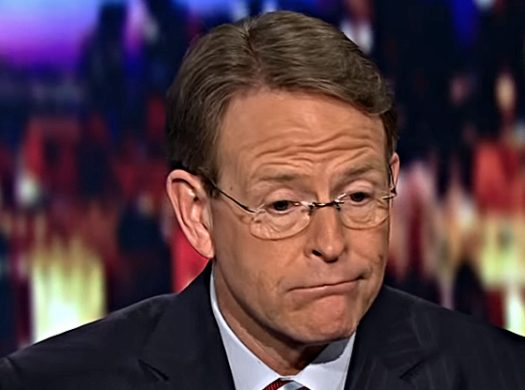