EARLIER this year, a row broke out in South Africa following the release of a gay-themed movie called Inxeba (The Wound). Cinemas were forced to cancel screenings and among its detractors was musician Loyiso Bala, who said he wanted it banned.

The singer took to Twitter to express his disapproval, saying the movie ridicules and disrespects Xhosa culture. “If we, as a country, cannot protect our own cultural beliefs and differences, no one else will do it for us,” he tweeted.

The award-winning movie tells the story of a young black man who returns to the Eastern Cape to help a group of young men taking part in a Xhosa ritual at an initiation school.
The film has been criticised for showing details of rites of passage, and that it features a gay love story.

The film’s cast and director reportedly received death threats and Loyiso was accused of fuelling the fire with his public remarks.

The creators of Inxeba always knew the film would be controversial. But the producers persevered, with no major incidents taking place, except for the public debate on masculinity, cultural appropriation and the lengths communities have to go to protect their traditions.

Quartz Africa’s Lynsey Chutel wrote that “the knee-jerk response to the film, the first South African film  available on Netflix, is mostly linked to media coverage describing it as a gay love story among initiates, but the film is much more than that.

“The film’s producers argue that anyone who actually sees it and engages with its subject matter would immediately understand this. It follows the story of Xolani, played by musician and author Nakhane Touré, a lonely factory worker who also acts as a caregiver to initiates while they are isolated from society in the bush.

“An openly gay city boy is Xolani’s charge this season, threatening to reveal Xolani’s own unspoken truth. Kwanda’s expensive sneakers and his insistence on wearing a nose ring along with his traditional initiates garb challenges notions of traditional masculinity in this rural setting, while his constant clashes with the other initiates openly question what it means to be a Xhosa man. Among the complex set of characters is Vija, a man trapped by his own traditions and social expectations of who must be as a man.”

Critics argue that the film threatens to reveal the secrets of ulwaluko, Xhosa initiation rituals that are purposely shrouded in mystery. Each year, thousands of South African boys undergo circumcision as a rite of passage across several different cultures.

The age-old practice has come under modern scrutiny for initiate deaths at the hands of unscrupulous practitioners. While there have been attempts to regulate the practices, and modernise the tools and aftercare used, the vast majority of South Africans know few details of what goes on in the mountain.

Most proponents of initiation believe that’s exactly how it should stay.

While the film is set among the temporary huts of the initiates (which will be burned down once they are men), it depicts little that is not already known by the public. The circumcision that marks the initiation process is dealt with sensitively.

Its questions about manhood and being gay in South Africa are what drive the story in a country where same-sex marriage may be legal, but homophobic murders are rarely adequately prosecuted. This is also not the first time LGBTQI rights have been discussed within this rite of passage. It isn’t even the first time the process has been publicly discussed, as former president Nelson Mandela described his own experience in his bestselling memoir Long Walk to Freedom.

“It is not okay to subjectively delve into traditions and practices you are not a part of under the guise of sparking debate and engagement,” wrote Lwando Xaso and Zukiswa Pikoli, directly addressing John Trengrove, the film’s director. “It is not your place because you are not speaking as a member of that society.” Trengrove is a white South African.

In what was one of the more trenchant criticisms of the film, the two Xhosa women writers argued that it was not the place of a white man to tell this story.

Chutel added: “That Trengrove wrote the screenplay with author Thando Mgqolozana, a black man who also happens to be the founder of an all-black literary festival, is seen as a ‘cheapening of our people,’ they argued.

“Inxeba has sparked a lot of conversations that are prompting more publicity than the low budget film could have hoped for, but it has been a painful experience for the producers and stars, who have endured death threats. In spite of this, it has managed to do what good art should: evoke uncomfortable but necessary conversations. Preventing screenings of Inxeba/The Wound won’t silence those questions.

Peter Bradshaw, writing for the Guardian, said “The wound of the title has a number of metaphorical applications, mostly to do with the agony involved in suppressing the truth about your sexuality, and also in revealing it … Moreover, Kwanda – played by Niza Jay Ncoyini – himself is gay and wishes to be open about it. He tells Xolani that he himself is the real man, not these supposed elders whose rituals are regressive and avoidant – a way of retreating from actual manhood.”

Bradshaw wrote that “coming of age” is usually a syrupy Hollywood genre, and it’s bracing to find it given such an unsentimental expression in Inxeba – and to see that it applies not only to adolescents, but to adults, too. 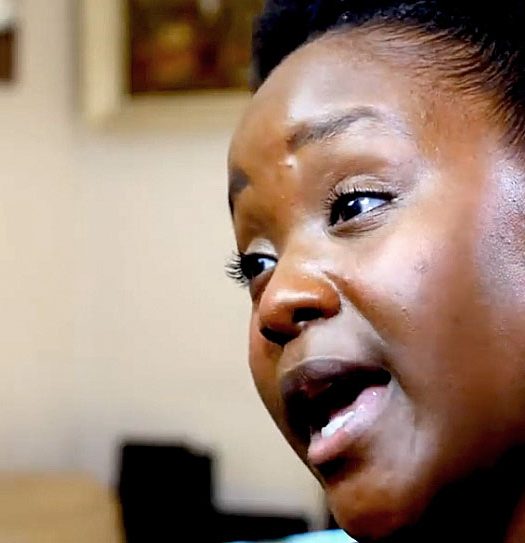