By Andrew Spitznas  •  2 years ago

Seven-year-old Sasha has always known she was a little girl, even though she was born a boy.

IN MY experience, transphobia and all forms of LGBT-phobia are best conquered through personal stories. Whether in real life or on the movie screen, stories were decisive in my own migration away from socially and religiously based homophobia 15-20 years ago.

This leads me to hope that Little Girl, a delicate blossom of a documentary from France, will earn a wide audience. In its intimate portrait of one girl, her family, and community, it illustrates rather than preaches the reality of gender dysphoria, the relief in working through it, and the hurtful consequences of its denial.

With no introduction, Little Girl drops us into Sasha’s life. On first look, she’s like any other 8 year old, trying on a princess outfit in her bedroom before going outside to enjoy a raucous snowball fight with her parents and 3 siblings.

Shortly afterwards, Sasha’s mother is taking her to their pediatrician, where mom pours out her heart.  Sasha was born with male genitalia but since toddlerhood has consistently, emphatically identified as a girl. Tearfully, mom recounts Sasha’s devastation at age 4, when out of well-intended ignorance, mom told Sasha she’d never be a girl.

The pediatrician listens sympathetically as mom explains that she’s phoned multiple psychiatrists in their home city of Reims, never getting a callback for an appointment. Hearing this, the pediatrician refers Sasha to a specialty clinic in Paris, a 45-minute train ride away.

Ten minutes into this documentary, an effective rhythm is established. We’ll observe moments of ordinary life – commuting to school, a day at the beach, snuggling in front of the TV – alternating with family sessions with Sasha’s psychiatrist, plus one-on-one camera interviews with her parents and older sibs.

Throughout Little Girl, it’s clear that Sasha won big in the family lottery. Dad tells the camera it’s not a matter of “tolerating” Sasha’s difference, but loving her in the best way possible. Sasha is “my kid, period.”

Mother soaks in the education from the first psychiatric visit like an ultra-absorbent sponge. When the psychiatrist defines gender dysphoria – exemplified by Sasha’s loathing of her penis, desire to have a girl’s sexual traits, and her determination to dress and play in classically feminine ways – you can see a burden lift off mom’s shoulders. When the doc informs Sasha there are other kids like her, it’s delightful to note a trace of a smile appear at the corners of her mouth.

The rest of Little Girl ripples out from that first appointment. Given the green light for Sasha to try on girlhood, the family consistently uses female pronouns. Mom takes her shopping for dresses and a bikini swimsuit. Sasha arranges her first playdate at home, finally unashamed to reveal the Barbie collection in her bedroom.

On the down side, Sasha and her parents imbibe their first deep drinks of transphobia. Her ballet teacher humiliates her, while the school principal is a no-show for a conference with the psychiatrist, set up to strategize Sasha’s coming out as a girl to her classmates. 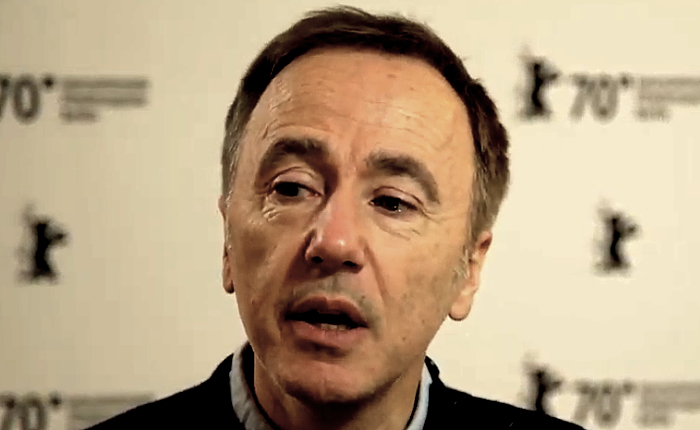 Little Girl’s director, Sébastien Lifshitz, above, has been crafting LGBT-themed stories for over two decades; his 2012 film, Les Invisibles, took home a César, the French equivalent of an Oscar. It’s one of the joys of a film festival, virtual or otherwise, to make a new acquaintance with such a superb artist.

Reading his bio, it’s no surprise that Lifshitz has been a tutor at La Fémis, France’s leading film school.  For Little Girl could serve as a masterclass on how to organically generate empathy in a documentary.  Through close-ups on his subjects’ faces, we become deeply invested in their daily triumphs and heartbreaks:  we celebrate when the first classmate refers to Sasha as elle, we cry as she sheds silent tears when nodding along to the psychiatrist’s description of gender dysphoria.

Lifshitz’s musical discernment is equally worthy of emulation. Scenes are accompanied by gossamer selections from living British composer Jocelyn Pook, plus string arrangements of older works by Dvorak and Debussy. At first, I chafed on hearing Maurice Ravel’s Pavane, overused in film only a few degrees less than Leonard Cohen’s “Hallelujah.”  But on further reflection, what better time to play a gentle piece honoring a graceful princess?

As a year-in-the-life portrait, Little Girl understandably lacks tidy closure. Perhaps it’s too much to ask for more courage and transparency from this family, but I’m hoping Lifshitz will return to Reims every few years, to give us updates on Sasha.

• Andrew’s review first appeared here. It is reproduced with his permission. 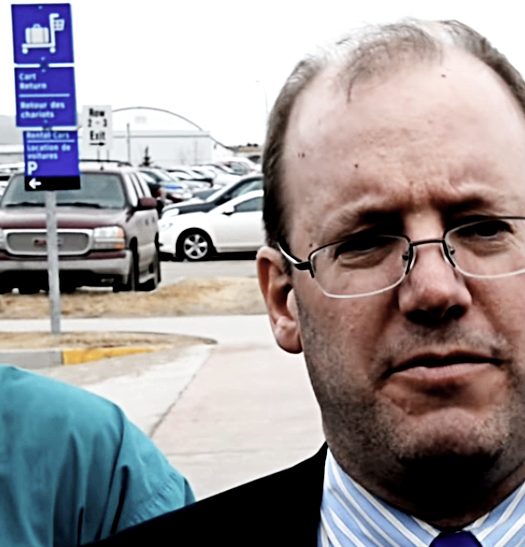 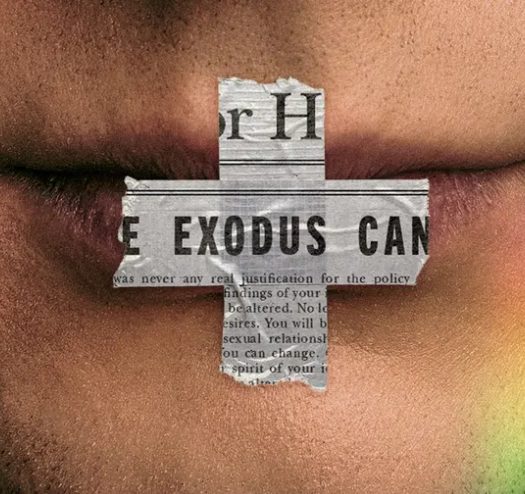 ‘Pray Away’: The Rise, Fall, and Rise of Faith-Based Homophobia...

Read More
‘Pray Away’: The Rise, Fall, and Rise of Faith-Based Homophobia
Submit a Comment