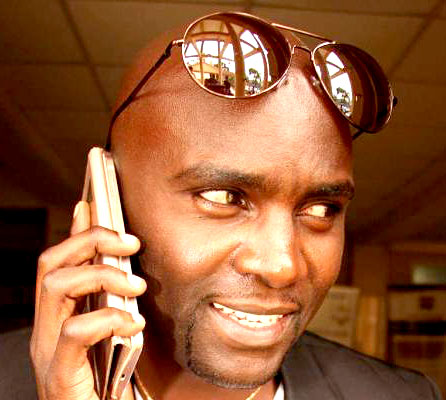 Who is afraid of atheism on 21st-century Kenya

Who is afraid of atheism on 21st-century Kenya

At the beginning of 2016, the Kenyan authorities took a bold step by registering the Atheists in Kenya Society as a legal entity. But in the face of religious opposition, within months they suspended the registration. In this article, LEO IGWE, prominent Nigerian sceptic and human rights campaigner, reports on this disgraceful development.

RECENT reports from both local and international media have highlighted strains between a small atheist group, Atheists in Kenya (AIK) and mainly Christian religious organisations in the country. These reports have focused mainly on the controversies surrounding the efforts of the group to gain local recognition and be registered under Kenyan law.

This move elicited opposition from religious organisations and state officials. In this piece, I argue that these controversies, though understandable, are completely unnecessary and unhelpful to the nation of Kenya. The hostile reactions that the registration of AIK has generated are clear indicators of intolerance, fear and fanaticism.

This is highly unexpected of a democratic Kenya that claims to uphold the rights and freedoms of its citizens. So what then could have been the reason behind the hateful and discriminatory attitudes against atheists in this country? There has been tension in the country after an unsuccessful attempt by the AIK to get the government to cancel a public holiday and a day of prayer which it declared during the papal visit to Kenya in November last year.

Harrison Mumia, left, the leader of the group, argued in court that to observe such a holiday was “unfair, contemptuous of the constitution and discriminatory” because it violated provisions in article 8, 9 and 32 of the Kenyan constitution.

Some segments of the Kenyan press described the demand as “ludicrous, disrespectful [of the Pope] narrow-minded and a publicity stunt”.

In a lawsuit, Mumia argued that not all Kenyans were Catholic and thus the entire population should not be compelled to observe a public holiday and a day of prayer in honour of the visit of the head of the Catholic Church.

What is wrong in filing such an action? Is this not an issue that the Kenyan court and the public should have critically considered without casting aspersions on the atheist group?

Considering that the Kenyan constitution guarantees equality of all Kenyans before the law, and the fact that no Kenyans should be discriminated against on grounds of religion or belief, this could be interpreted to mean that Kenya should observe a public holiday when all heads of theistic or non-theistic groups are visiting or observe no such public holidays at all.

If the government of Kenya does not observe a national holiday and a day of prayer in honour of such visits, does that not amount to discrimination? What is wrong in opposing the observance of such a holiday on grounds of discrimination against atheists and other faith/belief minorities? Does opposing the observance of a public holiday in honour of the Pope’s visit discriminate only against atheists? Is it not an endorsement of religious privilege? Is privileging a religion not against the nation’s secular constitution? What is wrong in seeking to address this conflict in the court of law?

Well the Pope visited and the public holiday was observed. However, the move that the atheist group made left a bitter taste in the mouths of many “faithful” Kenyans.

Similar hostile reactions were accorded the atheist group when they demanded that the teaching of Christian and Islamic religious education in schools be scrapped. To put it in proper perspective, the group is actually demanding for an end to religious indoctrination in schools because that is what these subjects, as currently taught in schools across Kenya, are about.

AIK is not opposed to informing pupils about religion, about the social and historical facts, but they are against coercing children to accept religious myths and dogmas as facts under the guise of Christian or Islamic religious education. The nation of Kenya is today suffering as a result of religious indoctrination of youths.

Jihadist members of al Shabaab are products of Islamic indoctrination. They pose serious danger to peace, security and development in Kenya. Al Shabaab militants have attacked the country several times and killed many of its citizens. If there is one country in Africa that should seriously consider this proposal to revise religious education in schools, it is Kenya. Thus this proposal is not merely for the good of atheism. It is for the benefit of all Kenyans.

The atheist group has also questioned the practice of praying for patients at state hospitals. Let’s face it. Prayer has been proven to have no medical value and given the assumed mechanics of prayers, people who conduct them do not really need to be physically present at the premises of state hospitals to let people know that they are really doing something that could enhance the recovery of patients.

AIK is demanding that education and religious indoctrination, prayers and evidence-based medicine be kept separate.
Are these not legitimate demands?

Unfortunately, certain groups of people in Kenya have observed that by making these demands, AIK was overstepping its constitutional boundaries.

However, Kenya is a free and democratic society, isn’t it? The constitution guarantees freedom of thought and expression of its citizens. Thus the AIK has not violated the provisions of the constitutions in any way. In fact by making these thoughtful demands, the members of this group are actually exercising their constitutional rights.

Furthermore, the atheist group’s effort to register the body attracted heated debates. To operate as a legal entity, AIK had to register with the relevant authorities.
However, this did not augur well with the authorities, at first. They refused the application on the ground that incorporating the group would undermine “peace” and “good order” in the society. AIK protested the decision and the authorities eventually issued AIK a certificate of incorporation.

However, many Christian evangelical groups and religious believers in the country received news of the registration with mixed reactions. There have been several calls for de-registration of the AIK. One of the Christian clerics, Bishop Margaret Wanjiru described the registration as unconstitutional. She based her opposition on the notion that the constitution of Kenya acknowledged the existence of “the sovereign God” and the atheists did not.

In the same vein, the Vice Chair of the Kenyan National Congress of Pentecostal Ministries, Stephen Ndichu, described the registration of AIK as “abominable”. He stated that it was foolhardy to act as if there was no God and worse still to try to “validate that theory by registering an association”.

Also, some Kenyans have equated the registration of the AIK to licensing devil worship. Many religious believers in the country entertain this absurd notion that atheists are Satanists and devil worshippers. They have forgotten that atheists do not see any evidence for the existence of a god or the existence of the devil. For atheists, both God and Satan are figments of human imagination. Put simply, there is no devil for atheists to worship. Thus it is evident that the opposition to the registration of the AIK was baseless and misinformed.

Hence, it was surprising to read that, following the complaints from the religious and theistic public in Kenya, the authorities have suspended the registration of the AIK. The attorney general said that the nation’s Supreme Court would determine the legality of the registration of AIK.

I therefore urge the government of Kenya not to bow to this campaign of blackmail and pressure from those who endorse the discrimination against atheists because their holy scriptures and traditions say so. Opposition to the registration of AIK is informed by creedal insecurity and fanaticism of those who, for no just cause or reason, are afraid of atheists and atheism.

The government should not allow itself to be used to legitimise religious intolerance, fear and hatred of atheists in Kenya.

Read More
From the archive: From would-be nun to atheist