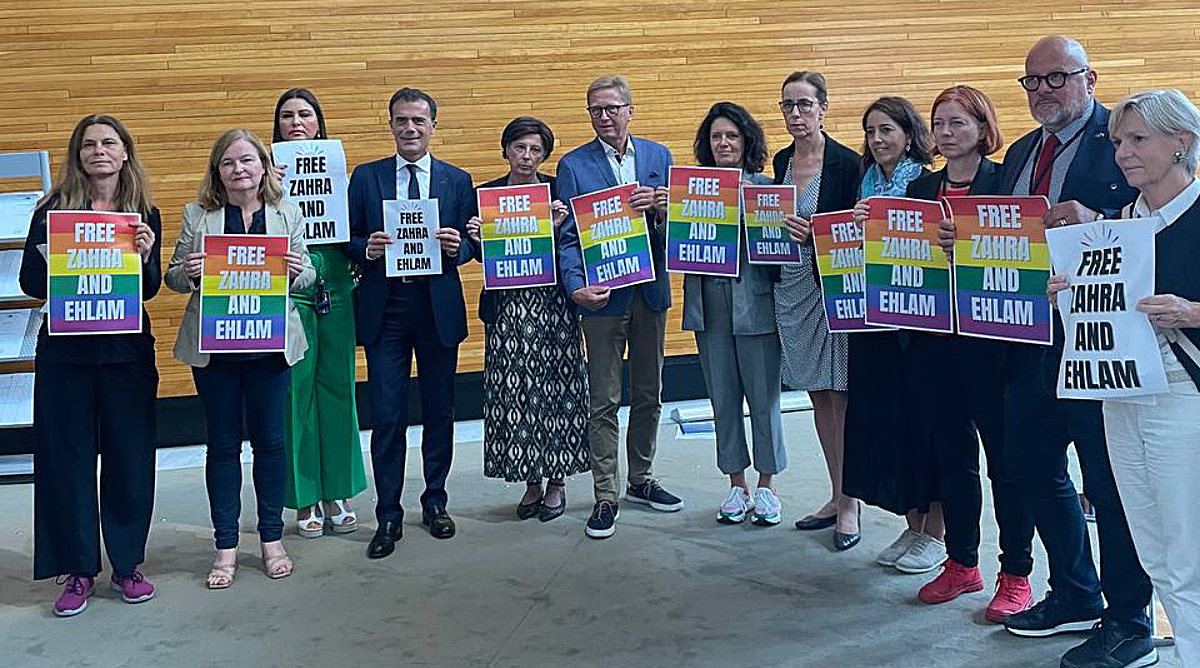 More than 87,000 people have called for their release. Please add you name to an AllOut petition.

Human Rights group Amnesty International has condemned the Islamic Republic of Iran for sentencing two LGBT+ activists to death on charges of “corruption on earth through the promotion of homosexuality.”

On Wednesday the group called on the Islamic Republic “to immediately quash the convictions and death sentences,” and release Zahra Sedighi-Hamedani and Elham Choubdar.

It reported that the sentence was handed down by the Revolutionary Court of the city of Orumiyeh (Urmia), in West Azarbaijan province against Sedighi-Hamedani, 31, known as Sareh, and Elham Choubda, 24.

Another woman, Soheila Ashrafii, 52, was involved in the joint case, but her verdict has not been issued yet.

In July, Iran’s Revolutionary Guard said Sedighi-Hamadani was charged with “trafficking Iranian women” to Erbil, in Iraqi Kurdistan, referring to her as Zahra Mansouri Hamedani. She was first arrested on charges linked to an appearance in a BBC documentary on gay rights in Iraqi Kurdistan.

She was arrested while trying to cross the border and seek asylum in Turkey on October 27, 2021. She was held in solitary confinement for 53 days, during which, the Revolutionary Guard subjected her to intense interrogations, insulted her identity and appearance, threatened to execute her and to take away custody of her children.

On January 16, Sareh was accused of “spreading corruption on earth,” including through “promoting homosexuality”, “communication with anti-Islamic Republic media channels” and “promoting Christianity.”

We strongly condemn the death sentence of Sedighi-Hamadani and Choubdar, and call on the authorities to suspend their executions and quash their sentences as soon as possible … The authorities must ensure the health and well-being of both women and release them immediately.

While the court decision and sentencing order are not public, experts have been informed that the charges related to speeches and actions in support of the Human Rights of lesbian, gay, bisexual and trans and other gender diverse (LGBT) people who face discrimination in Iran on the basis of their sexual orientation and gender identity.

Experts have also received reports detailing that the trafficking charges against the women were related to their efforts to help at-risk individuals leave Iranian territory.

The experts have expressed concern to the Government of Iran that the two women may have been arbitrarily detained, ill-treated and prosecuted on discriminatory grounds of sexual orientation or gender identity, including the criminalization of LGBT persons, whose rights they were defending through peaceful action.

We call on Iran to repeal the death penalty and, at a minimum, reduce the scope of its application to only criminal actions that reach the threshold of the most serious crimes.