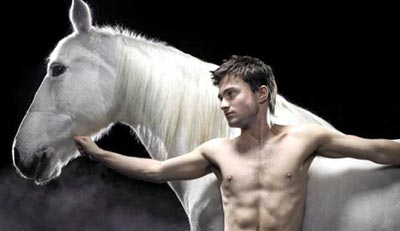 IN the bad old days when homosexuality was regarded as an “illness”, health professionals, mainly in the first half of the twentieth century, often resorted to behavioural aversion therapy with electric shocks to affect a “cure”. These, and other “gay cure” treatments rarely worked and were subsequently abandoned because of the harm they did.

IN the bad old days when homosexuality was regarded as an “illness”, health professionals, mainly in the first half of the twentieth century, often resorted to behavioural aversion therapy with electric shocks to affect a “cure”. These, and other “gay cure” treatments rarely worked and were subsequently abandoned because of the harm they did.

But, according to the British Medical Journal, it was only in 1992 that homosexuality was removed from ICD-10 (International Classification of Diseases, 10th revision).

A BMJ study showed the negative consequences of defining same-sex attraction as a mental illness and designing treatments to eradicate it. A study it carried out concluded:

It serves as a warning against the use of mental health services to change aspects of human behaviour that are disapproved of on social, political, moral, or religious grounds.

Although reputable therapists then ditched attempts to “cure” gays, the field was left open to battalions of religious quacks who believed that it was possible to “pray away the gay”, and there exists a disturbing number of ministries which today are doing untold harm, mainly to young lesbians and gays, with a variety of religious-based therapies.

The dottiest of these programmes, we learned today, is a “neigh away the gay” therapy being offered by The Cowboy Church of Virginia, led by chief pastor Raymond Bell. His “Equine Assisted Psychotherapy” involves some sort of interaction with horses, and The Inquisitr suggested that Bell’s therapy:

Seems to have a bit more in common with Equus than Jesus.

The Inquisitr pointed out that the details of the practice aren’t incredibly clear, even on the church’s page explaining the therapy.

It kind of seems like this ‘horse psychotherapy’ assumes that interacting with horses will cause gay men to abandon their stereotypically feminine interests in favor of cool masculine things that typify the iconic American hero: The cowboy.

No word on whether or not the folks at the Cowboy Church of Virginia have ever even heard of the film Brokeback Mountain.

This is how the church uses psycho-babble to describe the therapy:

Equine Assisted Psychotherapy (EAP) offers experiential psychotherapy sessions to diagnosed or diagnosable clients. Natural horse and herd behavior are observed and honored as a model for healthful human behavior. Equine-assisted exercises are designed to elicit metaphors and self-awareness. These exercises help clients recognize their own behaviors and patterns and create their own solutions.

GayStarNews contacted Bell to get more clarity on the practice. He told them:

EAP can help any person who is living the homosexual lifestyle or involved in it in anyway. The first common misconception is that homosexuality is genetic, or hereditary, or as some say ‘born this way.’ Homosexuality is actually a type of addiction. It is not ‘curable’ as a disease because it is a ‘choice driven’ by the person.

Gay Star News notes that it can supposedly make gay men more masculine and that it is used to: Identify how a person got ‘involved’ in homosexuality to begin with… for example, because of rape, abandonment, lacking a male role model, abuse and having low self-esteem.

Thanks to the ambiguity of “Equine Assisted Psychotherapy,” some outlets reporting on the subject are taking expected liberties with this story, says The Inquisitr. Wonkette deadpans that EAP:

Requires the work of licensed professional heterosexual romance therapy horses, and the men of God who offer them up for gay men to jerk them off or whatever, I don’t understand how Jesus therapy works.

The Huffington Post points out that “conversion therapy” has become a hot topic in recent months as California became the first state to outlaw the practice on minors.

Though a bill was passed by the California Legislature and was set to take effect on January 1 after being signed into law by Governor Jerry Brown in September, last week the 9th US Circuit Court of Appeals issued an emergency order putting the law in limbo until it can hear full arguments on the issue.

We leave you on a “proud to be gay cowboys” note: 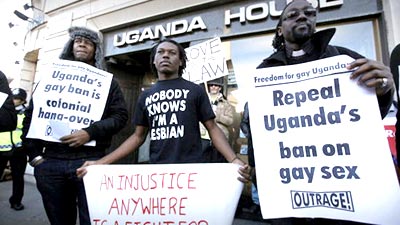