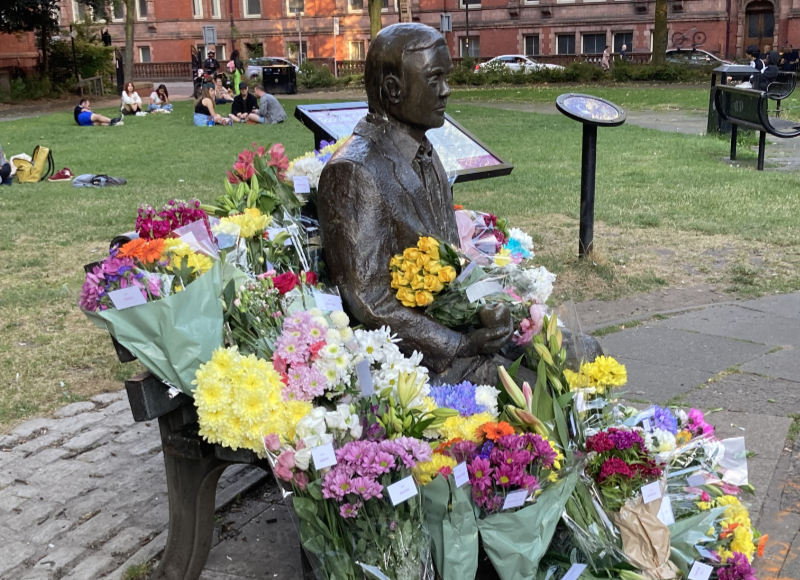 A Manchester statue of the gay atheist, known as the father of modern computer science, centres attention on Special Effect, a UK based charity which uses video games and technology to enhance the quality of life of people with disabilities.

The Alan Turing Memorial, situated in Sackville Park, was unveiled on June 23, Turing’s birthday, in 2001. It was conceived by Richard Humphry, a barrister from Stockport, to celebrate the life of the pioneering British computer scientist and World War II codebreaker.

Later, in 2013, a “Flowers for Alan Turing” initiative was established to raise funds for eQuality Time, and today (June 23) visitors to Sackville Park saw the statue festooned with flowers.

The charity’s mission is to harness original critical thinking to solve problems of inclusion and equality through the use of technology and education. It raises around £50,000 a year for its work.

Since 2013, it has raised over £10,000 for the amazing Special Effect, a UK-based charity which uses video games and technology to enhance the quality of life of people with disabilities. It’s website says:

We want everyone to be included. That’s why we’re transforming the lives of physically disabled people right across the world through the innovative use of technology. At the heart of our work is our mission to maximise fun and quality of life by helping people control video games to the best of their abilities

Since 2013 this annual event has grown with more and more people coming together to celebrate Alan Turing’s life and legacy. A life that should have been celebrated during it. Small charities like Special Effect and Equality Time rely on enthusiasm with which people support our activities, and we’re so grateful for every donation and bunch of flowers.

Richard Humphry came up with the idea of having a statue in Manchester after seeing Hugh Whitemore’s play Breaking the Code, starring Sir Derek Jacobi.

Turing is believed to have committed suicide in 1954 two years after being convicted of gross indecency. According to Wiki, on January 1952, Turing was 39 when he started a relationship with Arnold Murray, a 19-year-old unemployed man.

Just before Christmas, Turing was walking along Manchester’s Oxford Road when he met Murray just outside the Regal Cinema and invited him to lunch. On January 23, Turing’s house was burgled. Murray told Turing that he and the burglar were acquainted, and Turing reported the crime to the police. During the investigation, he acknowledged a sexual relationship with Murray.

Homosexual acts were criminal offences in the UK at that time, and both men were charged with “gross indecency” under Section 11 of the Criminal Law Amendment Act 1885. Initial committal proceedings for the trial were held on 27 February during which Turing’s solicitor “reserved his defence”, i.e., did not argue or provide evidence against the allegations.

Turing was later convinced by the advice of his brother and his own solicitor, and he entered a plea of guilty. The case, Regina v. Turing and Murray, was brought to trial on 31 March 1952. Turing was convicted and given a choice between imprisonment and probation. His probation would be conditional on his agreement to undergo hormonal physical changes designed to reduce libido.

He accepted the option of injections of what was then called stilboestrol (now known as diethylstilbestrol or DES), a synthetic oestrogen; this feminization of his body was continued for the course of one year. The treatment rendered Turing impotent and caused breast tissue to form.

Murray was given a conditional discharge.

Turing’s conviction led to the removal of his security clearance and barred him from continuing with his cryptographic consultancy for the Government Communications Headquarters (GCHQ), the British signals intelligence agency, though he kept his academic job. He was denied entry into the United States after his conviction in 1952, but was free to visit other European countries.

In August 2009, British programmer John Graham-Cumming started a petition urging the British government to apologise for Turing’s prosecution. The petition received more than 30,000 signatures. Prime Minister at the time, Gordon Brown, acknowledged the petition, releasing a statement on September 10, 2009, apologising and describing the treatment of Turing as “appalling”:

Thousands of people have come together to demand justice for Alan Turing and recognition of the appalling way he was treated. While Turing was dealt with under the law of the time and we can’t put the clock back, his treatment was of course utterly unfair and I am pleased to have the chance to say how deeply sorry I and we all are for what happened to him … So on behalf of the British government, and all those who live freely thanks to Alan’s work I am very proud to say: we’re sorry, you deserved so much better.

A plaque at the statue’s feet says “Father of computer science, mathematician, logician, wartime codebreaker, victim of prejudice”. There is also a Bertrand Russell quotation saying “Mathematics, rightly viewed, possesses not only truth, but supreme beauty—a beauty cold and austere, like that of sculpture.”

In September 2017 a re-enactment of the trial was performed, with surreal interludes and an epilogue, in the room where the original trial was held – now part of the Courthouse Hotel, Knutsford.  Watch it here:

You would like to make a donation to “Flowers for Turing” here. 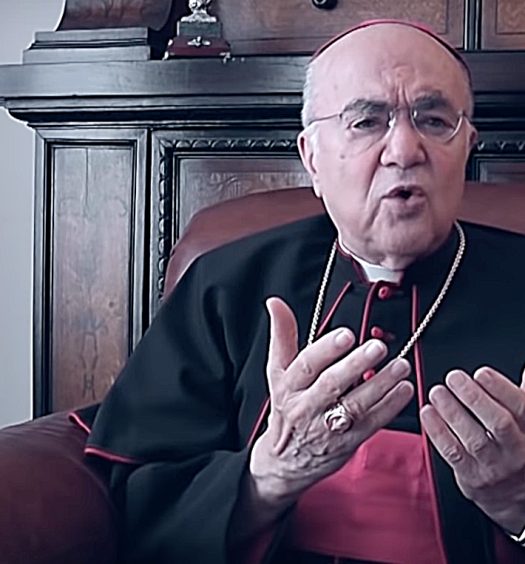 Members of LGBT+ communities in Russia feel the heat as Putin pursues its r...