KLINGENSCHMITT, court-martialled in 2006 by the US Navy for insubordination, has a very unhealthy obsession with members of LGBT communities, and has said some pretty outrageous things about them since starting his Pray In Jesus Name Project.

But the former naval chaplain surpassed himself after hearing President-elect Joe Biden thanked “gay, straight and transgender” voters in his victory speech.

Klingenschmitt’s main concern according to The Freethinker, is that Biden has a plan to form a “transgender atheist army for the antichrist”.

In a recent newsletter the Christian crackpot declared that Biden is  out to “transgenderise the military” and:

Punish Christian troops. Female solders and students will be forced to share common showers and rooms with cross-dressing men or boys with male anatomy, within hours of Biden’s inauguration.

Christian troops who object to sharing co-ed showers and bunks with opposite gender anatomy will be vilified as ‘discriminators’ and punished, demoted, discharged or court-martialed.
Mark my words. The devil wants an atheist army for the antichrist, soon.

Klingenschmitt claimed that the Equality Act, which would protect LGBT+ people from discrimination, would provide protections for those who commit incest, necrophilia, pedophilia and zoophilia.

In 2015, when the Boy Scouts National Executive Board lifted a ban on gay scout leaders, Klingenschmitt said they should be “drowned”. Speaking on his YouTube show Pray in Jesus Name, he said:

If your boy is in one of those organisations, you need to get the out of there because what they’re going to do is promote homosexual men to mentoring and camping with your boys in the woods and it will lead to child abuse.

These gay child molesters to be tossed into the sea and drowned than to be allowed to cause a child to sin.

In 2018, he claimed that Sesame Street writer Mark Saltzman, who said he thought of Bert and Ernie as gay, was trying to:

Recruit the children of heterosexual couples. Mark Saltzman, by projecting his sexuality upon beloved children’s puppets, he is actually trying to recruit children into his perverse lifestyle so that he can eventually recruit them to become what he is.

Homosexuals, because they don’t have their own children, they have to recruit the children of heterosexual couples in order to continue and propagate their own population of available sex partners.

He has also claimed that gay people should not serve in the military because they were “taking breaks on the combat field to change diapers all because their treacherous sin causes them to lose control of their bowels”, that LGBT+ people want the right to have sex in Christians’ houses and that Caitlyn Jenner is possessed by demons.

I found him to be totally untruthful, unethical and insubordinate. He was and is contemptuous of all authority.

He’s also as crazy as a boxful of of frogs; a living example of how religion turn a person’s mind into a bubbling cauldron of hate. 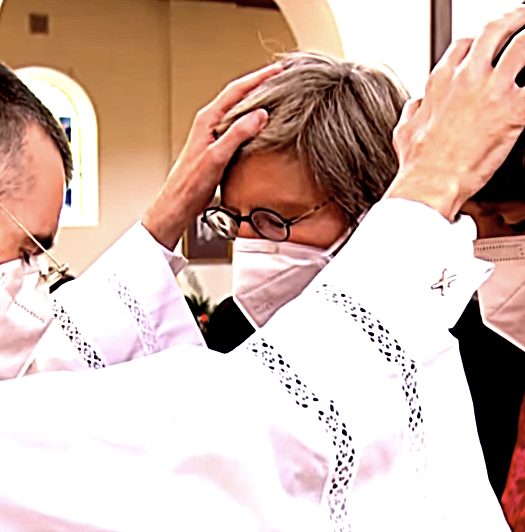