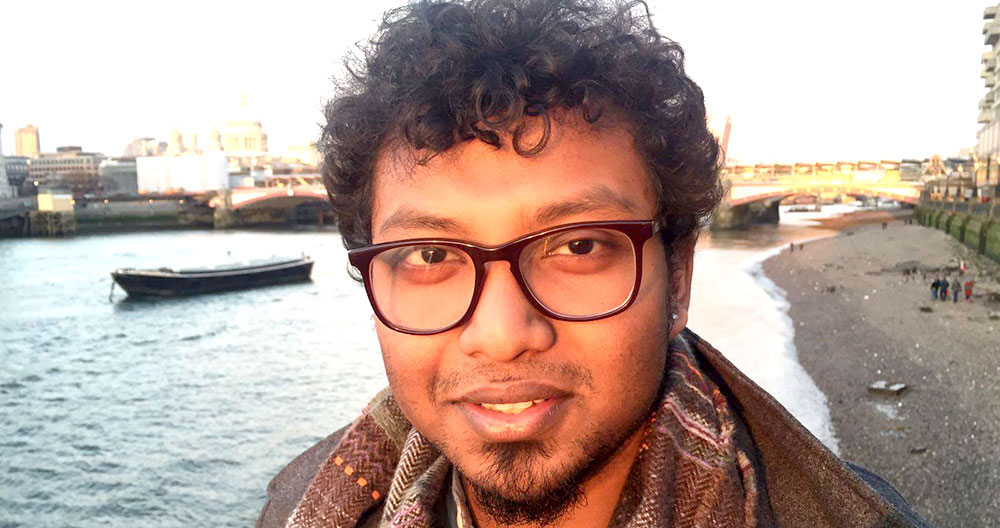 London councillor hits out at distributors of anti-LGBT leaflets

London councillor hits out at distributors of anti-LGBT leaflets

LABOUR  councillor Rohit Dasgupta, above, has lashed out at a fundamentalist Christian campaign that used fake news to attack new relationship education lessons.

Other leaflets said parents “will be questioned on the day of judgement” if they do not challenge the lessons.

Dasgupta said local officials had a “duty” to counter the “misinformation”.

The campaign said it stood by the leaflets’ other claims – including that relationships education lessons would promote “transgenderism and homosexual lifestyles”.

Teaching children from a very early age, that they might be one of 2% of the population who have sexual love for their own sex, hijacks and potentially perverts the course of natural child development.

For example, children of primary school age are generally friends with members of the same sex. If a young girl “loves” her same-sex best friend, she could be led to think, utterly erroneously, “I am gay”.

The government wants primary schools to include teaching about things like single parents, adoption and same-sex relationships – but said it will be for individual schools to decide what is “age appropriate”.

The proposal has led to leafleting campaigns and hundreds of mainly Muslim campaigners protesting at the gates of some primary schools, most notably in Birmingham.

There were fears the row was “being exploited” by Islamist and far-right activists. 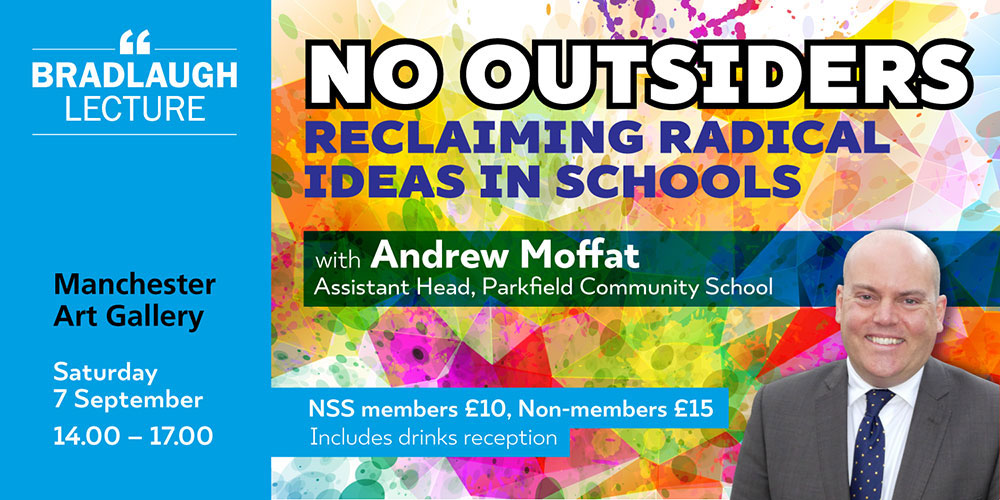 Some parents there objected to a set of teaching resources called No Outsiders, which includes stories about a boy who wants to dress as a mermaid, and a penguin who has two fathers.

With the new school term approaching, Dasgupta described the leaflets being handed out in his area in Newham, east London, as a form of “intimidation” and containing “untruths”.

Dasgupta said parents had also been targeted through messaging apps, with many being told there would be “consequences” if they did not attend an upcoming parents’ meeting about RSE.

Asked why it was not legitimate for parents to want a say in their child’s education, he said while they should be “told exactly what their children are taught”, head teachers should ultimately decide, as the experts. He added the government should have the “backbone” to support them.

This is about making sure we teach our children about equality.

The majority of parents do not agree with the current approach to sex education, which demands ever more explicit sex education at ever younger ages.

Antonia Tully from another despicable campaign – Safe at School – said the new legislation involved the government taking from parents:

The role that is rightfully their. Parents are the primary educators of their children and they should be the ones talking to them about the intimate details of sex and about different sorts of relationships when they feel they are ready.

Safe at School is a campaign run by the Society for the Protection of Unborn Children (SPUC). SPUC is committed to protecting families and defending the rights of parents to be the primary educators of their children in matters relating to personal relationships, marriage, family life and the dignity of human life. We defend the family because unborn children are statistically safer from abortion when their mother and father are married. Pro-life values are nurtured first and foremost in the family.

Javid Iqbal, whose children and grandchildren have both attended Parkfield School – the centre of the Birmingham protests – is now calling for the protests to stop.

He used to speak on behalf of the Parkfield Parents Group, but said the demonstrations were:

Not helpful at all. We’re adults – we’re educated enough to sit round a table to resolve these issues instead of standing outside a school shouting and screaming. 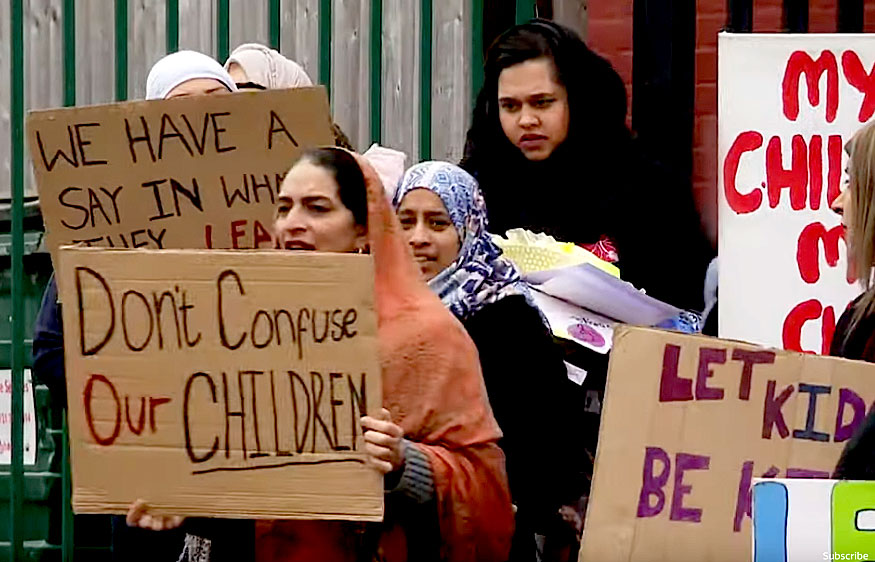 Muslim protest against relationship education in Birmingham. Image via YouTube.

Iqbal also criticised those from outside the local community who had become involved in the local dispute, saying they were “just here for publicity”.

Earlier this month the BBC reported that a “homophobic” video and far-right material linked to protests against LGBT relationship lessons were being investigated by police.

Yehudis Fletcher, founder of Nahamu, a think tank addressing extremism in the Jewish community, has spoken out publicly in favour of the lessons, and said others had contacted her to say they supported her viewpoint but did not wish to voice it openly.

She said this was because there was:

Such a loud opposition… and fear of putting your head above the parapet.

Fletcher, an orthodox Jew who has three young children, said some of those running orthodox schools in the area did not want to teach RSE.

There are people who want children to remain largely ignorant about sex and relationships because they want them to carry on with the traditional way, in which they’re married at a very early age without much knowledge of what they’re getting into.

The Department for Education has said RSE is a “vital” subject and schools would be supported to deliver lessons “to a high standard”.

It said it was working closely with schools which had volunteered to introduce the subject next month, and was setting up a working group including parents, young people and representatives of faith and minority groups to consider the delivery of the lessons.

Parents with concerns were urged:

To talk to their child’s school in a calm and constructive way.