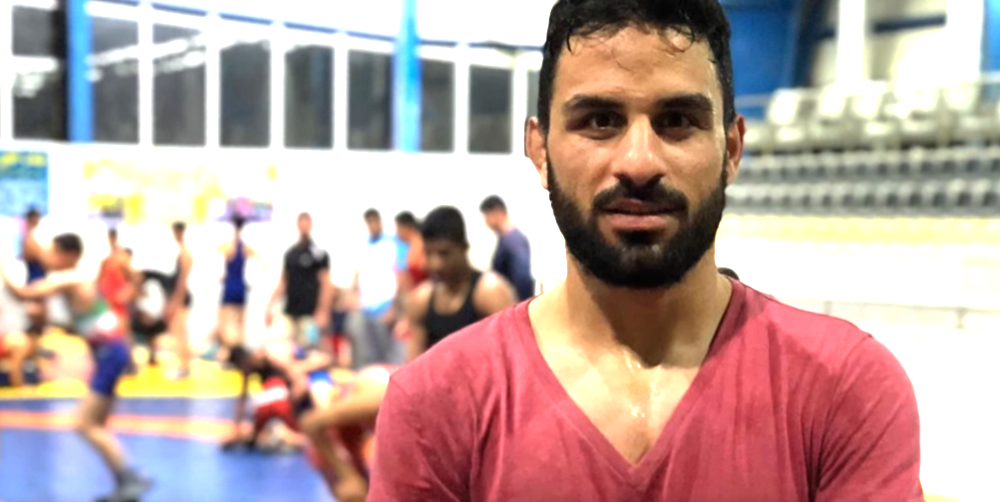 HUMAN rights campaigners – including George Broadhead of the Pink Triangle Trust –  have signed a One Law for All statement condemning the recent execution of champion wrestler Navid Afkari, 27, who was arrested during anti-government protests in 2018.

Afkari , above, had claimed he was tortured into making a false confession and human rights groups and activists believe he was unjustly targeted by the Iranian authorities to intimidate others who might choose to participate in peaceful protests.

The statement, which I have also signed, says:

Navid Afkari, a young Iranian wrestler was executed by the Islamic regime in Iran on 12 September 2020 despite widespread local and international pressure.

He was executed on trumped up murder charges because of his involvement in anti-government protests in 2018. Many other young people have been given long-term prison sentences or are on death row for participating in the protests.

In a taped message before his execution, Afkari said he had been tortured and that “There is not one shred of evidence in this damned case that shows I’m guilty. But they don’t want to listen to us. I realised they are looking for a neck for their rope.”

We are outraged at his execution and call on the international community to:

• Ban the Islamic Republic of Iran from international sports

• Demand an end to executions and the release of all political prisoners.

Afkari was given two death sentences, six and a half years in prison and 74 lashes for the alleged murder of a water company security guard.

His brothers, Vahid and Habib, have each been sentenced to 54 and 27 years in prison, respectively.

Last week, Iranian state television aired a video in which Afkari appeared to confess to killing the security guard, but the wrestler and his two brothers had released several audio recordings prior to that, saying they were tortured into making false confessions.

“They are looking for a neck for their rope,” Afkari said in one of the recordings, stressing his innocence.

Their mother had also said in a video recording that her sons had been tortured to testify against each other, and that one of them had attempted suicide due to the physical and psychological pressure in prison.

The IOC and UWW claimed they had been in “constant contact” with the Iranian National Olympic Committee and the Iranian Wrestling Federation to “facilitate a solution”, but were ultimately unsuccessful.

Since the execution, the IOC and UWW described the news as “very sad” and “devastating”, but Global Athlete has urged the organisations to take further action.