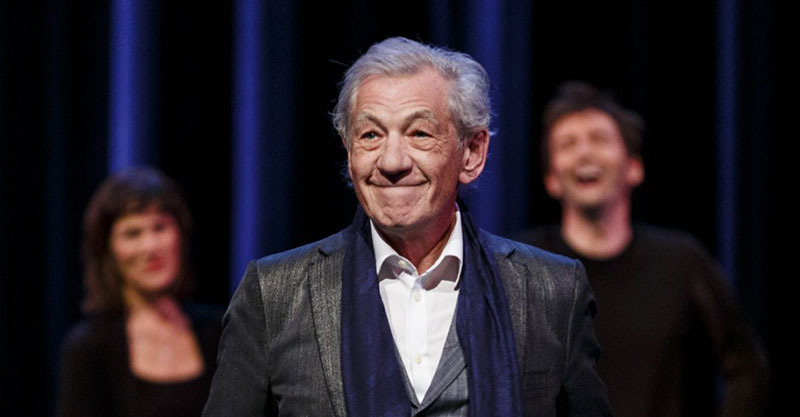 IN 2009 there was jubilation among LGBT communities in India when Section 377 of the Indian Penal Code, which made same-sex relationships punishable by law, was declared unconstitutional by the Delhi High Court. But in 2013 the Supreme Court overturned that ruling, stating it was the job of legislators to change the law.

However, in February 2016, the Supreme Court agreed to reconsider its judgment, stating it would refer petitions to abolish Section 377 to a five-member constitutional bench, which would conduct a comprehensive hearing of the issue. Since then no progress appears to have been made. Many believe that this inaction is due to the fact that religious organisations in India remain implacably hostile to the idea of decriminalising homosexuality.

When the Supreme Court overturned the High Court decision, the move was applauded by homophobic Hindu, Muslim Christian and Jewish leaders.

Maulana Madni, of the Islamic organisation, Jamiat Ulema-e-Hind, declared that “homosexuality is a crime according to scriptures and is unnatural. People cannot consider themselves to be exclusive of a society . . . In a society, a family is made up of a man and a woman, not a woman and a woman, or a man and a man. If these same- sex couples adopt children, the child will grow up with a skewed version of a family. Society will disintegrate. If we are to look at countries in the West who have allowed same-sex marriages, you will find the mental tensions they suffer from.”

Rabbi Ezekiel Isaac Malekar, honorary secretary of the Judah Hyam Synagogue, in applauding the judgment, was quoted as saying “In Judaism, our scriptures do not permit homosexuality.” And Reverend Paul Swarup of the Cathedral Church of the Redemption in Delhi stated: “Spiritually, human sexual relations are identified as those shared by a man and a woman. The Supreme Court’s view is an endorsement of our scriptures.”

The Daily News and Analysis called it “the univocal unity of religious leaders in expressing their homophobic attitude. Usually divisive and almost always seen tearing down each other’s religious beliefs, leaders across sections came forward in decrying homosexuality and expressing their solidarity with the judgment.” The article added that Baba Ramdev India’s well-known yoga guru, after advising that journalists interviewing him not to turn homosexual, stated he could cure homosexuality through yoga and called it a bad addiction.

Despite all this hostility, India has turned a blind eye to a variety of gay events that have taken place in different parts of the country. On June 29 2008, five Indian cities (Delhi, Bangalore, Kolkata, Indore and Pondicherry) celebrated gay pride parades, and since then many other events have been staged, including Asia’s first Genderqueer Pride Parade at Madurai in 2012.

Encouraging news emerged this summer when the Health Ministry for the first time acknowledged that homosexuality actually exists in India. It did so by releasing new resource material for adolescent school children that  informs them that it is okay to be attracted to people of the same sex.

The material further suggests that the most important aspects of all such relationships are based on mutual consent and respect. The script of the material, which is in Hindi, states that adolescents often fall in love and they fee    l attracted to a friend or any individual of same or opposite sex. It further says that these feelings are perfectly normal.

The material also helps kids understand that it is also okay to talk to the person for whom one might have feelings – but in a respectful manner and, most importantly, understand that when a girl says “no”, it means no.

The material is to be circulated to all states as a part of the adolescent peer-education plan.

Prepared by Health Secretary C K Mishra, the material deals with the issue of same-sex attraction with a level of maturity unexpected from the deeply conservative  government. It also addresses contraception and violence based on gender discrimination. It has information on abortion and informs about the need for parental consent if the concerned girl is underage.

Speaking to reporters, Mishra said that, despite social media and the Internet, there were many questions that youngsters wanted answers to, and the new material planned to provide those answers.
The resource material was created with the United Nations Population Fund as partners and dispels severe gender stereotypes. It says that it is okay for boys to cry and calling somebody a “sissy” or a “tomboy” was not right. It also deals with drug addiction, smoking and alcohol.

India’s Financial Express commented: “In an Indian society that has been going back in time in terms of social development and freedom, binding people in the chains of gender stereotypes, gladly adapting patriarchy as a part of the tradition, this resource material is a beacon of hope.

“For it is only when the children are truly educated that the future secures itself. Yes, it is okay to have homosexual feelings. It is okay to have sexual feelings. But it is not okay to be rude and pursue after a girl says no. Sex education has been shunned in the classrooms far too long by either the government, or the teachers who just read along the lines as giggles go around the class. Hence, it is important to have a better-equipped person teaching kids about sex-ed than some half-baked biology teacher whose only aim remains to just get through the terror of the chapter of reproduction.”

The openly gay actor said that India was at a juncture where it needs to decide whether it wants to move towards equality or remain stuck in the past as far as protection of LGBT rights is concerned. “It is appalling and ironical that India would use a colonial law to oppress its homosexuals. India needs to grow up. India needs to realise that it doesn’t need to follow British laws anymore.

“It seems to me that India is at some crossroads or another. Join the rest of us, who are simply prepared to accept that we are all born equal, be it the colour of our skin or hair,” he told reporters in Mumbai.

“Whatever our sexuality, whatever our taste, we must all be treated equally. That is the world Nelson Mandela fought for. That is the future, I believe, Mahatma Gandhi dreamt of seeing,” the veteran actor added.

Bollywood actress Sonam Kapoor also addressed the issue of homosexuality, saying discrimination on the basis of one’s sexual preference is not right.

“I feel most of my fans, who follow me, are either women, gay men or lesbians. If they support me I support them too . . . Hopefully one day there are no labels and everybody is just a human being.

“It is about humanity and not gay, lesbian, transgender, transsexual or anything. It’s just a person likes another person and they be who they want to be. I hope that day comes,” she said.

This year Mumbai hosted India’s biggest LGBT Pride March on January 28. It was organised by Queer Azaadi Mumbai and an estimated 10,000 people participated. Mumbai Gay Pride started almost a decade ago and has developed into an international festival attracting people from across the globe.

Bismaya Kumar Raulo, programme coordinator at Impulse New Delhi, which was involved in the Mumbai event said: “Each and every citizen of the country deserves to live their life by their own terms. No one should be discriminated because of their sex, caste, gender and sexuality. This Pride is a day of celebration where we say that ‘yes! We do exist in this world.”

Simran Shaikh, board member of Impulse New Delhi and a transgender activist added: “It is my goal to love everyone. I hate no one. Regardless of their race, religion, their proclivities, the desire of their heart and how they want to live their life and the decisions that they make. I can even respect people’s decisions and lifestyle choices just as I hope they have the courtesy to respect my decisions and my choices.”

Dr V Sam Prasad – country programme director of the AIDS Healthcare Foundation – said “As a global organisation, AHF believes in equal rights for every individual. However in India, the scenario is quite different. The LGBT community has been always discriminated against and neglected by society as well as the government. Even today, the LGBT community is still fighting for their existence and identity in India.

“That’s something that really bothers me. As an ally, I am here to support the community.” 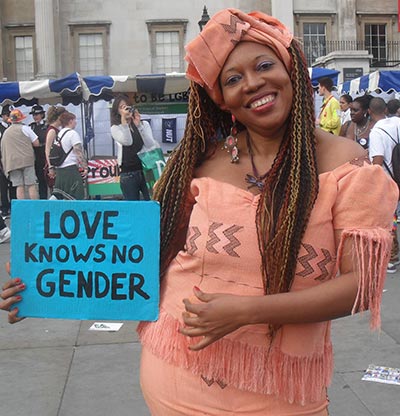 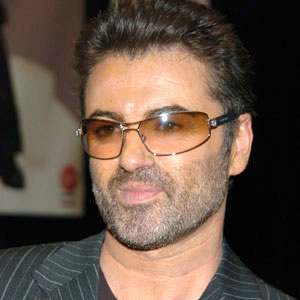