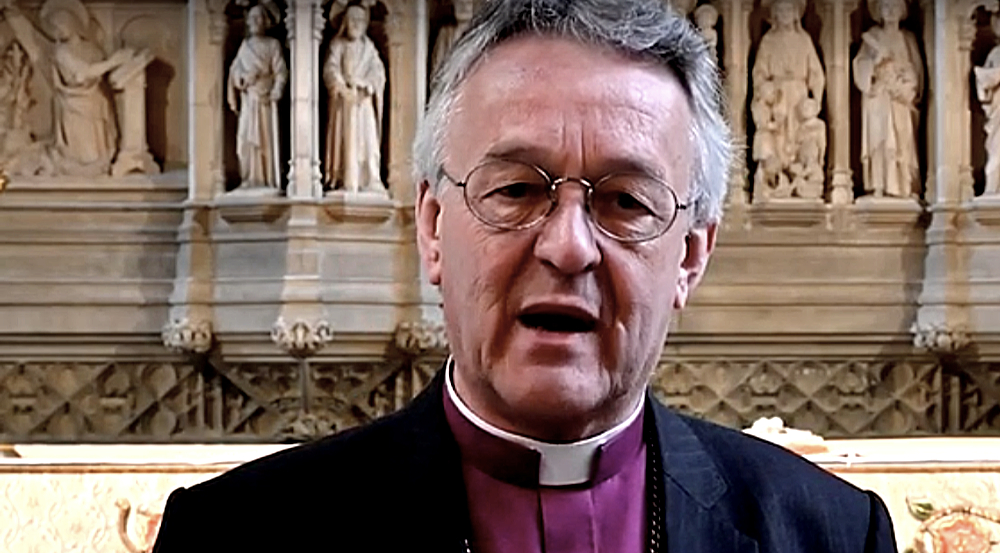 Their fury follows an appeal by the retired Archbishop of Wales, John Davies, to introduce such blessings 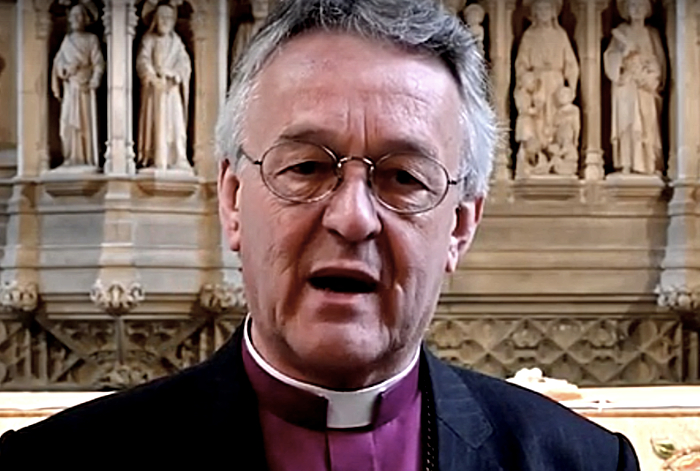 DAVIES, above, warned last month that it would be a “slap in the face” for gay Christians if the Church of Wales does not consider blessing for same-sex couples. This led to its Governing Body voting on September 6 by 28 to 12 with two abstentions to introduce such blessings.

This has infuriated evangelicals within the church who, in a statement issued this week, said that the decision would lead to an exodus of clergy, lay readers, worship leaders, church wardens, Sunday school teachers and parishioners.

The bigots give the impression that the church has legions to lose. They most certainly don’t. As far back as 2016, The Church Times revealed that average Sunday attendance at the Church of Wales had fallen below one percent of the the Welsh population.

Also in 2016, it was reported that those in England and Wales who say they have no religion outnumbers those who identify as Christian for the first time.

According to research, around 48.5 percent of those surveyed in 2015 said they had no religion, compared to the 25 percent that said the same in the 2011 census.

Issued by the Evangelical Fellowship in the Church in Wales (EFCW) the statement admitted:

The Church has not always engaged well with LGBTQ+ people and has sometimes been deeply insensitive and even hurtful. This is something of which we repent unreservedly. The good news of Jesus Christ is for all people, regardless of sexual orientation.

However, the decision to introduce a rite allowing for the blessing of same-sex unions, while well-intentioned, is the wrong step for the Church to take.

This decision has brought disunity to God’s Church.  Such disunity is a grave and serious matter which grieves the heart of God.

The evangelicals also asserted that:

The decision dishonours those who, persuaded that Scripture teaches that sexual activity is restricted to heterosexual marriage, have chosen to remain celibate, often at tremendous personal cost.

And they want action, demanding the appointment of a bishop to the See of Swansea and Brecon:

Who would give voice to those who hold to an understanding of the doctrine of marriage as only being between a man and a woman. The Bench of Bishops currently speaks with one mind on this issue.

However, it is clear from the breakdown of the vote at Governing Body that the Bench of Bishops no longer properly represents the convictions of the wider membership of the Church in Wales.

With great sadness, we find ourselves wrestling with these issues at a time of so much challenge and opportunity to proclaim the Gospel in word and deed to the present generation.

We have a gospel of repentance and faith and eternal blessings to proclaim, but we find ourselves in an Anglican Province that has voted to join in with a minority of other Provinces within the Anglican Communion, who have driven the Body of Christ to disunity and fracturing on a global scale.

Despite the difficulties of this present time and the pain and grief this vote has caused, we continue to place our hope and trust in God, who has not abandoned Wales or his people.

We pray for all those engaged in proclaiming Christ boldly and faithfully to this nation, for it is in Him that help and salvation are found.

Davies said last month that the church has to change to attract younger audiences. It has as much chance of it doing that as I have of falling pregnant, gay marriage blessings or not.