Police in Dearborn, which has a large Muslim population and is home to home to one of the largest mosques in the US—the Islamic Center of America—had to intervene at a school board meeting last week held to discuss the removal of books that deal with LGBTQ+ issues and other questions related to sex and sexuality.

According to this Word Socialist Website report, the Dearborn Public Schools Board of Education had to suspend a meeting last Monday when more than 100 people—Muslims and Republican Christians— began behaving like hooligans.

Dearborn Police Chief Issa Shahin was brought in to disperse the protesters who were demanding the removal of a number books with of LGBT+ themes.

More angry scenes were flimed when the the meeting was reconvened meeting last Thursday to discuss the removal of seven titles including Push, The Lovely Bones and This Book Is Gay.

On Monday, audience members held up signs reading: “Homosexuality Big Sin;” “Keep your sin in your own house;” “Keep your dirty books in the closet;” “Stop grooming our kids”; and “What ever happened to the good old days?”

In an attempt to lower tensions, placards were banned from Thursday’s meeting.

Writing for WSWS Genevieve Leigh said that the two events follow on the heels of months of agitation, including large rallies held last month just before schools were set to reopen.

The reactionary act of censorship, and particularly book-banning, has become a major element of the Republican Party’s midterm elections strategy … While the book-banning campaign has largely been pursued by right-wing Christian Evangelicals, the Dearborn protest is being spearheaded by right-wing Muslim groups, making for a seemingly unlikely alliance.

A study released earlier this year by PEN America, a non-profit that describes itself as “a literary and free expression advocacy organization,” sheds light on the extent and character of this trend. The PEN study, covering the period from July 1, 2021, to March 31, 2022, documented 1,145 unique book titles banned across 86 school districts in 26 states, affecting over two million students.

Texas leads all other states in the number of bans, with 713 instances of censorship.

Masterson attended a board meeting for the Coneetquot School District in New York on Tuesday, October 11, where he parodied common Republican viewpoints.

The board found itself under fire from pro-LGBTQ+ activists after a teacher from Connetquot High School was reprimanded for refusing to take down a Progress Pride flag in her classroom.

Donning the stars and stripes and wearing a camo baseball cap, Masterson told committee members that he loved freedom of speech, “except when it comes to Pride flags in schools.”

There’s a whole list of books I want to ban from the school library. I want to ban kneeling in football games. The point is, we need to protect our children, which is why we need more security in our schools. We need cops patrolling the hallway. We should also hire cops as teachers. And the students, they should also be cops, like in 21 Jump Street.

I trolled the school board meeting at Connetquuot after they had a teacher remove the Progress Pride flag.

Several users in the comments pointed out that the parody might have been a bit too subtle for some of the audience members, proving that nothing is too outlandish for Republicans.

I like how the kids were laughing at it, but the MAGA adults were clapping and nodding their heads.

Another pointed out that it was:

So hard to tell whether the crowd responded because they got the joke or unwittingly agreed with the rhetoric.

Connetquot School District is under investigation after Pride flag removal

Hochul was informed of a potential violation of the Human Rights Law by Dr. David Kilmnick according to Long Island Press. 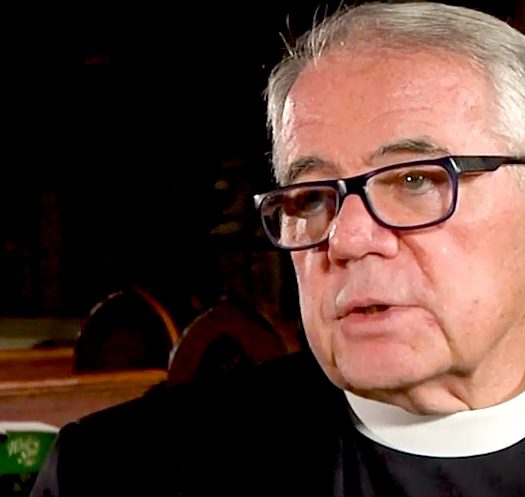 Read More
Was priest’s suspension an act of revenge?
Comments
Submit a Comment