FARROW, who hit the headlines last year after she was kicked out of Disney’s London headquarters for protesting against the corporation’s ‘promotion of homosexuality,’ and was later denied entry into the US, has now revealed that anything to do with rainbows fills her with revulsion.

According to PinkNews, Farrow, above, came over all “nervous and wary” when when she noticed that her doctor was wearing a rainbow lanyard.

She later explained why the NHS rainbow lanyard had unsettled her:

I associate rainbow lanyards with the behaviour of [GP and LGBT+ campaigner] Adrian Harrop and aggressive TRAs [trans-rights activists]. I no longer feel safe at the GP. The rainbow is a hostile political symbol with connotations of deep misogyny. 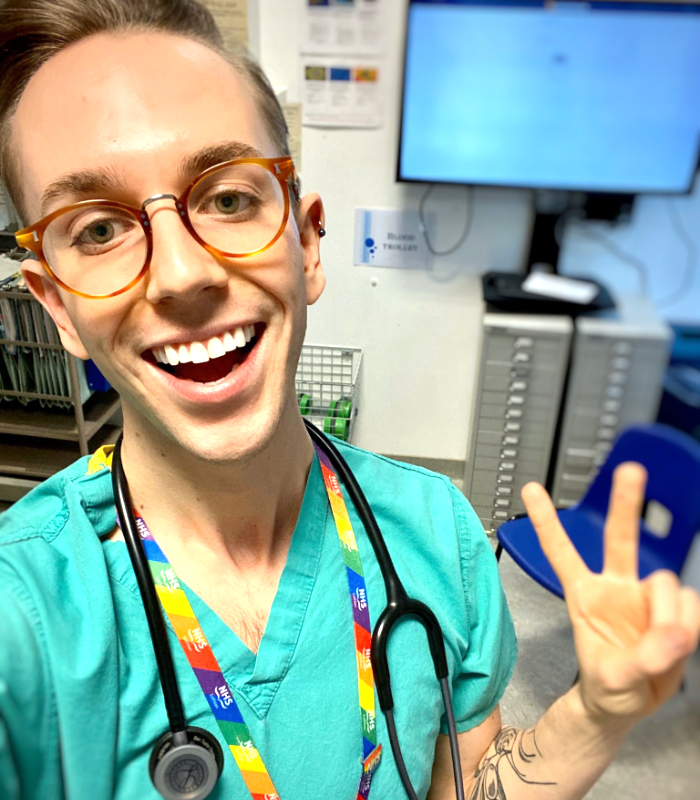 Let’s hope I’m not making any of my patients nervous and wary this weekend with my cheerful rainbow lanyard and pin badge.

Rainbow lanyards, and badges, were introduced by the NHS in March 2019. They aim to address the challenges that LGBT+ people often face in accessing healthcare by indicating that staff are supportive and happy to discuss their needs.

Farrow’s opposition to the rainbow symbol of LGBT+ pride and inclusivity puts her in the company of users of parenting website Mumsnet, who also oppose the rainbow on the grounds it is a “divisive political symbol”.

In February 2020, someone on a Mumsnet thread compared the rainbow to a Nazi flag.

Last summer, Farrow caused a Twitter storm over her opposition to the stars of London Zoo’s Pride celebrations, specifically its “deviant” gay penguins.For Pride month, London Zoo put up a mini banner which says “Some penguins are gay, get over it” in the penguin enclosure to celebrate the three same-sex penguin couples that live there.

This sign forces families to discuss a topic with their children that they feel their kids may not be emotionally ready for. It’s politicisation and an intrusion into family life. People are just sick to the back teeth of being forced to celebrate the decadence of the rainbow and applaud others’ private lives. 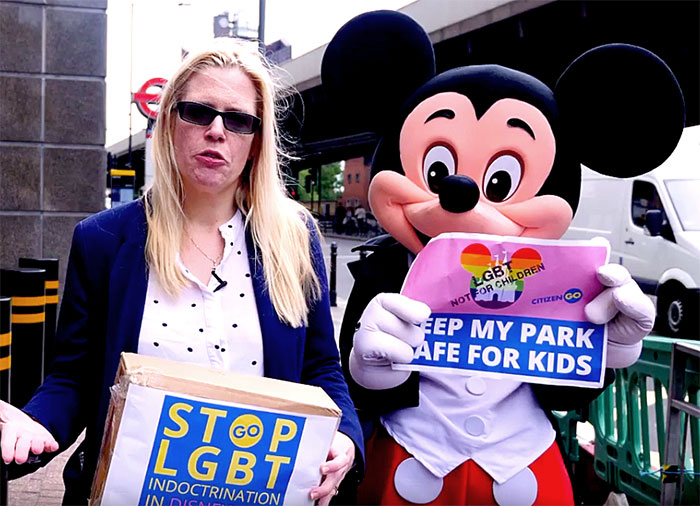 Given Farrow’s hatred of Disney – the pic above shows her trying to deliver a petition of her own to the corporation last year – I would not be in the least surprised if she added her name to the LSN‘s petition, so far signed by more than 55,000 morons.

Meanwhile LSN has reported that Russian has de-lesbianised Officer Specter, and another report says the film has been banned in “multiple” Middle Eastern countries for its LGBT content.