JONES, Director of Advocacy for far-right, anti-LGBT organisation, LifeSite, is furious that Disney’s latest movie, Onward, features an ‘open lesbian’ called Officer Specter. How does the purple cyclops police officer display her lesbianism? Simply by alluding to the fact that she has a girlfriend. And that’s it!

But it was enough for the deranged Jones to flap his wrists and screech:

It’s a relentless onslaught against our children’s innocence. And, we parents have got to be just as relentless in rejecting Disney’s attempt to sexualize our children.

So LifeSite launched a petition, calling for a boycott of the movie which is set to hit theaters on Friday, March 6. The petition says:

By forcing the LGBT agenda on us, you are seriously disrespecting our values. The days are now over where we would give you our hard-earned dollars just so you can turn around and offend us and our children’s innocence. Please do not pursue this agenda again in the future.

According to LifeSiteNews, the movie is about two brothers, voiced by Tom Holland and Chris Pratt, who set out on a mission to magically resurrect their father for a day. 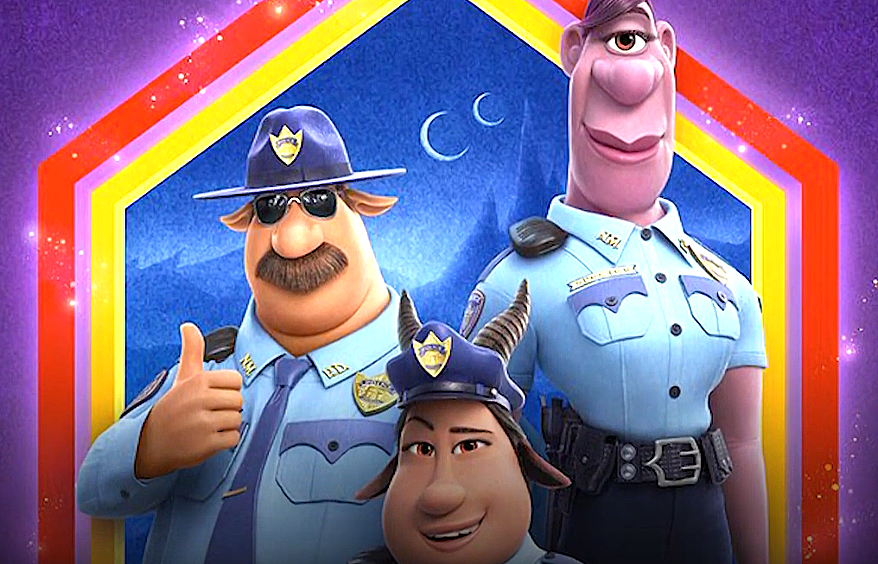 One of the movie’s minor characters is Officer Specter, a purple cyclops police officer. In addition to being one-eyed and purple, Officer Specter, who is voiced by Lena Waithe, is also an open lesbian.

In one scene where Officer Specter pulls over a motorist who claims to have been distracted by his girlfriend’s kids, Waithe’s character replies by saying:

My girlfriend’s daughter got me pulling my hair out.

LifeSiteNews also points out that Disney is the parent company of Marvel Studios, which is in the middle of producing a movie called Eternals featuring an “LGBT superhero.”