Catholic Church happy to cash in on the pop star's biopic, but rejects same-sex marriage

SIR Elton John is no fan of religion. Back in 2006 he rightly asserted that organized religion fuels anti-gay discrimination and other forms of bias, saying ‘I think religion has always tried to turn hatred toward gay people’

Religion promotes the hatred and spite against gays … From my point of view, I would ban religion completely. Organized religion doesn’t seem to work. It turns people into really hateful lemmings and it’s not really compassionate. 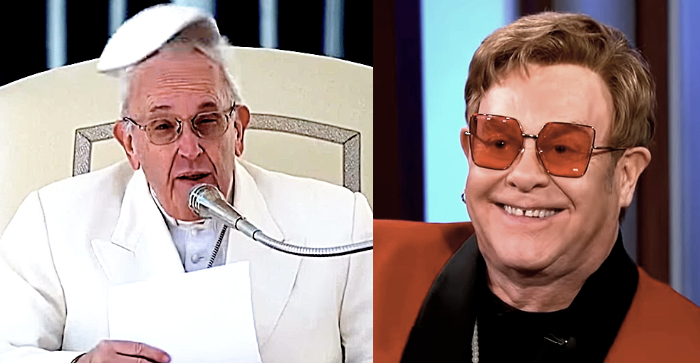 Yesterday, in a new attack, he accused the Catholic Church of hypocrisy for making money out of his 2019 biopic, Rocketman, then issuing a statement that on Monday saying same-sex marriage is “not part of God’s plan.”

John, who married longtime partner David Furnish in 2014, was quick to point out on Instagram that while the Vatican’s official response to a question about whether clergy are allowed to perform such ceremonies was negative, it invested money in the movie, which has so far grossed $195 million.

How can the Vatican refuse to bless gay marriages because they ‘are sin’, yet happily make a profit from investing millions in Rocketman – a film which celebrates my finding happiness from my marriage to David??

He labeled the RCC’s stance “hypocrisy.”

A two-page explanation published in seven languages and approved by Pope Francis said:

The church does not have, and cannot have, the power to bless unions of persons of the same sex. The church recalls that God himself never ceases to bless each of his pilgrim children in this world, because for him ‘we are more important to God than all of the sins that we can commit’, but he does not and cannot bless sin.

This, just a few months after Pope Francis raised hopes of many gay Catholics when he noted:

Homosexuals have a right to be part of the family … They’re children of God and have a right to a family. Nobody should be thrown out, or be made miserable because of it … What we have to create is a civil union law. That way, they are legally covered. I stood up for that.

While John and Furnish married seven years ago, they began dating in 1993. They entered a civil partnership in 2005. Just before they married, John argued that the church’s views were outdated.

These are old and stupid things, and the church hierarchy might be up in arms about it – the traditionalists – but times have changed. We live in a different time. If Jesus Christ was alive today, I cannot see him, as the Christian person that he was and the great person that he was, saying this could not happen.

He was all about love and compassion and forgiveness and trying to bring people together, and that is what the church should be about.

Meanwhile it’s reported here that LGBTQ Catholics in the US have been “stung”  but “not suprised” by the Vatican’s declaration. 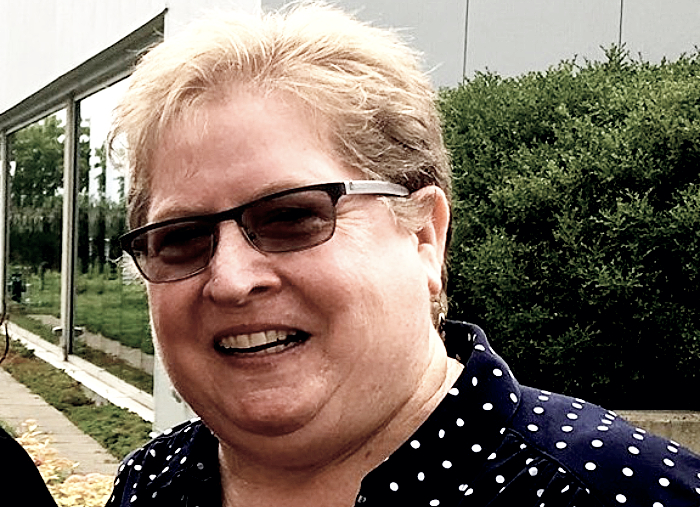 Marianne Duddy-Burke, above, Executive Director of DignityUSA, said her organsation’s membership includes same-sex couples who have been together for decades, persevering in their love for one another in the face of bias and family rejection.

The fact that our church at its highest levels cannot recognize the grace in that and cannot extend any sort of blessing to these couples is just tragic.

Having sin be explicitly included in this statement kind of brings us back to zero.

That the ability for us to live out our lives fully and freely is still seen as an affront to the church or, worse yet, an affront to God, who created us and knows us and loves us.

Francis DeBernardo, Executive Director of New Ways Ministry, which advocates for greater LGBTQ acceptance in the church, said that if those priests who have already been blessing same-sex unions now stop doing so, lay Catholics could be moved take their place.

If priests and pastoral ministers no longer feel they can perform such a blessing, the Catholic laity will step in and perform their own rituals. The toothpaste is out of the tube, and it can’t be put back inside.

The Rev Bryan Massingale, an openly gay Catholic priest and professor of theology and social ethics at Fordham University, said priests who want to engage in pastoral outreach to the gay and lesbian community:

Will continue to do so, except that it will be even more under the table … than it was before.

For Catholics in same-sex relationships, he said, the Vatican’s new message will hurt.

Every human being is born with this innate desire to lov. For those who are oriented toward members of the same sex … to have it being described as inherently or innately sinful without any qualification, that is crushing. 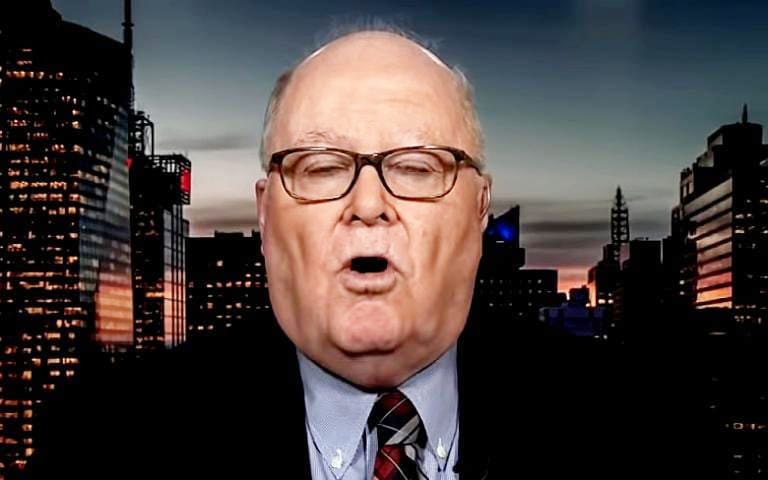 Naturally, the Vatican’s pronouncement was welcomed by some church hard-line bigots such as Bill Donohue, above, President of the New York-based Catholic League. He said:

There will be no recognition of homosexual unions or marriage by the Catholic Church. It is non-negotiable. End of story. Pope Francis has been under considerable pressure by gay activists, in and out of the church, to give the green light to gay marriage.

He described Monday’s statement as:

The most decisive rejection of those efforts ever written. The Vatican left nothing on the table. The door has been slammed shut on the gay agenda.