Most Commonwealth Nations still criminalise sexual acts between consenting adults of the same sex and other forms of sexual orientation, gender identity and expression.

THE majority of Commonwealth countries are deeply homophobic, mainly due to to the fact that religion plays a major role in their governance, but Prince Charles made no mention of the fact when he said this week that it is “important to celebrate the remarkable religious diversity” of the Commonwealth.

Speaking at an online interfaith panel debate among Commonwealth faith leaders, The heir-to-the-throne, above, paid tribute to:

The essential role that faith communities play in the social fabric of so many Commonwealth countries … so often the main providers of welfare, health and education to all sorts of people.

He cited his visit to a synagogue in Barbados as one of several times in which he saw that diversity in action.

What he failed to mention was that “diversity in action” in Barbados does not extend to LGBT communities.

Section 9 of the Sexual Offences Act 1992 criminalises the act of buggery with life imprisonment. It only applies sexual intercourse between men. Section 12 of the same law criminalises acts of “serious indecency”, defined as:

Any act, whether natural or unnatural by a person involving the use of the genital organs for the purpose of arousing or gratifying sexual desire.

It is applicable to such acts between men and between women and is punishable with imprisonment of up to ten years.

He neglected too to mention rampant homophobia in other Commonwealth countries. This from Wiki:

The majority of the countries of the Commonwealth of Nations, formerly known as the British Commonwealth, still criminalise sexual acts between consenting adults of the same sex and other forms of sexual orientation, gender identity and expression. Homosexual activity remains a criminal offence in 34 of the 54 sovereign states of the Commonwealth; and legal in only 19. 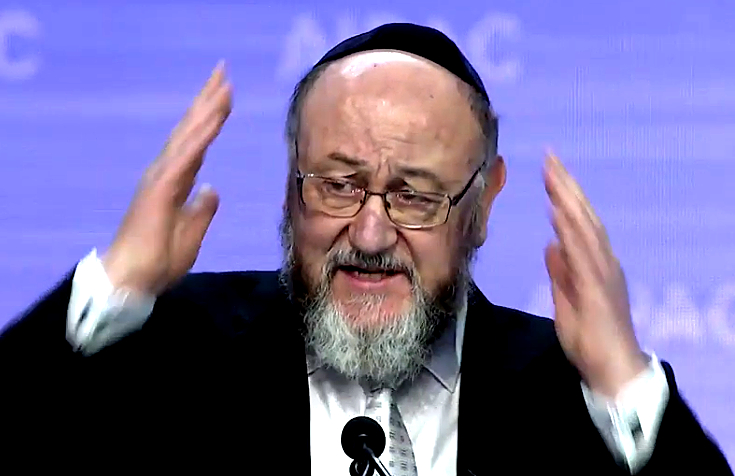 Another interfaith panelist was the UK’s Chief Rabbi Ephraim Mirvis, above, who revealed a shocking fact: people are not as religious as they once were.

There was a time when our society was primarily religious. Then we moved to a time when religion was tolerated. Now we’re experiencing an era in which, in some circles – I shudder to even say it – people are anti-religious.

Mirvis alleged that religion is coming:

Under sustained attack in the public domain.

There are movements such as humanists and secularists and atheists and so on who are actively working to end the existence of faith schools, to remove Christmas carols from malls in December, to remove representatives of faiths within the media, so the public square should be void of religion. 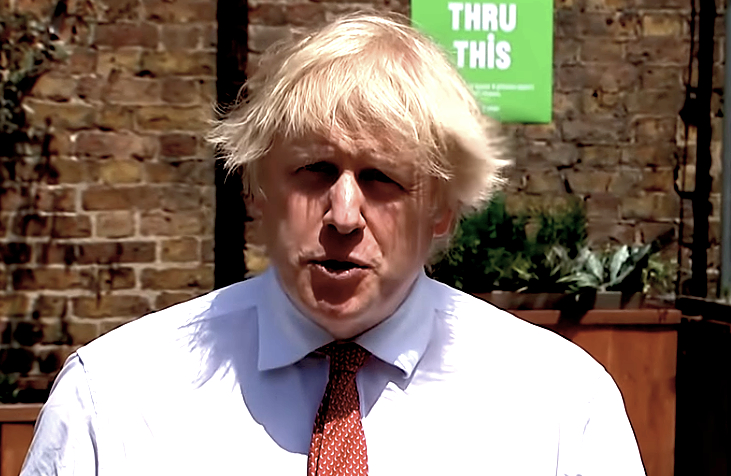 Meanwhile, UK Prime Minister Boris “Haystacks” Johnson, above, today (Tuesday) claimed at the National Parliamentary Prayer Breakfast broadcast live from the Houses of Parliament that prayers said for him when he was stricken with COVID-19 “seemed to have worked!”

Right now, with services suspended, congregations scattered, even the simple act of coming together to pray can be another hurdle to overcome.

And while work goes on to reopen places of worship safely, it’s been absolutely inspiring to see churches respond to the lockdown, as they have, with true Christian values. They have reminded us all of their role as pillars of their communities, reaching out to bring hope, peace and practical care to those in need.

Thank you so much for that and thank you also to everyone who prayed for me during my recent illness, it really was appreciated. It certainly seems to have worked! This has been a difficult time for many. But as ever, our churches are helping to show us the way, so keep up the good work.