When Manchester-based artist Polyp (aka Paul Fitzgerald) began a crowdfunder for a graphic novel about evolutionary political campaigner Thomas Paine (1774–1809)—who was called 'a dirty little atheist' by US President Theodore Roosevelt—it chipped in £200 to help bring the book to fruition.

It’s not hard to see why Roosevelt, among many, vilified Thomas Paine. For the renowned rationalist wrote in The Age of Reason (1792): “Whenever we read the obscene stories, the voluptuous debaucheries, the cruel and torturous executions, the unrelenting vindictiveness, with which more than half the Bible is filled it would be more consistent that we call it the word of a demon than the word of God. It is a history of wickedness that has served to corrupt and brutalize.”

Paine was completely unrestrained in his Christianity-bashing fervor, so naturally, he was viciously attacked for his vitriolic analyses of the Bible.

Roosevelt’s description of Paine, according to J H McKenna Ph.D. “has as many errors in it as words, since Paine was fastidiously clean, stood taller than most of his contemporaries at five feet ten inches, and was a professed believer in God.”

Then, a couple of years back, I learned that British artist Polyp (aka Paul Fitzgerald), had launched a Kickstarter campaign to raise money to create a graphic novel called Tom Paine’s Bones: A Fantastical Visual Biography.

I enthusiastically chipped in a few pounds, and so did the British LGBT charity The Pink Triangle Trust. Then this week I got word that Fitzgerald had raised enough to complete his project—around £18,000—and that his publication will be launched in Manchester on May 31.

In an interview with Visit Manchester—Fitzgerald, a Mancunian—was asked what inspired him. He replied:

I recall seeing memes of his quotes and so on, but no light bulb moment … he just slowly grew on me, until I felt a deep admiration and respect and wanted to know much more about him. I’m outraged by the fact that someone, who so brilliantly expressed so many very new, radical ideas (e.g. democracy!), and who actively changed the course of global culture and political history, has been whitewashed out of history.

On a personal level I really relate to him: his love of rationality and science, astronomy in particular, really resonates with me … He was constantly alienating people with his controversial (but to me utterly reasonable) unpopular opinions, and his rigid adherence to logic and reason, and he just wouldn’t back down, no matter what the cost …

In recounting the mystery of Paine’s missing skeleton, Fitzgerald said:

Although Paine died in America in 1809 and was originally buried in New York, in 1819 his bones were dug up! Why? The former Paine critic and English reformer William Cobbett decided that he wanted to give Paine a proper burial … in England! In turn, Cobbett took his bones all the way across the Atlantic, eventually reaching Liverpool. Then he proceeded to try to take this unusual cargo to Manchester, but only got as far as Salford!

It is potentially the case that Cobbett and Paine’s bones were turned away from entering Manchester itself, as the authorities were concerned about igniting radical tensions, as this was only shortly after the Peterloo Massacre.

Historians estimate that there were 18 deaths at Peterloo among those who gathered to demand voting rights for all, including the tragic death of an unborn child. There were also more than 650 injured, and the story is told in Peterloo: Witnesses a Massacre, Fitzgerald’s earlier graphic novel.

Meanwhile, in the US, the Freedom From Religion Foundation (FFRF) has expressed it appreciation of a bill introduced in February this year by Rep. Jamie Raskin, D-Md., to authorize the construction of a long-overdue memorial to Thomas Paine.

Tom Paine was a person so far ahead of his time that his work still challenges us in significant ways today to build a more democratic society. This luminary patriot of the Enlightenment and the American Revolution inspired people in the colonies not only to overthrow the tyranny of faraway kings but to launch a nation founded on principles of democratic self-government, the rights of men and of women, and reason and science.

Despite his catalytic role in founding America and our constitutional republic, Paine remains too often on the dark outskirts of history. It is way past time for Congress to give Paine the central place of respect and awe he deserves in our nation’s capital. This memorial to Paine — amazingly, already pre-funded with a flood of voluntary contributions and pledges from private citizens—will be a powerful and dramatic addition to the symbolic life of Washington, D.C.

The legislation will authorize the Thomas Paine Memorial Association to establish the commemorative work in the District of Columbia. The association is working with renowned sculptor Zenos Frudakis, and the statue will be paid for through private funds. The Thomas Paine Memorial Association is the recipient of a very generous matching gift from Todd Stiefel and the Stiefel Freethought Foundation.

Annie Laurie Gaylor, FFRF co-president and co-founder who serves as the secretary of the Thomas Paine Memorial Association commented:

We can think of no one better suited to champion the resolution to dedicate a memorial to our ‘Forgotten Founder’ Thomas Paine than Rep. Jamie Raskin. Raskin embodies Paine’s dedication to reason, democracy, liberty and humanistic values. We are honored to be working with him to help restore Thomas Paine to his rightful place in our country’s history.

The bill has attracted the endorsement of Harvey J. Kaye, author of Thomas Paine: Firebrand of Revolution and Thomas Paine and the Promise of America, who stated:

With good reason Americans in every generation have claimed Paine as their champion as they sought to advance freedom, equality and democracy in the United States.

The Freedom From Religion Foundation is asking its 35,000-plus-membership to enlist sponsorship and support of the bill from their senators and members of Congress. 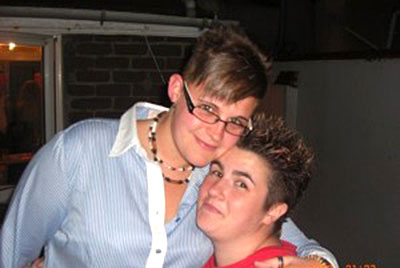 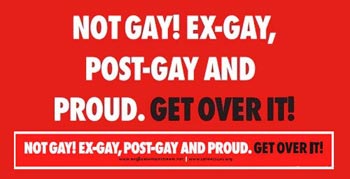