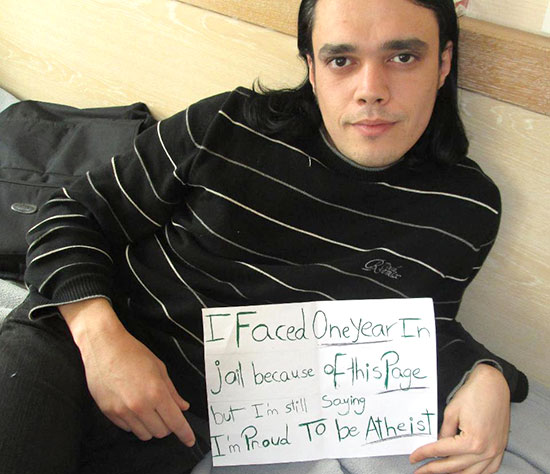 FROM time to time I’ll spot someone on Facebook who appears particularly interesting, and I will send the person a friend’s request. The last time this happened was in mid-August this year when I noticed that Waleed al-Husseini was a friend of Maryam Namazie, of the Council of Ex-Muslims of Britain.

Well, I thought, any friend of the very courageous Maryam ought to be a friend of mine, and I messaged him accordingly. An instant acceptance came back, and at this point I realised I had made contact with a an equally courageous individual – one who founded the Council of Ex-Muslims of France in 2013 and recently published a book entitled The Blasphemer: The Price I Paid for Rejecting Islam.

Amazon describes it thus: “Like many of his generation, Waleed Al-Husseini began a blog in his twenties. However, unlike many, Waleed also had the misfortune of having been a blogger in Palestine; worse yet, he often criticised Islam and its adherents – and declared himself an apostate – in his writings.

“The Palestinian Authority did not take well to this and eventually put Waleed in jail without a trial or even a wisp of legal justification. As if this was not bad enough, they placed Waleed in solitary confinement. This state of affairs continued for 11 months. Over the course of this time, Waleed was tortured and suffered innumerable indignities and deprivations simply for having the audacity to speak his mind. Eventually his unjust imprisonment began to draw international attention from foreign governments and human rights organsations, which pressured the Palestinian Authority and finally forced it to provide him a trial and parole. After being paroled, Waleed fled Palestine, first to Jordan and then to France, where he has become an outspoken advocate for freedom of speech and a critic of the state of contemporary Islam.

“The Blasphemer is a sobering, impassioned recounting of this Kafkaesque experience as well as a searing polemic against the corruption and hypocrisy that define contemporary Palestine.”

Digging further, I discovered more about Husseini in an extract from Brian Whitaker’s book Arabs Without God. He wrote: “In the Palestinian town of Qalqilya, 25-year-old Waleed al-Husseini hit on an amusing if irreverent idea. He decided it was time for God to have a Facebook page  –  and set about creating one. He called it Ana Allah (“I am God”) and announced jokingly that in future God would be communicating directly with people via Facebook since despite having sent prophets centuries ago His message had still not got through.

“The imaginary instructions from God posted by Husseini included one written in the style of Qur’anic verses forbidding people from drinking whisky mixed with Pepsi; ‘God’ ordered them to mix it with water instead. In another post on the Divine Facebook page, ‘God’ recommended smoking hashish.

“The Palestinian authorities were far from amused, however, and a few days later Husseini  –  an IT graduate who had been unable to find a proper job since leaving university  –  was sitting in a cafe playing cards when two members of the secret police came in and arrested him.”

Whitaker says that the story of Husseini’s conversion to atheism is in many ways typical. He grew up in Palestine in what he describes as a normal Muslim family but in secondary school he started asking questions  – “questions like whether we are free to choose or not”.

“Without realising it at the time, he had stumbled into a debate about free will and predestination (al-qada’ wal-qadr in Arabic) which has exercised the minds of theologians for centuries. If God is all-knowing, He can surely foresee evil deeds; if He is all-powerful He must be capable of preventing them; if He is good, why does He allow evil deeds and then punish people for them? A verse in the Qur’an says: ‘Ye shall not will, except as Allah wills.’”

Husseini put his questions to a teacher at school. “The teacher said it’s haram [forbidden] to ask about that,” he recalls. “I didn’t have an answer so I went to an imam in Qalqilya and I got the same reply.

“This kind of response  –  that such questions should not be asked  –  is a familiar one in authoritarian societies and it is a response described by many other Arabs who have since abandoned religion. By prompting them to look further afield for answers, it has probably done more than anything else to set young Muslims on the road to disbelief,” wrote Whitaker. Later Husseini launched a couple of blogs  –  one in Arabic called Nour al-Aql (The Light of Reason) and another in English called I’m Proud to be anAtheist.

“I started discussions. I was just looking for the truth,” he said. “It wasn’t much, and in the beginning nobody was following me.” In a blog post at the end of August in 2010  – two months before his arrest  –  Husseini wrote:
“Muslims often ask me why I left Islam. What strikes me is that Muslims can’t seem to understand that renouncing Islam is a choice offered to everyone and that anyone has the right to do so.

“They believe anyone who leaves Islam is an agent or a spy for a western state, namely the Jewish state, and that they get paid bundles of money by the governments of these countries and their secret services. They actually don’t get that people are free to think and believe in whatever suits them …

“I would like to emphasise that by writing this article I did not mean to imply that Christianity or Judaism were better than Islam, and the reader should not fool himself into thinking that I only reject Islam among religions, all of which are to me a bunch of mind-blowing legends and a pile of nonsense that compete with each other in terms of stupidity.”

Husseini was eventually charged with insulting Muslims, defaming religions and inciting religious strife but it was four months before he appeared in court. In all, he says, he made more than ten court appearances and each time the case was adjourned without a full trial. He suspects his arrest was more connected with politics than religion itself  –  rivalries between the Palestinian Authority (PA) in the West Bank and the Islamist Hamas movement in Gaza. Hamas was accusing the PA of not being religious enough, and the PA wanted to display some religious credentials.

After ten months’ detention he was released but told not to use the Internet or make phone calls, and he had to report to the police station every evening. However whenever the authorities spotted something new on the Internet criticising Islam, Husseini came under suspicion and he was repeatedly arrested. “They arrested me on Thursday evenings [the start of the Muslim weekend], because on Friday and Saturday there is no court.

“So I spent all the time there [under arrest] and on Sunday they would say: ‘OK, go. It’s not you.’ After this kept happening I was in touch with an American journalist in Jerusalem. She knew my story and said maybe I should leave.”

Leading Nigerian humanist in custody after being accused of ‘blasphem... 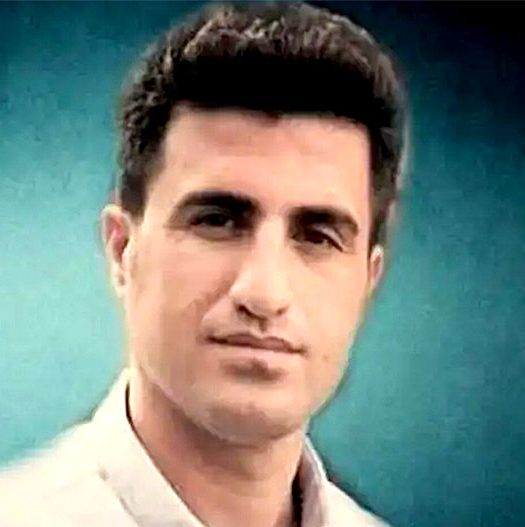