WHEN Hollywood superstar Brad Pitt, a non-believer, got wind of the fact that a conservative group in Massachusetts was using his name and face to promote a ‘Straight Pride’ event in Boston on June 10 , he took immediate action to stop it promoting him as  a ‘hero to straight men all around the world.’

SHFA isn’t admitting that they lost Pitt because he objected to it choosing him as a mascot. It says on its website:

Due to a scheduling conflict, our former mascot is no longer available. Not to worry, we found someone younger, more handsome, and more in tune with heroic masculine virtues.  Milo Yiannopoulos has accepted the offer to be mascot and Grand Marshall of the parade!

SHFA claims that its event will lead to a movement in which:

One day straights will be able to express pride in themselves without fear of judgement and hate.

Upon his appointment as Grand Marshall of the parade, Yiannopoulos said:

I might technically be a sequined and perfectly coiffed friend of Dorothy’s, but I’ve spent my entire career advocating for the rights of America’s most brutally repressed identity – straight people – so I know a thing or two about discrimination. This parade is a gift to anyone, male or female, black or white – gay and transgender allies, too! – who will stand with us and celebrate the wonder and the majesty of God’s own heterosexuality. Men, bring your most toxic selves. Women, prepare to burn your briefcases! Because it’s great to be straight, and we’re not apologizing for it any more. We’re Here, Not Queer.

SHFA says of its new mascot:

Milo Yiannopoulos is an award-winning journalist, a New York Times-bestselling author, an international political celebrity, a free speech martyr, a comedian, an accomplished entrepreneur, a hair icon, a penitent and, to the annoyance of his many enemies, an exceedingly happy person.

He is not straight, though he does continue to periodically try it out. He is the most censored, most lied-about man in the world, banned from stepping foot on entire continents for his unapologetic commitment to free expression.

But he is also, somehow, one of the most sought-after speakers anywhere, invited by foreign governments, wealthy individuals and even the occasional courageous private company to share his unique blend of laughter and war. Milo lurches from improbable triumph to improbable triumph, loathed by establishment Left and Right alike. His first book, Dangerous, sold over 200,000 copies, despite never being reviewed in any major publication.

Milo lives in New Jersey with his husband, John.

Rationalwiki  has a whole lot more to say about this flamboyant, blowhard self-publicist, and quotes him as saying:

Most of the reason I went gay is so I didn’t have to deal with nutty broads. Imagine how much worse they’re going to get when the passive aggressive manipulation tactics stop working because the guy can get himself off with a thinner, hotter robot anytime he wants to. They’re going to go mental.

He doesn’t care much for transgender folk either. In an October 2016 speech at the University of Delaware, he said:

Never feel bad for mocking a transgender person. It is our job to point out their absurdity, to not make the problem worse by pretending they are normal. Much like fat-shaming, if our mockery drives them to get the help they need, we may save their life.

I would love to be cured. Who wouldn’t want to be cured? Of course, I want to be cured. I’ve tried to pray the gay away … I think for a variety of reasons, most gay people if they were honest, would not choose to have been born homosexual.

Gays have been told for 30 years that they were ‘born this way’. That’s a lie. ‘Born this way’ was invented by the gay lobby as a run-around of the religious right. The religious right was saying that homosexuality was a sinful lifestyle choice, and then the gay lobby invented the ‘gay gene’. They said ‘we’re born this way’… it really has no basis in science at all. The most we can say is that it is a mixture of nature and nurture and it may have some epigenetic component. Nobody really knows.

If Yiannopoulos has a patron saint – being a Catholic, why wouldn’t he have one? – it would have to be Christina the Astonishing, Patron Saint of Lunatics.

Born in the 12th century in Belgium, she had a massive seizure in her early twenties. Assumed dead, a funeral was held where she arose and ‘levitated to the rafters’. She related that she had seen Purgatory, Hell, and Heaven where she visited with His Majesty, vowing to return to Earth to lead sinners on a path of conversion with the promise of everlasting paradise.

Note: This item was cross-posted from The Freethinker. 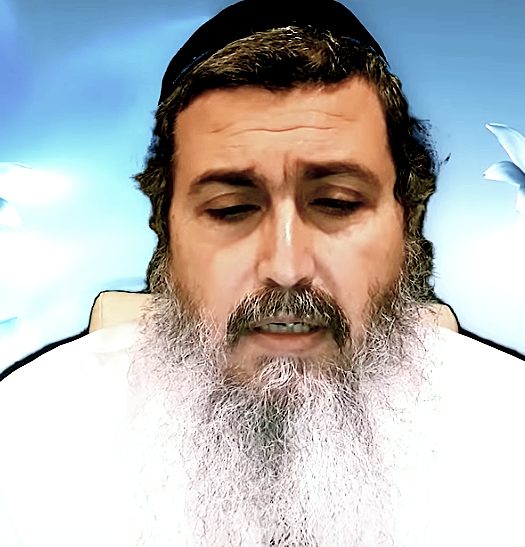