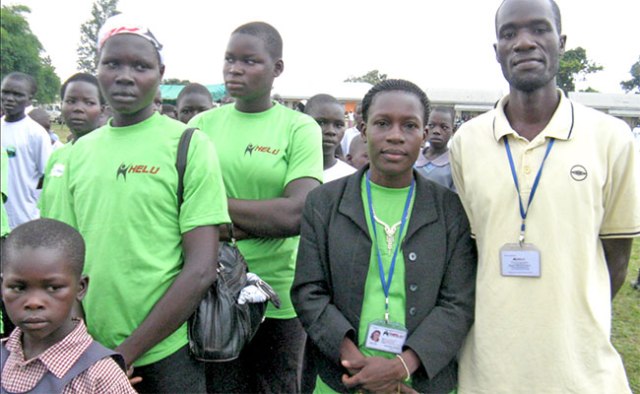 In the autumn of 2015, the Pink Triangle Trust provided funding for the Ugandan Humanist organisation HELU to build a classroom.

Humanist Empowerment of Livelihoods in Uganda (HELU) is a programme established in 2009. Its first project was to empower vulnerable girls, including rape victims and child mothers. The programme operates in Gulu, a district in Northern Uganda.

Gulu experienced war between government forces and a rebel group called the Lord’s Resistance Army for two decades, and since 2007 Gulu has been a post-conflict zone.

A vocational training centre and a demonstration farm are in place to provide training and alternative shelters for those denied rights to own land. It also provides temporary shelter for any LGBTI discrimination victims and for those accused of witchcraft. Most of the beneficiaries have children. To keep the kids busy while the mothers attended classes a pre-school was established.

In January 2015 an American charity KidsHeartKids provided funding for two classrooms. A third classroom in now being constructed. We also undertake the following activities: