Those calling for a ban include the Right reverend Paul Bayes, Bishop of Liverpool and chair of the Ozanne Foundation

BAYES, above, who was slammed in 2017 by UK hate group Christian Concern for telling the General Synod of the Church of England that conversion therapies were ‘spiritually abusive’, has repeated his demand that such practices must be banned.

In supporting a motion tabled by Jayne Ozanne to ban therapy for those with ‘unwanted same-sex attraction’ he said:

LGBTI orientation and identity is not a crime, not a sickness, and is not a sin.

He added that “a therapeutic model” is therefore “not appropriate” and is “spiritually abusive”. He also said that people within the church should be given the choice to live in:

Infuriated by the fact that the motion was passed, Christian Concern’s Andrea  Minichielllo Williams, above, shrieked:

This motion has effectively barred individuals from intentionally seeking help to move away from unwanted same-sex attraction. This sends a message that the Church believes there is no repentance or freedom available for those who experience same-sex attraction and the desire to act upon it. It is a denial of the gospel and the saving power of Jesus Christ.

Well, the Jesus-afflicted haridan will be more than a tad dismayed by the news this week that Bayes has been joined by religious leaders representing Christians, Jews, Sikhs, Muslims and Buddhists who want the government to stop dragging its heels over a ban it promised in 2018.

In July, Prime Minister Boris Johnson said conversion therapy “has no place in a civilised society”, but suggested that the government would have to do more research before banning the practice.

However, Bayes, along with vice chair and interfaith advisory board of the Ozanne Foundation, which works with religious organisations to support the LGBT+ community, has called for Johnson to “urgently” ban the horrific practice.

In an open letter, published in full by PinkNews, the group led by Bayes wrote:

There can be nothing more important than safeguarding people’s lives, particularly at the start of their adolescent journey into understanding who they are. That is why we fully back the Prime Minister’s commitment, echoed recently by the secretary of state for health, to ban so-called “conversion therapy” once and for all.

As senior religious leaders we recognise the harm done by this discredited practice, which causes a person to attempt to change their sexual orientation or gender identity and condemns them for not conforming to certain stereotypes.

We also recognise that this is promoted and practiced primarily by well-meaning but misinformed people within our religions.

What is worse, it frequently impacts children and young people at a critical stage of their development, leaving deep scars that will affect them for the rest of their lives and undermining their ability to form loving and life-long relationships.

Let us be clear – this is not a matter of freedom of speech or of personal conscience. Conversion therapy objectively causes great harm – indeed it has been found to be torture.

This is not a matter of freedom of speech or of personal conscience. Conversion therapy objectively causes great harm – indeed it has been found to be torture

We cannot allow anyone to put themselves through this, no matter how much they may think they are doing “the right thing” according to their understanding of their holy texts. For they are misguided and the consequences are severe.

Survivors, we know, are frequently motivated to undergo such “therapy” because of a belief that who they are is ‘sinful’. Heartbreakingly, many carry a deep internal sense of shame due to their religious beliefs.

It is this internalised homophobia that causes such deep psychological damage. It must be countered by a far more positive message – central to all our religions – that recognises their unique individual worth, no matter what their sexuality or gender identity.

We know we are not alone in this belief – research has shown that the majority of those with a religious affiliation in the UK also support a ban, with only a small minority voting against.

Many are unaware of this horrific practice, which aims to change someone’s sexual orientation or gender identity to conform to certain stereotypes through a variety of interventions and religious rituals.
So, what should a ban look like? Well, we believe it must do three things.

Firstly, it must cover the full range of religious practices that people are tempted or coerced to undergo.

While conversion therapy outside a religious setting does still occur, it is rare. In the main the perpetrators are motivated by their religious beliefs, and the law must recognise and address that.
Secondly, it must explicitly protect trans people, who are at the greatest risk of undergoing change therapy.

Thirdly, it must ensure that there are no “loopholes” that will allow those who practice conversion therapy to offer help in “changing” or “suppressing” behaviour, for this is just as damaging.

Why are we so set on a ban? Because only legislation will cause religious leaders to think twice – few will want to risk having a criminal record that would stop them following their vocation.It will also, importantly, enable victims to know that they will be understood and protected if they seek help.

The prevalence of conversion therapy has remained hidden in plain sight for a reason – speaking out is both traumatic and dangerous for victims.

Sadly, few do so as it ultimately risks them losing their entire support network – their friends, their family, their home and their work prospects. It is a trap few can escape.

We are therefore committed to working together with leaders across our religious organisations to ensure people are made aware of the significant safeguarding risks these discredited practices represent.

We urge them to adopt formal positions, such as the Church of England chose to do in 2017 when it called on the government for a ban on conversion therapy.

It is this work with religious groups that will ultimately enable us to eradicate this practice, but for that – we are clear – we first need a ban. We ask therefore that the prime minister make good his promise and urgently bring forward legislation.

Meanwhile, it is reported here that a petition launched by the vile Northern Ireland based Core Issues Trust, demanding that Barclays Bank reinstate its bank account, has been signed by by over 66,000 people.

Headed by “ex-gay” Christian fanatic Mike Davidsion, above, CIT was dropped as customer in July after what Davidson describes as:

A co-ordinated, aggressive campaign from activists who pejoratively label its work as ‘conversion therapy’. 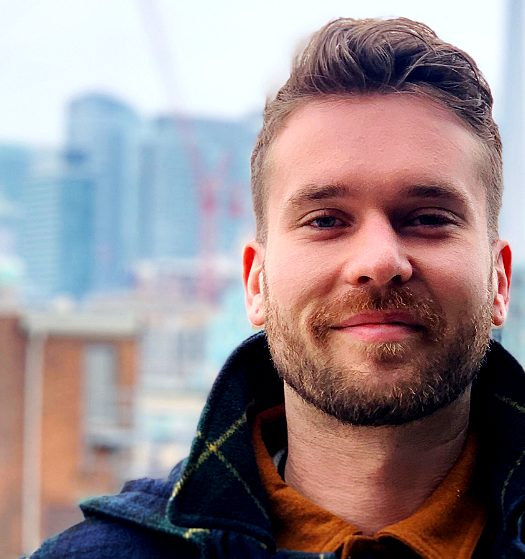 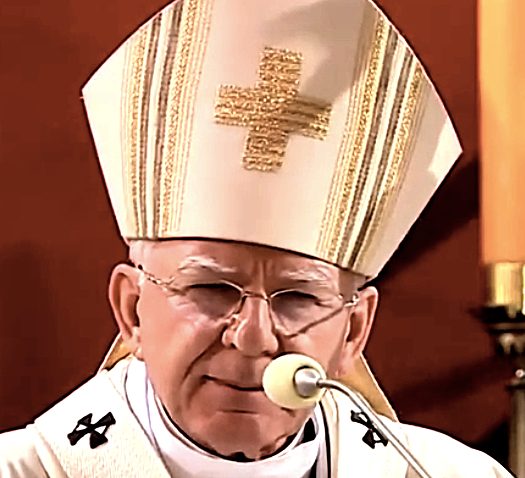