EDDIE McGuinness, above, said in an Irish Mirror report today that he was ‘flabbergasted’ by the words of an Irish priest who compared gay people and those who have sex before marriage to infected zombies.

In his homily to parishioners last weekend in the Friary in Co Kilkenny, Brother Tom Forde suggested those who believe in contraception and abortion are “morally rotten” and the “living dead”.

I begin this homily with an embarrassing admission. It may destroy whatever respect you have for me. You may decide to disregard everything I say now and in the future. But there is a point to my admission and I ask you to be patient with me. I am a little odd. I like zombies.

He acknowledged they are “ridiculous” horror stories but suggests people are “physically alive but spiritually dead, morally rotten or at least infected”.

It is visible in the abuse of drugs and alcohol, in adultery, fornication and homosexuality (and there are other unnameable behaviours). As well as in acceptance of abortion and contraception and in the move to legalise euthanasia. In the zombie genre once you’re bitten you’re infected and there’s no hope. The only way to deal with the monsters is to stab or shoot them in the brain for otherwise they are merciless, relentless and unstoppable.

Reacting to the homily hours before launching the Dublin Pride Festival which begins on June 20 McGuinness said:

I’m flabbergasted. Those words are harmful, not just within the LGBT community but within society. So again the Catholic Church is trying to tell people how to live their lives when they should be looking internally and cleaning up what they did themselves. 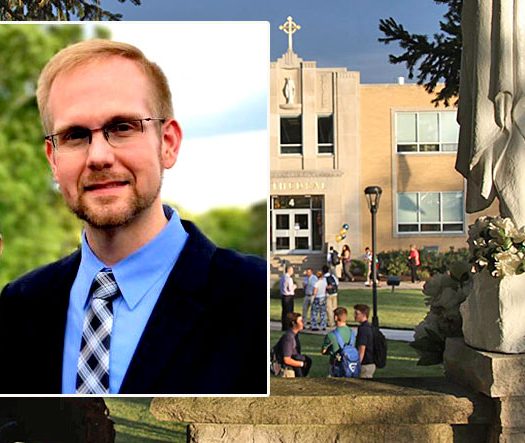