Writing for Slate magazine back in 2014, bisexual Nathaniel Frank, director of the What We Know Project at Columbia Law School and author of Awakening: How Gays and Lesbians Brought Marriage Equality to America, confessed that he once “dreaded” the subject of bisexuality.

His article, entitled “Bisexuality is not all that complicated” was a response to a New York Times cover story on the quest to prove the existence of bisexuality. The piece looked at the work of the Los Angeles-based American Institute of Bisexuality (AIB), “a deep-pocketed” group partly responsible for a surge of academic and scientific research across the country about bisexuality, and featured an interview with Californian lawyer Brad S Kane, an AIB board member.

He was quoted as saying of bisexuals: “They’re misunderstood. They’re ignored. They’re mocked. Even within the gay community, I can’t tell you how many people have told me, ‘Oh, I wouldn’t date a bisexual’. Or, ‘Bisexuals aren’t real’. There’s this idea, especially among gay men, that guys who say they’re bisexual are lying, on their way to being gay, or just kind of unserious and unfocused.”

In his Slate article, Nathaniel Frank wrote: “I’m one of those people who, when pressed, identifies as bi, but far more often says I’m gay. And I’m not alone: When surveyed, a majority of LGB people say they’re “B” but how many self-identified bisexuals do you know? Most Americans have gay or lesbian friends and associates, but many fewer seem to have bisexual ones that they know of, despite their statistical ubiquity among LGB people.”

Fast forward to the summer of 2017, when the community advisory board (CAB) of Pride in London said more attention must be given by the organisers of Pride to bisexual and transgender communities.

According to PinkNews, CAB’s wide-ranging report, which also outlined a breakdown in communication between Pride in London and UK Black Pride, made several recommendations following this year’s Pride events.

In the report, the board expressed its “strong concerns” about the conduct of Pride board in closing registrations early for the annual Pride Parade, which meant that no bisexual group had registered in time.

No allowance was made for a “late” registration, and it was only following an outcry on social media, that a bi parade entry was included as part of the UK Pride Organisers’ Network.

Additionally, concerns were raised about “biphobic remarks” made by a Cabaret Stage presenter and Parade podium commentator.

“Bi people, despite forming the largest component of the LGBT population, remain marginalised within that community and in society at large, and the organised bi community is itself small and is led by very few volunteers,” read the report.

“The initial response of the LLCP Board that was okay that there was no specific bi group in the Parade was unacceptable. The CAB therefore recommend that to compensate for this failure and to combat bi erasure more generally, Pride in London should follow the example of Tel Aviv Pride this year, by making bi people the central focus of the Pride Parade in 2018 or 2019, which would require full engagement of bi people and groups in both planning and execution.”

Additionally, the board suggested that the “more marginalised” members of the LGBT community in London, such as bi, trans and intersex people, should be given “pride of the place in the Parade” on rotation.

The CAB also called for presenters to be reminded not to make discriminatory remarks, even in jest, and of the need to reflect the diversity of the Pride in London audience. CAB chair Adrian Hyyrylainen-Trett said: “There has been significant disquiet across the LGBT+ communities, around Pride’s corporate nature, lack of inclusion [and] bad handling of sensitive intersectionality issues.

“It felt that we needed to live up to the expectations of the role and that is providing a frank but honest report on the experiences not only from CAB members but also opinions across our communities.”

Shortly after the publication of the CAB report, Stewart McCloud, CEO and founder of the Bi Men Network circulated an open letter which said: “In the last decade, many gains have been made for our gay brothers and lesbian sisters, especially in the area of marriage equality. The wise and astute representation of “Gay Marriage” into “Marriage Equality” did, over time, work wonders for us. Decades ago, who would have thought that today all of us could get legally married in each and every jurisdiction in the United States.

“Other remarkable gains with greater acceptance and tolerance have been blessedly achieved for gays and lesbians, but progress for bisexual and bi-curious men has lagged behind, and now our transgendered siblings are increasingly under attack, most recently in the armed services, and even denied access to public restrooms in many states across the country today.

“Sadly, bisexual men and bi-curious men are once again being shoved further and ever deeper into their closets, and left there in fear and isolation. Acceptance even by our gay and lesbian siblings has lagged, and whereas the LGBTQ family should be united and one, but it is nowhere any nearer to that today than it was decades ago.

“Bisexuals, especially men, are just not fully accepted and welcomed into our LGBTQ family as they rightfully should be. One day this will come and it must – so we are asking you to help make that a reality sooner than later. One day at a time.

“An important first step for all of us was and is self-acceptance and greater self-understanding. It is all too often so very difficult for bisexual and bi-curious men to do this. The Bi Men Network has been helping in this regard online since the 1990s as a continuous support and presence for our men at www.bimen.org – and in recent years with our new online bi men social fraternity, Beta Mu Society (www.betamusociety.org) and more recently our Facebook public groups. We are reaching out here to you to ask your help in letting bisexual and bi-curious men you may know now or come to know in the future about these opportunities for greater self-acceptance and self-understanding.

“We implore your help for all bisexual and bi-curious men – those you know now and those you will meet and encounter again and again. They are often newcomers to the LGBTQ family and all too often they need your patience, your care and concern, and your understanding. All too often they are not yet where you are on their life paths to self-acceptance and self-understanding. They need and deserve your compassion and empathy and just a little help as they make their own way on their own life path albeit different than your own. The LGBTQ family is a big tent – we are likely 20 up to 40 percent of the entire human race and not just the 1 in 10.

“So please help all members of our LGBTQ family in our pursuit of happiness – and self-acceptance and self-understanding for all of us.” 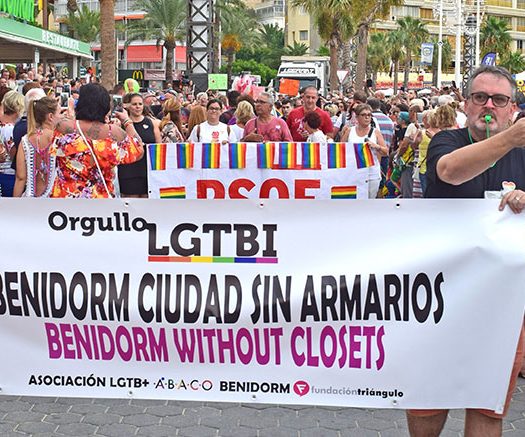 Read More
‘Why I am so proud of Pride’ 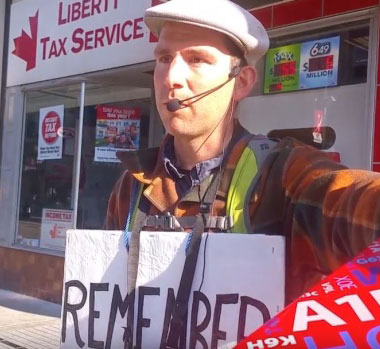 From caring citizen to ‘a fool for Christ’: the sad case of Matthew Carapel...

Read More
From caring citizen to ‘a fool for Christ’: the sad case of Matthew Carapella
Submit a Comment