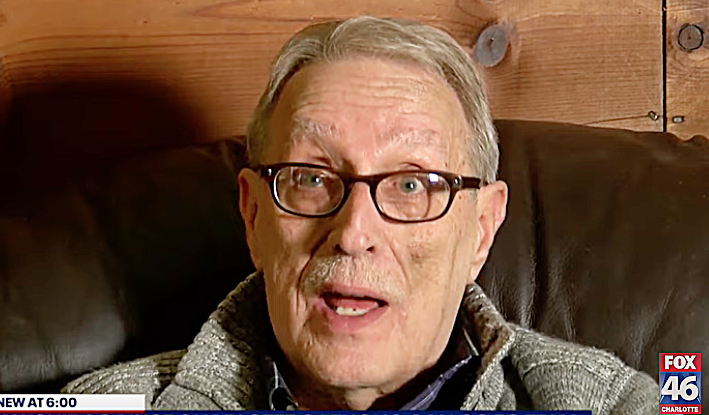 THE North Carolina school last Friday lashed out at a federal judge who ruled that Billard, above, an award-winning gay substitute teacher, had been the victim of discrimination after he announced his his forthcoming marriage in 2014.

According to Religion News Service, US District Judge Max Cogburn ruled that Charlotte Catholic High School and the Roman Catholic Archdiocese of Charlotte violated Lonnie Billard’s federal protections against against sex discrimination under Title VII of the Civil Rights Act.

Cogburn granted summary judgment to Billard and said a trial must still be held to determine appropriate relief for him.

A furious diocese released a statement to The Charlotte Observer saying that it disagreed with the ruling and “was considering how to proceed.” It said:

The First Amendment, federal law, and recent Supreme Court decisions all recognize the rights of religious organizations to make employment decisions based on religious observance and preference. They do not – and should not – compel religious schools to employ teachers who publicly contradict their teachings.

The lawsuit against the school was launched by the American Civil Liberties Union (ACLU), ACLU of North Carolina, and Tin Fulton Walker & Owen.

Lonnie Billard worked at Charlotte Catholic High School for more than a decade – both as full-time drama and as a long-term substitute teacher – and has won numerous teaching awards, including teacher of the year.

In October 2014 Lonnie wrote a Facebook post announcing that he and his long-time partner were getting married. Later that year, the school told Lonnie he could no longer work as a substitute teacher because his engagement and marriage to another man was contrary to the religious principles of the Catholic Church.

Firing an employee for marrying a same-sex partner qualifies as sex-based discrimination under Title VII. Even though Mr. Billard worked at a private religious school, the school cannot illegally engage in sex discrimination against an employee who performs only secular job function

Billard said via a statement released on Friday by the ACLU:

After all this time, I have a sense of relief and a sense of vindication. I wish I could have remained teaching all this time. Today’s decision validates that I did nothing wrong by being a gay man.

Religious News Service reported that Billard taught English and drama full time at the school for more than a decade, earning its Teacher of the Year award in 2012. He then transitioned to a role as a regular substitute teacher, typically working more than a dozen weeks per year, according to his 2017 lawsuit.

According to this Fox 46 report, Billard said everyone at the school – the administration, pupils and parents – knew he was gay, but action was taken only after he announced his forthcoming marriage.

He posted about his upcoming wedding in October 2014 and was informed by an assistant principal several weeks later that he no longer had a job with the school.

The defendants said that they fired Billard not because he was gay, but rather because “he engaged in ‘advocacy’ that went against the Catholic Church’s beliefs” when he publicly announced he was marrying another man.

Plaintiff is a lay employee, who comes onto the campus of a religious school for the limited purpose of teaching secular classes, with no mandate to inculcate students with Catholic teachings.

In his lawsuit, Billard requested back pay and benefits, punitive damages, compensatory damages for emotional distress and a court order blocking the school and Catholic leaders from taking similar punitive actions in the future.