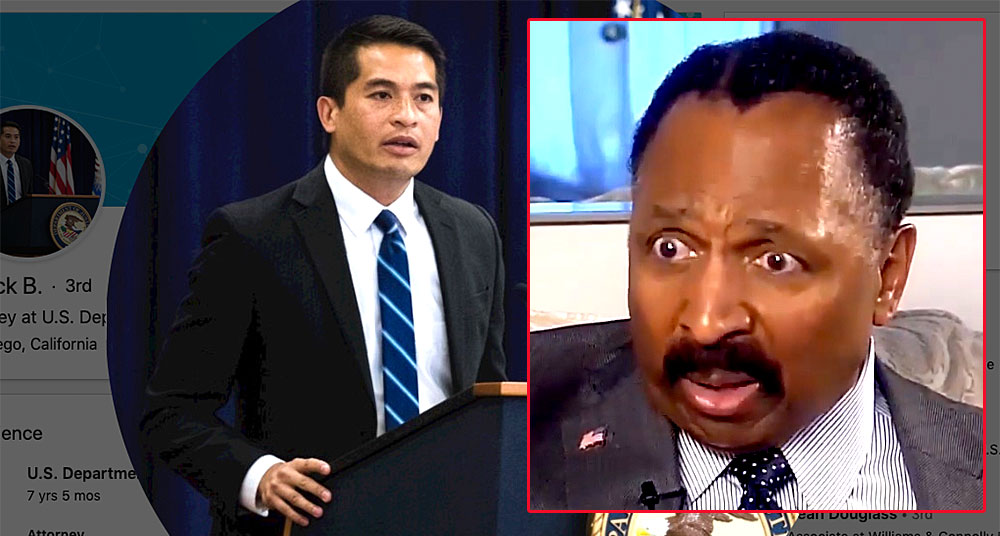 ON October 15, 2019, President Trump nominated an openly gay man, Patrick Bumatay, 41, to the United States Court of Appeals for the Ninth Circuit.

This so enraged anti-gay bishop E W Jackson, an American politician and protestant minister, inset above, that he used his radio show, The Awakening, this week to claim that Bumatay cannot be fair or objective because of his sexuality.

This guy is a complete and a total activist who has an agenda to further the cause of normalising and legalising, in the civil sense, homosexuality in our country. We don’t need that kind of person as an appeals court judge.

This guy is bad, bad news. He is a homosexual activist… and he brings this into his legal practice.
Folks, we don’t need judges who have an ideological agenda to use the bench to transform the culture into something they think it should be, contrary to everything we’ve ever stood for.

This guy is bad, bad news. He is a homosexual activist… and he brings this into his legal practice.

His nomination needs to be quashed, and it is my hope that it will either be withdrawn or it will be defeated by a vote in the United States Senate. There is a tremendous opportunity there for judicial tyranny when people take that job because they’ve got some agenda other than the implementation of the law and the Constitution in a fair and objective way.

In an interview in 2012 with Americans For Truth About Homosexuality, Jackson said of homosexuals:

Their minds are perverted, they’re frankly very sick people psychologically, mentally and emotionally and they see everything through the lens of homosexuality. When they talk about love they’re not talking about love, they’re talking about homosexual sex. So they can’t see clearly. Jesus said ‘when the eye is dark the body is full of darkness’ … some of the most vicious attacks ever leveled against any black conservative or black Christian for that matter has come out of the homosexual community.

According to a White House post, Bumatay is a member of several legal associations, including the Tom Homann LGBT Law Association.

The group’s goal, according to anti-LGBT hate group the American Family Association, is to force:

Christians to abandon their religious faith and …

Well, I don’t know the rest because the AFA’s website was down at the time of my posting this report.

According to the Alliance for Justice, Bumatay’s nomination is indeed questionable – not because of his sexuality but that he’s a Republican ‘idealogue.’

Furthermore, says AFF, Bumatay has ‘no judicial experience’ and ‘limited experience as an appellate lawyer.’

In contrast, his experience advancing the cause of the Republican Party is extensive. Bumatay, a member of the Federalist Society since 2003, worked on the Bush Cheney campaign in both 2000 and 2004 …

Bumatay’s nomination to the Ninth Circuit comes in the wake of President Trump’s repeated attacks on the independence of the Ninth Circuit, and his stated desire to obtain different rulings. The President has said the court is a ‘big thorn’ in his side, and has called the court a ‘dangerous disgrace’, a ‘complete & total disaster’, and ‘out of control’. He has threatened to ‘put in a major complaint’ about the court.

That Trump wants a lackey in the court is confirmed by a statement of support from Jeff Sessions, above, former Attorney General and “one of the highest-ranking, and most vocal proponents of a specifically Trumpian blend of evangelical Christianity and patriotism.”

Patrick Bumatay will make a terrific judge on the Ninth Circuit. He has dedicated his career to upholding the rule of law. Patrick’s many fine qualities, including his integrity, intellect, and collegiality, make him exceedingly worthy of this position. And his fidelity to the text of the Constitution is exactly what this country needs. I am very pleased to support Patrick Bumatay’s nomination to the Ninth Circuit Court of Appeals.

Last year Sessions announced the creation of a so-called religious liberty task force within the Department of Justice – an effort that threatens to result in discrimination against LGBT people and many others in the name of religion.

Sessions, a longtime foe of LGBT and reproductive rights, said the task force will reverse a trend of what he sees as hostility to religion. 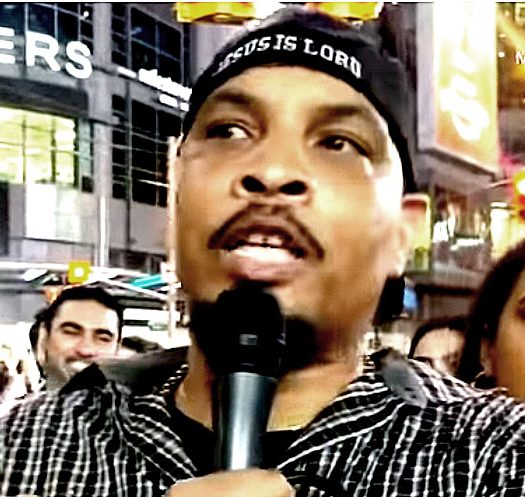