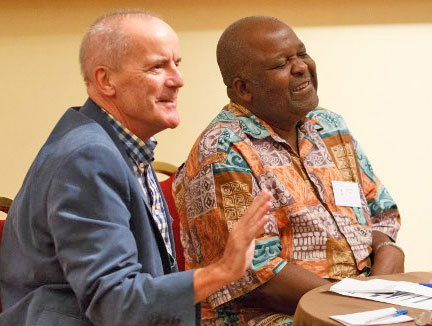 NIGERIAN human rights campaigner Leo Igwe has received the 2017 Distinguished Services to Humanism Award from the International Humanist and Ethical Union (IHEU). He received the award in August from IHEU President Andrew Copson at IHEU’s 2017 General Assembly in London.

In this piece published by Modern Ghana, Igwe wrote:

“I dedicate this award to all humanists at risk around the globe. I feel humbled by this honour, although I must acknowledge that if one goes through the list of past recipients, it is obvious that the contributions that I have made to international humanism and to organised humanism are quite small.

“How would anyone compare my contributions to those of the likes of American philosopher Corliss Lamont, Indian Humanists Indumati Parikh and Abe Solomon, British Humanists David Pollock, Robbi Robson and my friend Josh Kutchinsky and past IHEU presidents Roy Brown and Sonja Eggerickx?

“There is no doubt that I have eventually found myself in the midst of humanist giants, and that is humbling.

“I must state that this award was not actually meant for me. This award rather speaks to the vision that has been there since the founding of IHEU. This is the vision that drove British Humanist Harold Blackham and other humanist delegates from across the world to start the IHEU in Amsterdam in 1952.

“It was the same reason that led me to start the Nigerian Humanist Movement in 1996. I was not born a humanist. In fact, I trained to become a priest, not a humanist leader.”

Leo made contact with IHEU in the 1990s and attended the World Humanist Congress in Mumbai in 1999, where, for the first time he addressed an IHEU event. He joined the IHEU Growth and Development Committee and later served as one of the representatives in Africa and at the African Commission on Human and People Rights and used the position to raise humanist issues for the first time with state parties in the region.

He pointed out that IHEU and its member organisations have helped establish and support secular schools in Uganda:

“In recent years we have witnessed other changes within the IHEU. These developments give me hope for the future. For instance, we now have IHEU Board representatives from Asia and Africa. That gives me hope. Since 2012,

IHEU has been publishing The Freedom of Thought Report that documents the discrimination and persecution against non-religious people in countries around the world including my own country, Nigeria.

“That gives many humanists across world hope. In fact, the latest IHEU campaign to support humanists at risk was a masterstroke and again that gives me hope.

“So keep moving in the direction of humanism as it should be, IHEU! And be assured of my continued support and contribution to your work and programs for the rest of my active years.”

The award was made to the Nigerians “for their courageous defence of LGBT rights and dignity in the face of ferocious attacks from homophobic Nigerian politicians, parliamentarians and religious leaders calling for the imprisonment of those having homo-sexual relations and those who dare to support such relations, and for reminding fellow countrymen and women in Nigeria of the need to safeguard the spirit of the United Nations Declaration of Human Rights and the need for reason, common sense, thoughtfulness, knowledge, love, tolerance, solidarity and empathy, instead of hate and homophobia.”

Said Nordic Rainbow Humanists secretary Bill Schiller: “We are very proud to salute African humanists for speaking out so forcefully on behalf of LGBT rights, which have long been supported by the International Humanist and Ethical Union.”

The award was announced at a ceremony at Stockholm’s LGBT centre and bookshop, Hallongrottan, by Carl Johan Kleberg, former chairman of the Swedish Humanist Association.. A year after, the Nordic Rainbow Humanists award went to Secretary General George Thindwa and his colleagues of the Association for Secular Humanism of Malawi (ASH). “This has been made for their courageous public stand for LGBT identity and rights in this African nation, taking great risks of retaliation from homophobic politicians, religious leaders, and a hostile mass media,” said Bill Schiller in Stockholm.

He added: “This is the second time our annual award has gone to Africa and we were very pleased to have this recommendation from an earlier winner and staunch supporter of LGBT rights, Leo Igwe of the Nigerian Humanist Movement.

“The Malawi Humanists are being honoured for defending LGBT rights in a continent where tolerance towards the LGBT communities is a rare exception and where even former African freedom fighters and anti-colonialist leaders, now in power, openly call for the imprisonment and punishment of LGBT people,” said Schiller.

In a message to George Thindwa, George Broadhead, said: “Warm congratulations to Malawian Humanists on winning the 2010 Nordic Rainbow Humanist Award. If the situation for LGBT people is anything like as dire as that in Uganda, you richly deserve this for so courageously taking up the cudgels on their behalf. “You also deserve great praise for your staunch opposition to the persecution of people in Malawi accused of witchcraft. As a gay Humanist who won this same award in 2002, I salute you.”

In 2015, Dr Bob Scott, a longstanding member of the Humanist Society Scotland (HSS), visited Malawi, where he met George Thindwa and other members of ASH. On his return, Scott reported at the 2015 HSS Annual Conference that Thindwa “gave a stunning presentation” of ASH’s efforts to combat witchcraft-based violence.

“ASH has made remarkable progress in promoting human rights in the country. It has single-handedly managed to release from prison over 250 individuals, who were being illegally detained on trumped-up charges. Despite that success in the courts, combating witchcraft-based violence remains a vitally important activity for ASH. Belief in witchery is widespread and much work is yet to be done.” 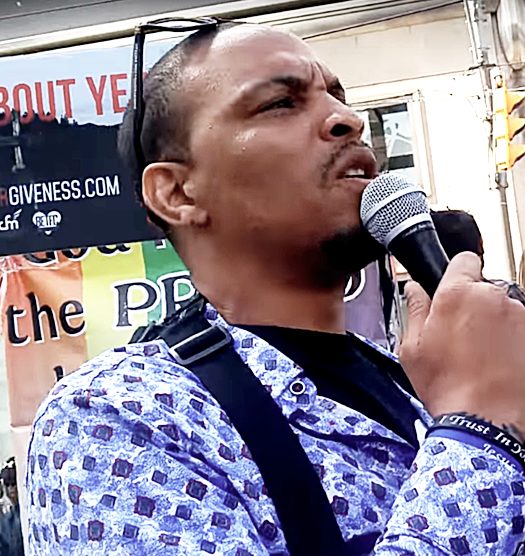 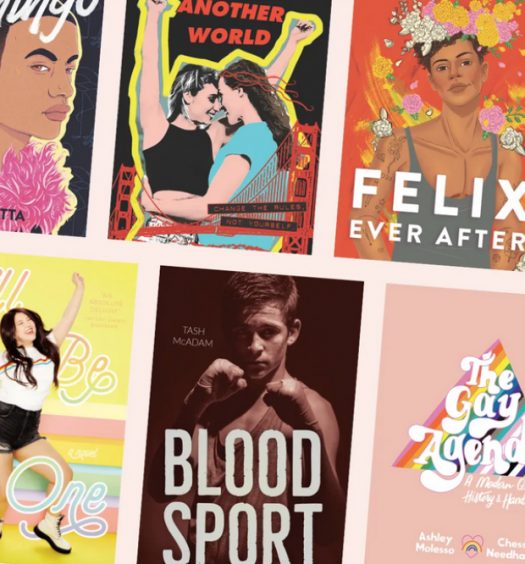 Catholic outfit launches a ‘Hide the Pride’ drive to rid US li...