Christian homophobe is horrified by ban

MARCH 8, 2017, was a significant date, for it saw the long-overdue demise of an American Catholic ‘therapist’ whose work in ‘curing’ homosexuality left many lives in in tatters, and may well have led to a number of suicides.

Wayne Besen, of Truth Wins Out, said this of Dr Joseph Nicolosi, above, after the dangerous charlatan fell off the perch, aged 70:

‘Ex-gay’ therapist Joe Nicolosi is dead. I doubt he’s in a better place. I do know the earth is a better place without this noxious con artist who peddled phony cures for homosexuality. While I hesitate to speak ill of the dead, I wonder how many LGBT teens took their own lives, or numbed their tormented minds with alcohol and drugs because Nicolosi preached that they were sick and in need of healing? How many thousands of ruined lives lie in his wake, with gay people pressured to marry straight spouses – only to have their doomed marriages end in bitter divorce? 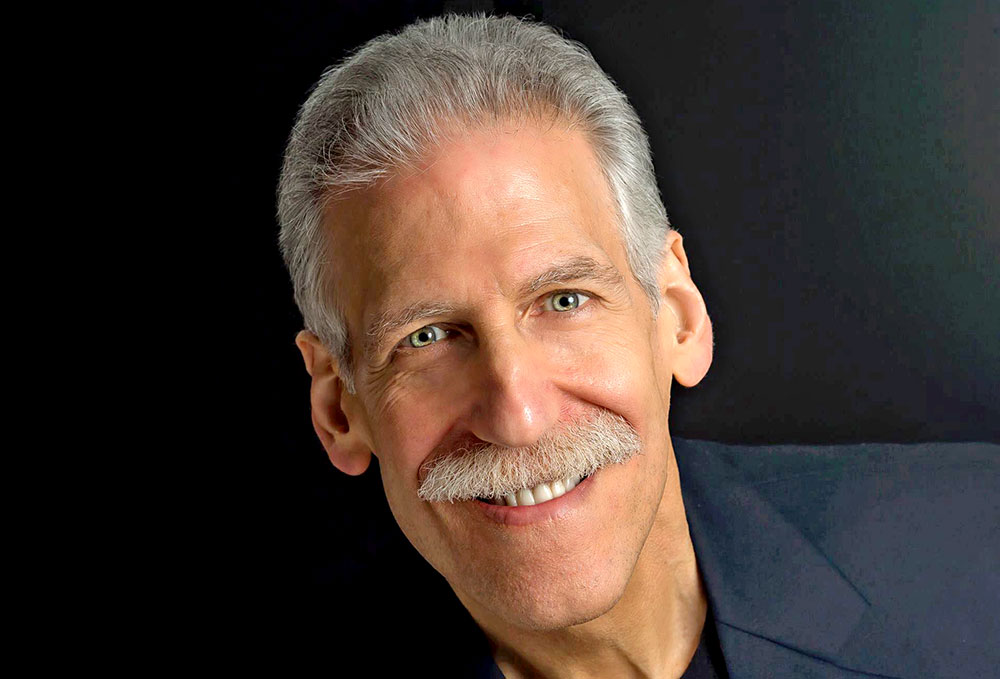 Despite proof from a variety of sources that Nicolosi was, in Besen’s words, “an arrogant hate-mongering demagogue”, there are those who insist that “the father of conversion therapy” as some call him, had done excellent work. One is the deranged Dr Michael L Brown, above, who writes for LifeSiteNews – and he beside himself with fury that Amazon has decided to remove Nicolosi’s books.

This Jew-for-Jesus freak said of the removal:

This leads to the logical question: Will Amazon ban the Bible next? There is no hyperbole here.

After all, it is the Bible that condemns same-sex relationships and the Bible that speaks of those who once practiced homosexuality but do so no more (see 1 Corinthians 6:9-11). These people, today, would be known as “ex-gays”. And it was Dr. Nicolosi’s life work to help people with unwanted same-sex attractions.

Why, then, should Amazon ban his books but continue to sell the Bible, which provides the theological underpinnings for Dr. Nicolosi’s scientific work?

After all, gay critics of the Bible refer to the so-called “clobber passages,” referring to verses which have been used to speak against homosexual practice. If these verses, then, have brought such harm to the gay community, why shouldn’t the book containing these verses be banned? 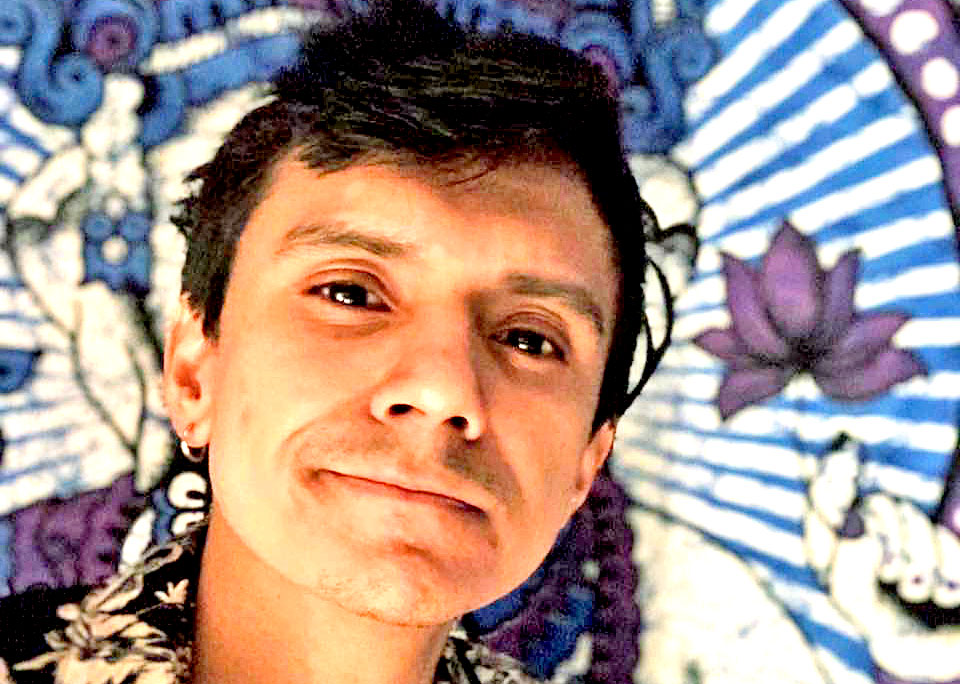 He said that what makes the ban “especially frightening” was that Amazon apparently caved in to “one man”, Rojo Alan, above, who is based in England. This is pure baloney. A petition calling on the company to stop selling gay “cure” books was signed by more than 82,000 people!

As reported on PinkNews, at first, after sharing his concerns in writing, he got no response from either Amazon or the British outlet, Wordery. But after he posted his concerns on Facebook, he got an immediate response from Wordery, which quickly pulled Nicolosi’s writings.

Amazon, however, claimed that the books did not violate their guidelines.

Alan explains that ‘since then, I had been working on getting these books pulled. I contacted Amazon regularly to speak to them about the books, about how unethical they are.’

He ‘used social-media sites to ask people to leave bad reviews of the books, and also began researching the ways in which they violated Amazon’s rules of publishing.’

Not long after this, the books were removed, and Alan was moved to tears.

Of course, I could produce scores of testimonies from former patients of Dr. Nicolosi who were greatly helped by his counsel. Some experienced profound changes in their attractions. Others were freed from shame and self-harm. That’s why he remained in demand until his sudden passing in 2017.

On the 31st of May, I made a post on Facebook, asking all of you to help me in getting a number of homophobic books pulled from Wordery and Amazon. The main book in question was one called, ‘A parents guide to preventing homosexuality’ by Joseph Nicolosi.

I asked for people to go to each website and leave a bad review and also contact the providers if possible.

After I had messaged Wordery, they took down the said book from their website within 24 hours.

Amazon wasn’t as quick to react, but Alan said in his post that:

As of today (July 2) ALL THE ENGLISH LANGUAGE BOOKS BY JOSEPH NICOLOSI, HAS BEEN REMOVED FROM THE UK AND US AMAZON STORE!!!

I’m currently in Starbucks, I’m so close to crying that all my efforts seem to have paid off.

I have to thank everyone that helped out with this! Those of you that left a negative review, those that contacted Amazon themselves, and those that signed the petition.

This is such a huge fucking step in the right direction. Getting such a huge retailer to remove something like this. I feel so overcome with emotion I’m giving myself stomach cramps.

Again! Thank you to everyone that helped out with this! In whatever way you did!!!

Amazon is the nation’s largest seller of online books. It is significant that they are taking the threat of conversion therapy seriously by refusing to be a party to the exploitation of concerned parents and other customers who deserve accurate information, not DIY conversion therapy manuals that should clearly be labeled as ‘fiction’.

In 2009, the American Psychological Association took aim at Nicolosi’s writings and that of other conversion therapy proponents, declaring that there is “insufficient evidence” to support the idea that therapy can change sexual orientation. It also reaffirmed that same-sex attractions are:

In addition, the American Psychiatric Association stated that conversion therapy represents a “significant risk of harm”, since it subjects patients to treatment that hasn’t been scientifically validated and undermines their self-esteem when their sexual orientation fails to change.

Eighteen states have banned therapists from practicing conversion therapy on minors. Still, two out of three LGBTQ youth say someone tried to convince them to change their sexual orientation or gender identity, according to a 2019 national survey from The Trevor Project.

Youth who have undergone conversion therapy were more than twice as likely to attempt suicide as those who did not.

Even though Amazon removed several Nicolosi titles, the site is still selling many other books claiming that sexual orientation can be altered or that same-sex attractions can be diminished through therapy or prayer.

These include books by Bob Davies, former executive director of the now-defunct ex-gay organization Exodus International, and Jackie Hill Perry, an ex-lesbian hip-hop artist who is popular in conservative evangelical circles. Books about “leaving homosexuality” by Alan Chambers, a former Exodus International leader who later renounced conversion therapy, are also still being sold on Amazon.

Amazon declined to explain to HuffPost why it took action against Nicolosi’s books, while other books by ex-gay authors are allowed to remain on the site.

Read More
It’s just a silly icon, so get over it Poland! 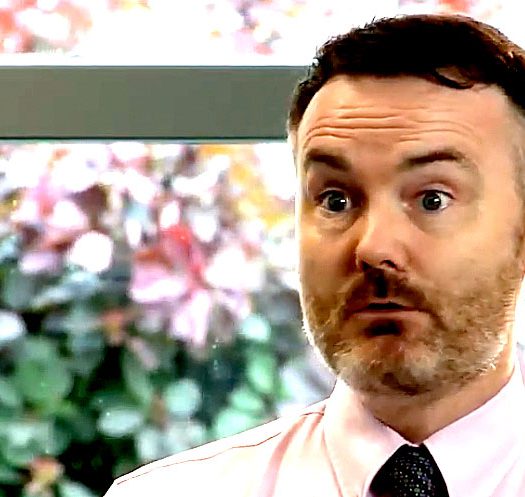