The concept of a ‘gay Christian’ is an oxymoron in light of numerous Scriptural instances wherein homosexual behavior is forbidden. One cannot live in a continual state of unrepentant sexual sin while calling themselves a Christian.

The concept of a ‘gay Christian’ is an oxymoron in light of numerous Scriptural instances wherein homosexual behavior is forbidden. One cannot live in a continual state of unrepentant sexual sin while calling themselves a Christian.

The silly pup stepped into a row that erupted after Rick Warren, leader of the Saddleback mega-Church in California, said in a Huffington Post interview that he did not believe homosexuals would go to Hell.

No, not because they’re gay. We go to Hell because we choose to reject the grace of God.

When asked what happens to a homosexual who accepts Jesus, Warren responded enthusiastically.

He’s going to Heaven! Without a doubt.

Last year, Mason got his knickers in a twist over a play entitled 8, a depiction of the Proposition 8 trial in San Francisco. Box office takings from the play, which included actors Morgan Freeman and Anthony Edwards, went towards The American Foundation for Equal Rights, a group created to challenge Prop 8.

Mason warned theatre-goers that their support would fund:

Increased and more frequent and sustained attacks on God’s definition of marriage. And anybody who goes to this play and supports it is going to be implicitly responsible for their support of that. Mason said the play was a sign of the times.

Nowadays most of what is referred to as ‘entertainment’ is actually nothing more than a positive portrayal of the rejection of God’s standards on sexual morality. Over the last generation in America, homosexuality has progressed from what would be something that is censored to something that is [now] celebrated …

Peter LaBarbera, President of Americans for Truth About Homosexuality, another hate group, agreed with Mason’s latest stupid utterances. Barbie stated that he was shocked at Rick Warren’s comments.

You don’t want to give the impression that it’s fine and dandy to live the homosexual lifestyle and as long as I believe in Jesus, I can still go to Heaven. It’s one thing to have attractions and [fight] that, [and another to embrace homosexual behavior].

Barbie also said that he thinks Warren is treading into very dangerous territory by insinuating that the issue of homosexual behaviour is a grey area. 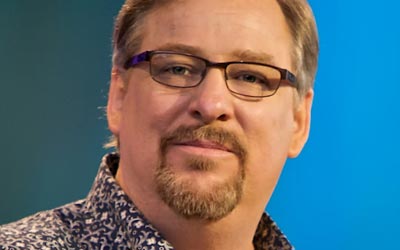 Mason, whose ministry operates the website HopeForHomosexuals.com, stated that Warren should have explained his beliefs further, so as not to jeopardize the eternity of valuable souls.

Warren failed to define what it means to ‘accept Christ,’ leaving viewers with the notion that a person can simply express a ‘belief’ in Jesus’ existence without turning away from the sins He died to atone.

Rick Warren has a heart for lost souls, but he seems fearful he’ll offend people he could otherwise lead to salvation by telling the truth about their sin. That may indicate an inadequate faith in God’s sovereignty, or a failure to fully believe God’s Word has the power to transform lives. I pray he’ll find the courage to be just as determined to be the salt of the earth as he is to be a light to the world. 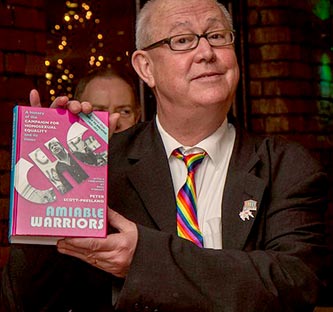