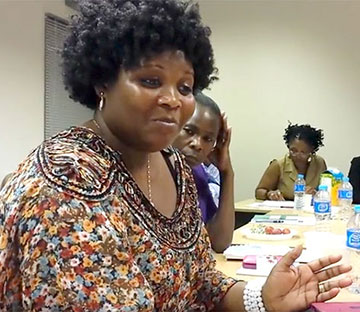 BACK in January 2016, The UN rights office urged Malawi to protect LGBTI people after it quoted a Malawian political party spokesman as saying gay and lesbian people were “worse than dogs” and should be killed.

According to this report, Kenneth Msonda, a spokesman for the People’s Party, one of Malawi’s main parties, made the statement earlier in the month on his personal Facebook page and repeated it in media interviews, the office of the UN High Commissioner for Human Rights said, adding that it was concerned both by Msonda’s remarks and by the authorities’ “alarming” failure to prosecute him.

“We are concerned that the failure to prosecute this case sends a dangerous message that inciting others to kill gay people is legitimate and will be tolerated by the authorities – in effect encouraging violent threats and attacks on the gay and lesbian community in Malawi,” the rights office said in a statement.

Msonda was charged with inciting others to break the law after two civil society organisations initiated a criminal case against him over his remarks, and was due to appear in court, but shortly after the Director of Public Prosecutions informed the Chief Magistrate’s Court that it was discontinuing the case.

“It’s pretty alarming because essentially people will see that you can incite people to kill someone simply because they belong to a particular group,” UN rights office spokesman Rupert Colville told the Thomson Reuters Foundation.

The UN rights office said Malawi had a responsibility under international human rights law to protect people from hatred and violence based on their sexual orientation and gender identity.

Earlier, in 2015, it was reported that the Malawian government would not arrest or prosecute gay citizens while lawmakers reviewed existing anti-gay laws, a hangover from colonial days. But Democratic Progressive Party (DPP) Member of Parliament Bon Kalindo later vowed that he will not support any attempts to repeal anti-homosexual laws if parliament is tasked to deliberate a bill to recognise gay rights.

But in a move indicative that an imminent change for the better could soon become a reality, Malawi’s President Peter Mutharika gave a warm welcome to openly gay Scottish Minister of State, David Mundell when Mundell visited the country to present an aid package of £86-million.

Then, in a remarkable departure from Christian intolerance, a UK-based Malawian evangelist, Elizabeth Kalonga, left, praised Mutharika, reportedly saying: “I would like to applaud the UK government through Scotland for sending out aid to Malawi at a time when people are dying of hunger. It was brave of the Scottish Government to send a gay politician to a country where homosexuals are vilified.”

“It appears to me that the Malawi government now realises that gays must be embraced into our society, because they are part of us, they are as human as everybody else.

“I am happy that Malawi affably received Mr Mundell as a just British politician with open hands and did not judge him for his sex orientation. This is stepping stone towards changing our attitudes on people.”

She further took a swipe at the clergy in the country for promoting hate speech by preaching to the world that homosexuals are sinners, saying such acts are dangerous to modernity and to the human race.

“If God is love, why then must we, who claim to be men and women of God, preach detestation and abhorrence and so much hate to our faithful and encourage them to hate other people and label them as sinners . . . Seriously, in this time and age we still think being homophobic is a right way to go?”