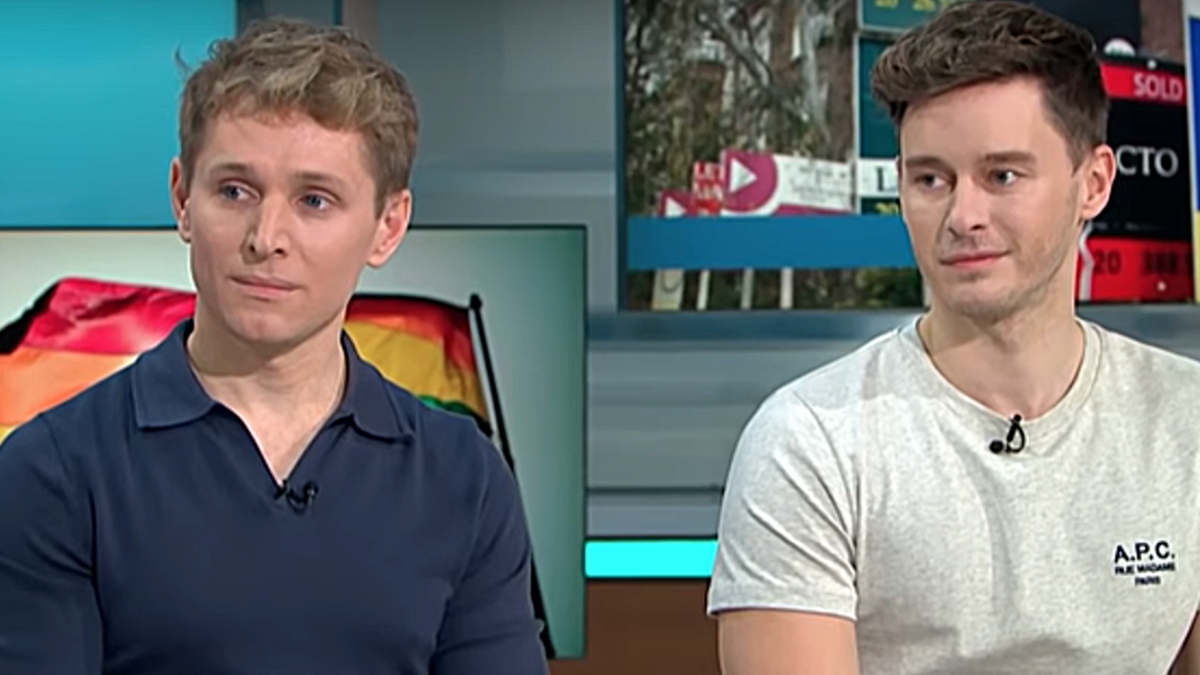 A PAIR of religious fanatics from Surrey in England have reacted to widespread condemnation of their homophobia by saying they are “not ashamed” of the deplorable way they treated Lachlan Mantell and Luke Whitehouse, above, who had expressed interest in buying their property.

Luke Main and his wife Dr Joanna Brunker, 34, a Cambridge university medical physicist, had put their £650,000, three-bed, semi-detached ­cottage on the market, using estate agency Purplebricks. But when Mantell and Whitehouse made moves to buy it, they were effectively told to fuck off in a message shown on Good Morning Britain.

Naomi Cunningham, a discrimination barrister, told Good Morning Britain that  she regarded this as a clear-cut case of discrimination, and that it was probably unlawful.

After story went viral on social media, Luke Main, 33, said he and his wife are:

Not we’re ashamed of what we said in any way.

After the despicable bigots made clear they would not sell their house to a gay couple, they then sent Luke and Lachlan Bible passages that reference “sinful desires,” the “vengeance of eternal fire” and “Sodom and Gomorrah.”

Buying a house was something that we wanted to do for a long time. But this was the only house we planned for a viewing. Homophobia still exists, it is still out there. I did not see it coming. I was blindsided by it.

Lachlan reported the matter to  Purplebricks, which was ­advertising the cottage via Rightmove.

Purplebricks has now apologised and stopped marketing the property, saying the owners’ comments are against its “views and values.”

We’ll refund this seller’s fee as Purplebricks no longer wish to list it.

It is shocking to hear that a gay couple were turned away from buying a property because of their sexuality. Gay people should be able to rent or buy property wherever they choose and should not expect to be treated differently because of who they love.

Instances like this hark back to an era when it was commonplace to treat lesbian, gay, bi or trans people unfairly, refuse their custom or turn them away from accommodation — and it simply has no place in Britain today.

The couple said they were not planning on taking any legal action, but they were keen to get back to searching for a new home.

We don’t wish the couple any ill will, we just wanted to get a message out that this kind of thing happens and it is not acceptable

Whitehouse said he initially thought the message was a joke, but then described feeling angry and sad at what they were facing.

We’ve experienced homophobia before but this seemed like it was on a bigger scale. It was preventing us from progressing in our lives, not just a flippant remark. It felt like the biggest form of discrimination I’ve ever experienced.

Read More
The challenge of atheism in contemporary Zimbabwe, by Leo Igwe