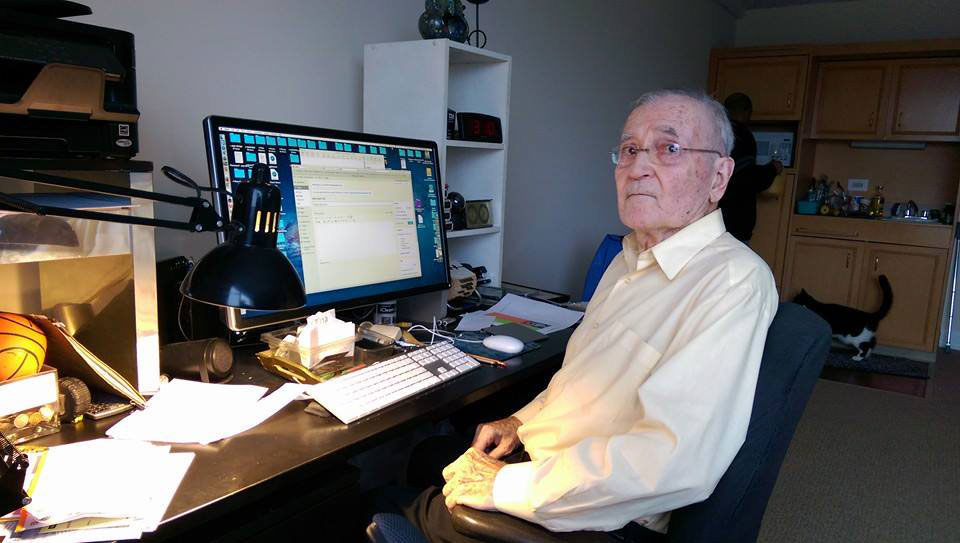 MARCUS ROBINSON looks back on the life of the New York-based writer and gay rights activist who died on January 8, 2017

FOLLLOWING the death of Smith, a New York Times obituary declared that he “died of happiness”. Those three words sum up the pleasure he got out of the many accomplishments he notched up during his life.

These were covered in depth by the Des Moines Register, which profiled Smith, a native of Minburn, Ohio, shortly before his death.

Readers of The Pink Humanist will know Smith for his regular column, which he began writing for the Gay and Lesbian Humanist under the title of “Gossip from across the Pond”, but less known are his many other activities which stretched back decades.

For example, he was a member of Mensa, an international society whose members have IQs in the top two percent of the population.

He once owned a recording studio in the heart of Manhattan where celebrities flocked, and he continued to hobnob with the rich, famous and powerful right up to the time of his death in a care home in New York.

In 1969 he found himself in the centre of the Stonewall riots, the launching point for one of the nation’s biggest civil rights battles.

He also studied piano, playing for services at the local Methodist Church.

He enrolled at the University of Northern Iowa, where he majored in piano, also played trombone, and developed his writing skills by submitting columns for the college newspaper.

His studies were halted in 1942 when he was drafted into the Army. He served as a clerk at Fort Knox, Kentucky, before being shipped to England. In June 1944, he landed on Omaha Beach as part of the largest amphibious assault in history. He then served as chief clerk for the Army’s adjutant general, headquartered at Reims, France.

After his was discharged from the army in 1946, Smith began his career as a substitute teacher at West Chester, but left Iowa in August 1948, hitchhiking to New York City with $40 in his pocket.
He attended Columbia University and earned his master of arts degree in American literature in 1949.

In his first week of arriving in New York City, Smith met Fernando Rodolfo de Jesus Vargas Zamora of Costa Rica, who was to be his companion until Vargas died of Kaposi’s sarcoma in 1989.

He and Vargas established the Variety Sound Corporation at 42nd Street and Broadway Avenue in Times Square. They operated both the Variety Recording Studio and Afro-Carib Records. Liza Minnelli, accompanied by conductor Marvin Hamlisch, cut her first demo record at the studio. Smith ran the corporation from 1961 to 1990.

In 2004, Smith took on some parental duties involving teenager Ligardy Termonfils whose mother lives in Brooklyn and whose deceased father, whom Smith befriended, had served as a bodyguard for Haitian dictator Jean-Claude “Baby Doc” Duvalier.

Smith returned to central Iowa for visits in 2001 and 2006. With Ligardy accompanying him, Smith visited again in 2008, and says he found Minburn “still a small town with a big heart.”
Until shortly before his death, Smith remained in demand for interviews by journalists around the globe for his first-person memories of the Stonewall riots of June 1969, when gay patrons rebelled during a police raid of the Stonewall Inn in Greenwich Village.

The incident 40 years ago at the tavern at 53 Christopher Street escalated over several nights. It is now considered a milestone event in the fight by gays, lesbians and transgenders to obtain civil rights. Smith was chased by police until he found refuge in a nearby restaurant.The rioting sparked the Gay Liberation Movement and inspired Gay Pride Week.

Smith wrote newspaper columns, newsletters and magazine articles through the years, and was book review editor of The Humanist from 1953 to 1958. He wrote book reviews for the Library Journal in the 1960s.

Among Smith’s books is the 1,264-page encyclopaedia Who’s Who in Hell – A Handbook and International Directory for Humanists, Freethinkers, Naturalists, Rationalists and Non-Theists (2000) filled with the names of 10,000 people.That book led to Smith’s Celebrities in Hell (2002).

Reporting his death for the Freethinker, Barry Duke said: “I have been in regular touch with Smith for around five years, discussing possible subjects he might want to write for The Pink Humanist. During our frequent email exchanges, Smith animatedly kept me abreast of his many activities in New York and remained remarkably active even after moving recently into an assisted living facility.”

Among the many tributes flowing in since news of his death broke was one from George Broadhead, Secretary of the UK LGBT charity, the Pink Triangle Trust, who wrote: “I never met Warren but communicated with him regularly when I was secretary of the UK Gay & Lesbian Humanist Association (GALHA). I am proud to have been included in Warren’s Who’s Who in Hell.”

In an interview 17 years ago, Smith, said he spent decades researching people who, like himself, either don’t believe in God, question God’s existence, or, at very least, are sceptical of all organised religions.

The first 50 years or so of Smith’s research constituted a labour of love, but after getting a computer around 1990, Smith began to think that maybe he had a book.

His own entry describes him as a “roué and a sybarite”.

In his summer 2002 column for the Gay and Lesbian Humanist Smith wrote: “‘And what do you do?’ Sir Ian McKellen asked. ‘I’m an author,’ I replied.

“We were at the annual ceremonial of the American Academy of Arts and Letters, the 250-member honorary group of notable American artists, writers and composers, which also includes 74 foreign members (eg, Margaret Drabble, Thom Gunn, David Hockney). Presumably, Sir Ian thought I might be a member or a recipient of one of the Academy’s awards. The ceremonial, which I attend as a journalist, is not open to the general public. When I explained that I have written two books about people who have not been attracted to organised religion, he said with a smile, ‘Is anyone any more?’

“When I mentioned writing for the present journal, Sir Ian expressed deep interest, asked how to subscribe and we exchanged e-mail addresses. Not wanting to monopolise him, I started to leave but he eyed my 36-year-old black companion, Peter Ross, and brought him into the conversation, too.

“‘How much longer can the Catholic Church continue?’ Sir Ian wondered aloud, commenting upon all the reports about priests sexually abusing children. He then turned to the subject of computers, and my companion and I talked about OS X, gigabytes and digital imaging. 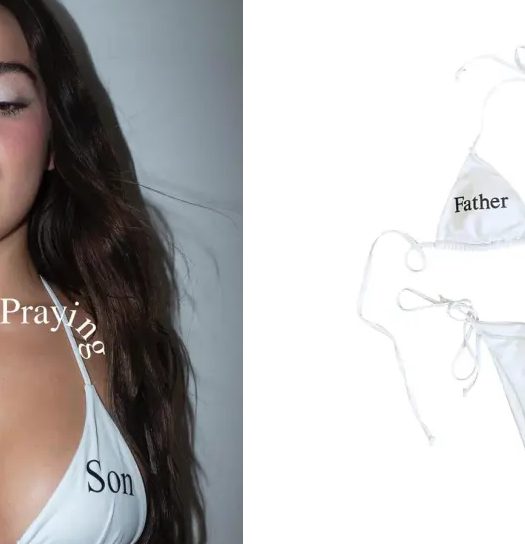 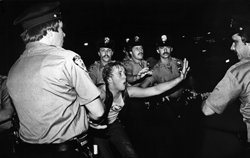 From Stonewall to Indiana: The Collision Between Religious Freedom and Gay ...

Read More
From Stonewall to Indiana: The Collision Between Religious Freedom and Gay Rights
Submit a Comment