THE efforts of gay activist Jason Jones, above, to have the buggery law in his native Trinidad and Tobago struck down resulted in an important court judgment this month that could affect other Caribbean countries that have anti-LGBT legislation. High Court judge Devindra Rampersad ruled in favour of Jason Jones who mounted a legal challenge to the law in March 2017.

Reacting to the ruling, Javion Nelson, Executive Director of Jamaica Forum for Lesbians, All-Sexuals and Gays (J-FLAG), wrote: “Great news coming out of Trinidad & Tobago, where the buggery law has been struck down. It is lovely to see evidence of progress across the region. Commendations to Jason Jones and colleagues from organisations there on their success.”

Amid the celebrations and the widespread discussion on social media among gay advocates around the world, many asked the question: “Is Jamaica next?”

The Trinidad and Tobago High Court declared that Sections 13 and 16 of the Sexual Offences Act were unconstitutional, illegal, null, void, invalid, and of no effect to the extent that these laws criminalise any acts constituting consensual sexual conduct between adults.

The judge said: “The conclusion is not an assessment or denial of the religious belief of anyone. This court is not qualified to do so. However, this conclusion is a recognition that the beliefs of some, by definition, are not the beliefs of all, and, in the Republic of Trinidad and Tobago, all are protected and are entitled to be protected under the Constitution.”

In reacting to the ruling, Jones said: “What I think the judge pointed out was that here, ‘every creed and race find an equal place’. I think we must all come together now and embrace each other in love and respect.”

The final ruling will be handed down in three months to preserve the need for consent. The court will also meet to hear whether the offending sections should be struck down in their entirety and to deal with the issue of cost.

In launching his legal challenge in February 2017, Jones said “I am doing this for the betterment of our nation, and for our future generations.”

Anti-LGBT groups began ramping up their efforts in advance of the case and a Christian hate group – Concerned Citizens for T&T – called for a demonstration outside the parliament building.

Members argued that if Jones were to win, it would put the rights of gay people ahead of the rights of heterosexuals which, they maintain, “are superior”.

“We are saying having rights and being right are two different things. You must respect the rights of others,” said Bishop Victor Gill, Vice-President of T&T Cause, above. He called homosexuality “unnatural and illegal.”

But LGBT rights groups on the islands insist allowing for personal freedoms won’t interfere with religious beliefs. “Faith groups will be under no obligation to change their teachings about moral sexuality within their congregations because of the court ruling,” says Colin Robinson, Director of the Coalition Advocating for Inclusion of Sexual Orientation (CAISO).

“Even if same-sex marriage eventually became legalised in Trinidad and Tobago . . . such unions would be a civil matter. Nowhere in the world where same-sex marriages are recognised are faith denominations forced to marry persons of the same sex.”

Robinson says he defends the right of groups such as T&T Cause to hold particular views on sexuality and marriage, “but the role of the law, protected by the Constitution, isn’t to enforce any faith group’s teachings.

“Win or lose, religious believers will continue to be able to make arguments of law on matters of social policy to the courts.”

Despite the ruling, anti-LGBT sentiment will not disappear overnight in Trinidad and Tobago, where many hate crimes go unreported. In addition, under Section 8 of the Immigration Act, homosexuals who are not citizens are technically not allowed to enter the country. It’s not generally enforced, but an attempt was made to bar Elton John from entering the country in 2007.

Prime Minister Keith Rowley told parliament last year that all citizens deserve to live free of violence and harassment, “regardless of whom they sleep with.” He’s been reticent, though, to support a repeal of the sodomy law.

In a crowdfunding campaign to raise £15,000 for his legal fees, Jones wrote last year that “in my home country of Trinidad and Tobago, I can be arrested and imprisoned for up to 25 years for having consensual sex with my male partner.

“Any sexual intimacy between couples of the same sex is a crime (including sex between women). My Government calls these acts ‘serious indecency’. They can imprison us for up to 25 years for penetrative sex and for 5 years for any other act of sexual intimacy. There are around 100,000 LGBT people on my islands, many living a hidden and fearful life. Gay and bi men, lesbian and bi women, trans people, all live with the threat of this criminal law hanging over them.

“We inherited these laws from Britain (did you know that 74 million LGBT people in the Commonwealth are criminalised?), but my own Government extended the law from only gay men to lesbians after we gained our independence. This is Trinidad and Tobago in the year 2017. An oil-rich, tropical, Caribbean paradise . . . ?

He added: “I am a human rights defender challenging my Government in the High Court to change this situation. I am asking the Court to declare that these laws are unconstitutional! That they violate my human rights, and encourage homophobia and hatred from my fellow citizens against the LGBT community, and therefore they MUST be removed!

”My Government is defending this case, saying that these laws must stay in place! Since filing my legal challenge in February of this year, I have received over 5 dozen death threats, and hundreds of messages of hate on my social media pages. I live in fear for my safety and have become completely isolated from friends and family because I don’t want anything to happen to them back home.

“Over the last two years, I have planned my case with a brilliant legal team made up of lawyers from both Trinidad and Britain.

“They have worked for free, giving me hundreds of thousands of pounds’ worth of free work! I am so very grateful to them all! My day in Court is nearly here. Now, I need YOUR help.

”I still need to raise at least £15,000 for my Court case . . . Litigation is not cheap, even when you have the best lawyers working for you for free!

“Your donation will ensure that 100,000 LGBT people have their day in Court, so that we can challenge these barbaric laws that criminalise us for being lesbian, gay, bisexual and trans.” 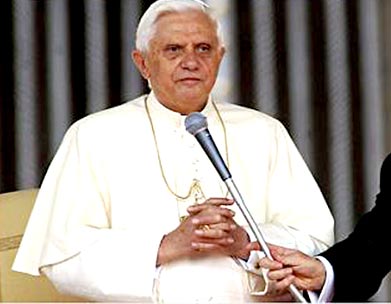 The Pope’s gonna have a cow!

Read More
The Pope’s gonna have a cow! 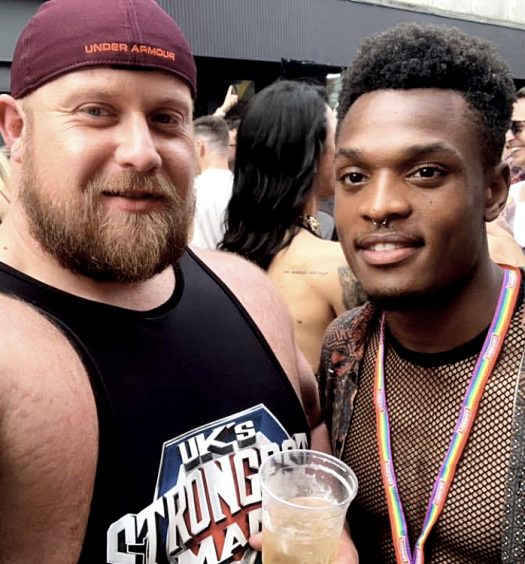 In a first for conservative Northern Ireland, an interracial gay couple hav...

Read More
In a first for conservative Northern Ireland, an interracial gay couple have a religious wedding
Submit a Comment