Back in 1895, a British institution – the National Trust – was, according to the NT, founded “with the aim of saving our nation’s heritage and open spaces. One hundred and twenty years later, we’re still working hard to uphold these values”. When I was living in the UK with my late partner, Brian Parry, we took out joint membership of the trust – despite the fact that rumours kept surfacing that some NT traditionalists were determined to protect one British “tradition” that needed no protection at all: homophobia.

Among these bigoted dinosaurs was Commander Conrad Rawnsley, the cantankerous grandson of one of the three founders of the National Trust. He was appointed by the trust as Director of Enterprise Neptune (also known as Project Neptune) in the early 1960 to protect a substantial part of the Welsh, English and Northern Irish coastline, but was sacked by the trust a few years later.

What overcame our reservations about joining the NT was a conversation we had with a National Trust representative who approached us when we were holidaying in Dartmouth in the mid-1980s. I warmed to him the moment he said to me: “Would you and your fella like to become members?” (I think it was Brian’s skin-tight white Levi jeans that set off his gaydar.)

This gave us the opportunity to grill him about the National Trust’s reputed homophobia. “Oh,” he declared, “all that’s in the past. Nowadays we positively welcome gay visitors.” So we signed up, and for years after enjoyed visits to many of the trust’s magnificent stately homes.

I had completely forgotten about Commander Conrad Rawnsley until a few weeks ago when Matthew Parris – in the BBC Radio 4’s Great Lives programme – addressed the issue of homophobia in the National Trust when he told listeners that Rawnsley had once rudely suggested that the “gentlemen” signs on National Trust toilet doors ought to be replaced with signs saying “peers and queers”. But the focus of the programme was not on Rawnsley. It was on the National Trust’s James Lees-Milne, described by Parris as “a silly old queen”.

Parris opened his Great Lives programme by quoting Lees-Milne as saying (of Parris) : “I don’t like these flaunting homosexuals with their pleased-with-themselves attitudes as though they were deprived and stood for a noble cause. It is not a noble cause. It is a mistake.”

Openly gay Parris said: “Well, he’s dead, and they say revenge is best served cold, so nearly 20 years later, let me remark that James Lees-Milne was a silly old queen, and all that self-hatred is just a bore.” But he tempered his attack by pointing out that Lees-Milne, who enjoyed exuberant sexual encounters with both men and women “made a greater contribution to cultural life than I ever will.”

Lees-Milne, who embraced Catholicism at a young age but became disillusioned with the Church in later life, died aged 89 in 1997. He had worked for the National Trust from 1936 until 1973.

In a bid to brush away the last lingering vestiges of homophobia within its ranks, the National Trust, in 2003, announced that it had signed an agreement with a company called Pink Weddings, which arranges blessing ceremonies for same-sex couples, to offer five of its historic buildings as venues.

According to a Telegraph report, Pink Weddings’ website urged customers: “Be one of the first gay couples to hold your ceremony at a National Trust property! By choosing to hold your ceremony at a National Trust property, you are not only guaranteeing a memorable day for yourselves but you are also helping to maintain these beautiful places.” Now, said the Telegraph, in addition to welcoming coach parties of the historically minded within its moated, 14th-century walls, Bodiam Castle in East Sussex will offer its grandeur to homosexual couples enjoying “partnership” or “commitment ceremonies”. The other trust properties available to Pink Weddings are similarly impressive. They include Osterley Park, the 18th century villa in Hounslow, west London, and Blickling Hall in Norfolk, built in the early 17th century and described by the trust as “one of England’s great Jacobean houses”.

At Hanbury Hall in Worcestershire the “newly-wed” homosexual couple will delight in the painted ceilings and staircase, the orangery, ice-house and the re-created early 18th century garden. Perhaps the most romantic location, however, is the 18th century Temple of Venus, overlooking the lake in the landscaped gardens of Stowe in Buckinghamshire. A trust spokesman said that the homosexual ceremonies represented “a good opportunity for people to become familiar with our properties”. He added: “We make our properties available for all sorts of functions and this fits well with our core values of being an inclusive organisation. Pink Weddings will organise the ceremony and we will provide the venue.

“Some people will have opinions, but hopefully people will recognise that, to offer a brief translation of our mission statement, the National Trust is ‘forever, for everyone’.” But trust member Anne Widdecombe, then Conservative MP and a former minister, deplored the move, saying: “I think it’s a terrible idea. The only commitment recognised by law is marriage, so the whole thing would be quite pointless. I would say to any National Trust place planning this, ‘Don’t do it.’” Robin Page, the countryside campaigner who was elected onto the trust’s ruling council, was also critical of the plan.

“I would be opposed to this and I know a lot of other members would be. I do not let cockerels and rams get married on my farm and I do not think the National Trust should be providing this service for gay couples. The political correctness which is creeping into all aspects of national life has taken a firm grip of the trust.” The trust’s decision to allow homosexual “marriages” was applauded, however, by Ciro Cambuli, 43, the general manager of a travel agency in central London, and John Scully, 39, a marketing and media manager, who have been together for 13 years. They said that the chance to “marry” in some of Britain’s finest buildings would be popular with homosexuals. “I particularly like Bodiam Castle,” said Scully, who lives with Cambuli in Brixton, south London. Cambuli added: “I think a lot of gay couples would love these venues as the setting for a wedding.” A year before Parris’s programme was broadcast, Lees-Milne’s name was used in a very positive context by Ivo Dawnay, London Director of the National Trust. In a letter to the organisers of Gay History Month, which was staging an event at Sutton House in London, Dawnay wrote: “It is fair to say that the diversity of sexual orientations of people involved in this world is something universally known-about but little discussed or celebrated. Perhaps the single most important person in the 20th Century history of the Trust was James Lees-Milne whose tireless work at acquiring country houses threatened with destruction or decline gave us an enormous part of our portfolio. “In an age when homosexuality was illegal, Lees-Milne was as ‘out’ as it was possible to be and even married an ‘out’ lesbian to everyone’s surprise.

Many of the rather Grand Trustees of the old Trust – mostly pubic school educated aristocrats – themselves had distinguished gay backgrounds, though these were largely confined to the elaborate Chippendale closets that they kept in their draughty stately homes. “And many of our donors too had credentials. William Banks, who conceived and built the magnificent Kingston Lacey house in Dorset from abroad was driven there in exile after a scandal involving a young man. He was said never to have seen the fantastic house/art gallery he created – unless, as one legend has it, he snuck back into Britain, dressed as a woman to inspect it. “Then there was Harold Nicolson and Vita Sackville West at Sissinghurst – hardly discreet about their own same sex liaisons. “Dozens of brilliant staff through our 119 year history have come and will continue to come from the LGBT community – we would be lost without them. It is perhaps time that all this and all of them were better acknowledged.” 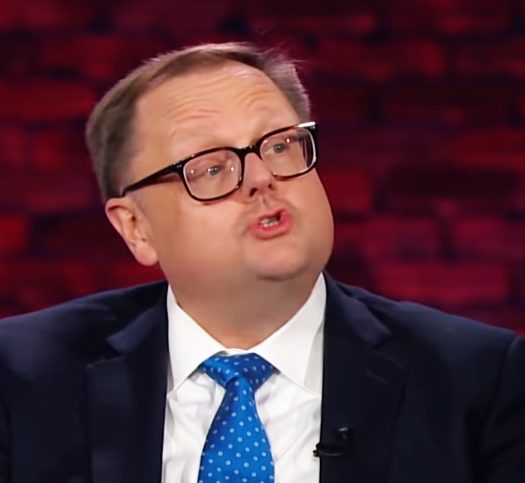 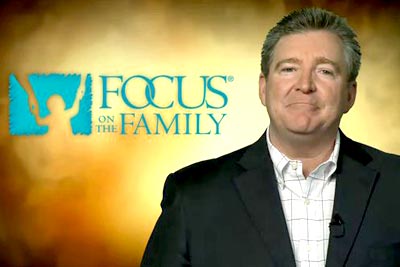 Hallalujah! Homosexuality is not a ‘super sin’

Read More
Hallalujah! Homosexuality is not a ‘super sin’
Submit a Comment