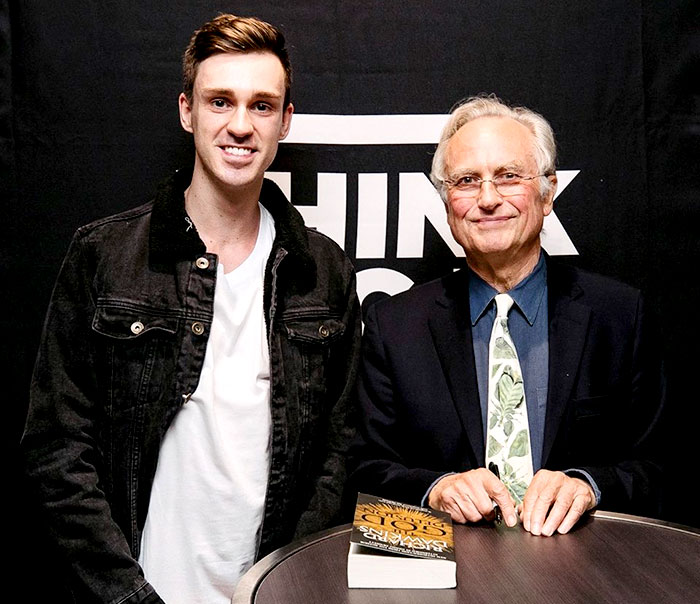 COMENSOLI, pictured above with renowned British atheist Professor Richard Dawkins in 2018, has been awarded A$2,500 by a tribunal that ruled that a local politician had violating Australia’s Anti-Discrimination Act.

Anti-gay battleaxe and Liberal councillor Julie Passas unleashed torrents of abuse at Comensoli in 2017 because he had displayed a rainbow flag outside his home on the evening that Australian voters approved same-sex marriage. 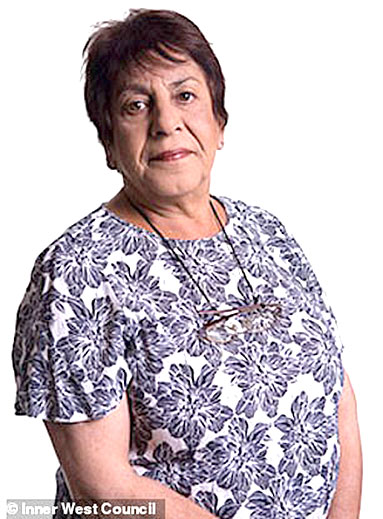 Passas, a former deputy mayor of Inner West Council in Sydney, told Comensoli that the banner was “offensive to my culture and religion.”

She told the man, who lives with a female housemate, that he should not be allowed to marry “until you could breastfeed and have children.”

When police later questioned Passas she told the officer that “the rainbow flag is as offensive as the flag of [Muslim terrorist group] ISIS.”

Comensoli alleged that Passas said he is “disgusting.”

While the New South Wales Civil and Administrative Tribunal determined that Passas had violated anti-discrimination law by inciting hatred, serious contempt, or severe ridicule toward homosexuals, it determined that calling Comensoli “disgusting” did not amount to “vilification” that was worthy of sanction because she did not mention homosexuality in that exchange.

The tribunal ruled that Passas must pay Comensoli damages of A$2,500 (approximately US$1,600) and publish an apology in the local newspaper, the Inner West Courier.

Passas has vowed to appeal the ruling.

Comensoli had demanded A$10,000 in compensation. He no longer lives at the complex where Passas continues to reside. Inner West Council is taking no official action against Passas, having found that she was acting as a private citizen at the time of the incident.

According to court documents, Comensoli said Passas yelled at him from her apartment balcony on the evening of November 15, 2017. Reporting that he was in his driveway after hanging the rainbow flag outside his apartment, Comensoli claimed that Passas “loudly demanded that he remove the flag because it was ‘offensive to my culture and religion’. Comensoli refused.

Passas then loudly stated words to the effect that he should not be allow to marry:

Until you could breastfeed and have children.

The tribunal heard Passas say Comensoli had “made the whole thing up” and had “turned it into a gay issue.”

She asserted that their dispute was over rules regarding balconies at their apartment complex imposed by the homeowners’ association. Passas said the gay liberation banner is “against what I believe in” and is:

Offensive to people because of what it stands for.

The tribunal went on to state:

The manner in which the respondent made her demand was inappropriate and objectively likely to incite hatred, serious contempt or severe ridicule of homosexual persons, and other LGBTQIA+ persons for whom the rainbow flag is an accepted symbol of identity, in an ordinary member of the general public.

In 2015 it was reported that Passas had been ordered by Ashfield Council to make a public apology and acknowledge her behaviour towards a council staff member in December 2014 November constituted: