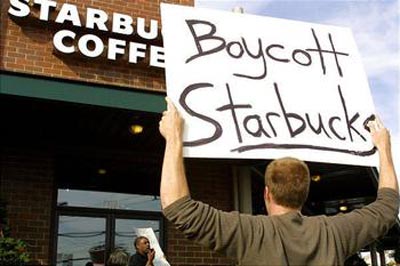 SHAREHOLDERS in Starbucks were told last week that if they didn’t like the coffee giant’s support of gay marriage they could always sell their shares and invest their money elsewhere.

During the annual shareholders’ meeting in Seattle last week, the founder of the Corporate Morality Action Center expressed concerns over the company’s support of homosexual marriage.

SHAREHOLDERS in Starbucks were told last week that if they didn’t like the coffee giant’s support of gay marriage they could always sell their shares and invest their money elsewhere.

During the annual shareholders’ meeting in Seattle last week, the founder of the Corporate Morality Action Center expressed concerns over the company’s support of homosexual marriage.

CMAC’s Tom Stobhar said that the company’s stance had affected shareholder earnings after Starbucks backed efforts to legalise same-sex marriage in Washington state last year. The company’s announcement had resulted in boycotts against the coffee king.

In the first full quarter after this boycott was announced, our sales and earnings — shall we say politely — were a bit disappointing.

Not every decision is an economic decision. Despite the fact that you recite statistics that are narrow in time, we did provide a 38 percent shareholder return over the last year. I don’t know how many things you invest in, but I would suspect not many things, companies, products, investments have returned 38 percent over the last 12 months.

Having said that, it is not an economic decision to me. The lens in which we are making that decision is through the lens of our people. We employ over 200,000 people in this company, and we want to embrace diversity — of all kinds.

The response drew both applause and cheers.

Schultz then concluded by saying:

If you feel, respectfully, that you can get a higher return than the 38 percent you got last year, it’s a free country. You can sell your shares in Starbucks and buy shares in another company. Thank you very much.

While some shareholders appear to be doing just that, a number of Starbucks customers have also refused to frequent the franchise as long as it remains opposed to “biblical marriage”. One website, DumpStarbucks.com, launched a nationwide campaign to urge coffee lovers to go elsewhere.

We are urging customers across the globe to ‘Dump Starbucks’ because it has taken a corporate-wide position that the definition of marriage between one man and one woman should be eliminated and that same-sex marriage should become equally ‘normal’. As such, Starbucks has deeply offended at least half its US customers, and the vast majority of its international customers.

Starbucks is using its resources to invalidate traditional marriage in the US and redefine the institution of marriage despite the strongly held views of so many of its customers, including me. Therefore, I will no longer purchase anything from Starbucks until you change your corporate values to be more reflective of my own.
I

In a written statement last year when it announced its support for Washington’s push to legalise gay marriage, Starbucks said:

Starbucks is proud to join other leading Northwest employers in support of Washington State legislation recognising marriage equality for same-sex couples. We are deeply dedicated to embracing diversity and treating one another with respect and dignity, and remain committed to providing an inclusive, supportive and safe work environment for all of our partners.

Starbucks was also among the over 300 US corporations that signed onto a recent Supreme Court brief in an effort to overturn the nation’s Defense of Marriage Act.

Last year an evangelical pastor in the US, Steven Andrew, President of the USA Christian Ministries in California, called for a boycott of Starbucks and said:

Christians are upset with Starbucks for turning against God … Starbucks can follow Satan if they want to. However, pastors are to help Christians. Are you on the Lord’s side? Will you help the USA be blessed by God? 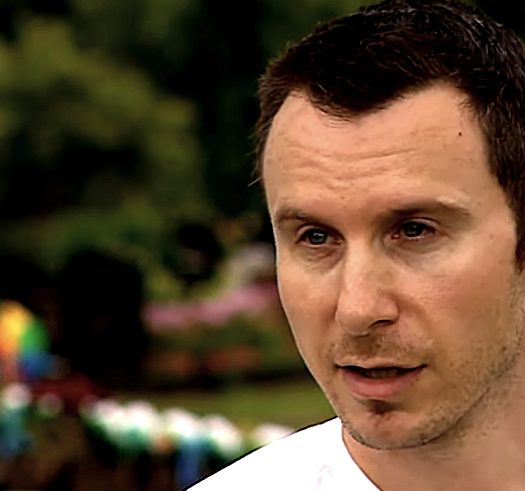 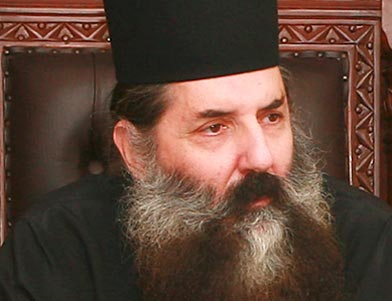