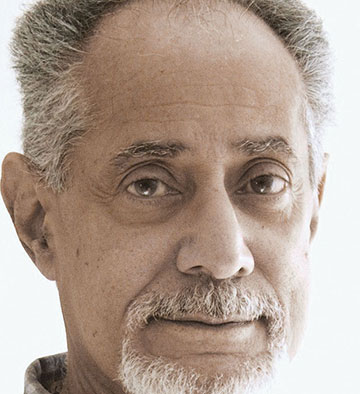 INDIA, the world’s largest democratic country, has a population of 1.3 billion people. And if the website Insidermonkey is to be believed one out of every 14 men in the country is gay. But religious fanaticism is still proving a major stumbling block on the path towards a more liberal society.

Last October, India Today reported that the gay and lesbian community was passing through “a horrid time” after the Supreme Court recriminalised homosexual acts in December 2013. In that year, extremist religious groups in India challenged a 2009 High Court decision to decriminalise homosexuality – and, to the disgust of thousands, they won.

The High Court originally quashed a part of Section 377 (punishment for unnatural sex), which criminalised consensual sexual acts between adults in private. It found that the provision violated the fundamental rights of sexual minorities to life, liberty and equality.

But, in 2013, after hearing appeals filed by Hindu, Islamic and Christian zealots, the Supreme Court, or Apex Court as it is known, overturned the High Court order terming it “legally unsustainable” and said only Parliament was empowered to change a law.

But now, according to the BBC, the Supreme Court has agreed to reconsider that judgement. Three senior judges said the 2013 ruling would be re-examined by a larger bench of judges, in a move that has been welcomed by activists. They said that the issue was “a matter of constitutional importance.”

According to Section 377 of the Indian Penal Code (IPC), a 155-year-old British colonial-era law, a same-sex relationship is an “unnatural offence”.

In deeply conservative India, homosexuality is a taboo and many people still regard same-sex relationships as illegitimate.

In January, the Supreme Court heard a “curative petition” – meant to “cure” an earlier court order perceived as a “miscarriage of justice”.

The court said the five-judge bench would be headed by the Chief Justice of India. No date has been announced for the next hearing into the matter.

Members of the LGBT community, standing outside the court, broke into cheers and impromptu celebrations when the decision was announced.

Activists say police and authorities often misuse the law to harass homosexuals. Under the current law, a same-sex relationship is punishable by a 10-year jail term.
In its 2009 ruling, the Delhi High Court had described Section 377 as discriminatory and said gay sex between consenting adults should not be treated as a crime.
The ruling was widely and visibly welcomed by India’s gay community, which said the judgment would help protect them from harassment and persecution.

An Indian MP’s bid to introduce a private member’s bill in the parliament to decriminalise gay sex failed. Shashi Tharoor, who also started a petition over the issue, said: “It is time to bring the Indian Penal Code into the 21st century.”

At one point in the broadcast Masani returns to an elite Anglican school where he once suffered homophobic bullying. There he is told by the head that, when the Supreme Court overturned the High Court decision, many of the pupils took to the streets to protest.

India Today reported that India’s decision to recriminalise homosexuality had sparked a vicious backlash against the gay community. “Gay rights NGOs say blackmail for extorting money (in many cases threatening to complain to police or parents after filming the act), intimidation and harassment of LGBT members by organised gangs and police, rape and other kinds of torture have increased manifold.”

It pointed out that a 2014–15 report recently released by Naz Foundation, the leading gay rights NGO which fought for the community in Delhi High Court and Supreme Court for legalising homosexual acts, proves this. Based on the calls that flooded their helpline seeking counselling, the report for the first time categorised the kind of harassment faced by members of the community and their grievances under various headings.

According to the Naz Foundation report, 38 percent of callers were confused or had problems with their sexuality and feelings. Thirty-five percent of them suffered blackmail and intimidation from gangs and police who extorted money and also dealt with break-ups and were not able to find a trustworthy partner. Twenty-eight percent of them wondered if they could have safe sex and were under fear that they would contract HIV after engaging in homosexual acts.

The report went on: “There has been a surge in complaints of harassment and humiliation after the Apex court recriminalised homosexual acts. Most of them relate to blackmail and extortion from organised gangs and even the police.

“The Delhi High Court judgment of 2009 had allowed members of the community to come out while the Apex court virtually turned the clock back. In the 21st century, people should be allowed to be with those they love and the ones they want to be with. After all, it is a question of individual choice.”

Naz Director Anjali Gopalan also pointed out that the recriminalisation of homosexuality was hindering the fight against AIDS: “Fear of harassment by law enforcement agencies has led to sex being hurried, leaving partners without the option to consider or negotiate safer sex practices.”
This, she said, further leads to poor access to condoms, health care services and safe sex information. 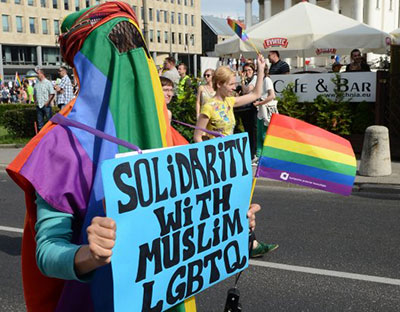 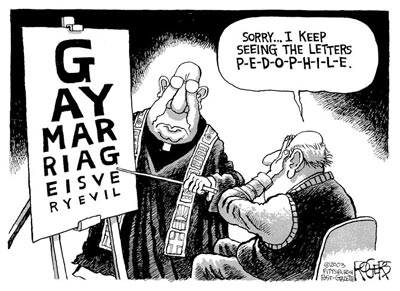