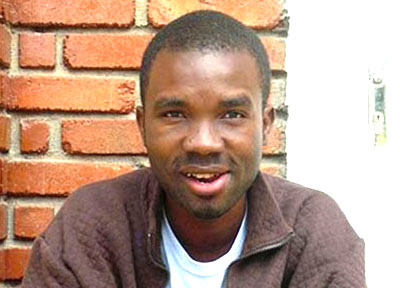 GAY rights campaigners are demanding an immediate investigation by the authorities in Cameroon following the brutal killing of Eric Ohena Lembembe, an activist and journalist who was found dead at his home in Yaoundé on the evening of July 15.

GAY rights campaigners are demanding an immediate investigation by the authorities in Cameroon following the brutal killing of Eric Ohena Lembembe, an activist and journalist who was found dead at his home in Yaoundé on the evening of July 15.

In the wake of the murder, Peter Tatchell today called for a rally to demand Cameroon’s suspension from the Commonwealth. It is to be held tomorrow from 2-4pm at the Cameroon High Commission, 84 Holland Park, London W11 3SB. Nearest tube: Holland Park (Central Line).

The rally is being organised by the African LGBTI organisation, Out & Proud Diamond Group, with the support of the Peter Tatchell Foundation.

Eric was a courageous public champion of the rights of LGBT people and people with HIV. He was subjected to a particularly horrific, brutal attack. Many other LGBT people in Cameroon have been victims of violent threats and assaults. Several are in prison for consenting same-sex relations. Roger Jean-Claude Mbede was jailed for three years for sending a text message to another man saying ‘I love you’. He got three years for a text message expressing love. It’s unbelievable.

Much of Cameroon’s hatred of gays is stoked up by Christian bigots, like the Catholic Archbishop of Yaoundé, Tonyè Bakot, who last year  described homosexuals as “corrupters of society”. 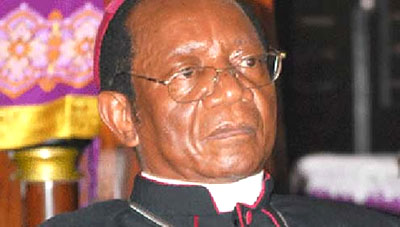 Bakot’s statement came during the mass of the Assumption Christian festival on 15 August, 2012. He said:

Homosexuality is growing in our society and it was condemned by the Catholic Church. Homosexuality is an insult to family, an enemy to women and creation. We hear about debates on same-sex marriage. How is homosexuality promoting procreation and family values? If all men were married to other men, what would become of women?

Cameroon should be suspended from the Commonwealth. Its anti-gay witch-hunt violates Commonwealth values and the Commonwealth Charter. The Commonwealth Secretary General must end his silence and speak out publicly against homophobic persecution in Cameroon. President Paul Biya should also publicly condemn the killing and halt the state-sponsored victimisation of LGBT people.

Get angry and take action. If you can’t join us, write or email the Cameroon President, Paul Biya, via the Cameroon High Commission in London: info@cameroonhighcommission.co.uk You can also phone the High Commission: 020 7727 0771 or fax them: 020 7792 9353.

These are the four demands of tomorrow’s protest:

California-based Melanie Nathan, known for her international human rights advocacy, wrote on her blog the day after Eric’s murder:

Lembembe, executive director of the Cameroonian Foundation for AIDS (CAMFAIDS), was an outspoken activist who defended the rights of lesbian, gay, bisexual, transgender, and intersex (LGBTI) people.

Lembembe’s friends discovered his body on Monday evening after being unable to reach him by telephone for two days, and went to his home. They found his front door padlocked on the outside, but could see Lembembe’s body lying on his bed through the window. Lembembe’s friends alerted the police, who broke down the door. According to one friend, Lembembe’s neck and feet appeared to have been broken, and his face, hands, and feet had been burned with an iron.

Lembembe was one of Cameroon’s most prominent LGBTI rights activists. On behalf of CAMFAIDS, he collaborated closely with Human Rights Watch and two other Cameroonian organizations, Alternatives-Cameroun and the Association for the Defense of Homosexuals (ADEFHO), in researching and launching a March 2013 report on prosecutions for consensual same-sex conduct.

He also participated in drafting a submission for Cameroon’s Universal Periodic Review (UPR) in May 2013 at the United Nations Human Rights Council. Lembembe was also a contributor to the blog ‘Erasing 76 Crimes’ and authored several chapters in a book on LGBTI rights around the world, From Wrongs to Gay Rights. His organization assiduously documented arrests, violence, and blackmail against LGBTI people in Cameroon.

Eric was an inspiring activist whose work was deeply appreciated by human rights activists in Cameroon and around the world. Advocating for equal rights in Cameroon, where LGBTI people face severe discrimination and violence, takes tremendous courage. Eric’s activism paved the way for a society based on equality and non-discrimination.

We don’t know who killed Eric Lembembe, or why he was killed, but one thing is clear: the Cameroonian authorities’ utter failure to stem homophobic violence sends the message that these attacks can be carried out with impunity. The police should not rest until the perpetrators of this horrific crime are brought to justice. President Biya should break his silence on the wave of homophobic violence in Cameroon and publicly condemn this brutal attack.

Lembembe’s killing follows several attacks on the offices of human rights defenders, including those working for equal rights for LGBTI people. On June 26, 2013, unidentified assailants burned down the Douala headquarters of Alternatives-Cameroun, which provides HIV services to LGBTI people. A few days earlier on June 16, the Yaoundé office of human rights lawyer Michel Togué, who represents clients charged with same-sex conduct, was burgled, and his legal files and laptop stolen. Both Togué and Alice Nkom, another lawyer who represents LGBTI clients, have received repeated death threats by email and SMS, including threats to kill their children. Although activists have reported all of these incidents, the Cameroonian authorities have not apprehended a single suspect. 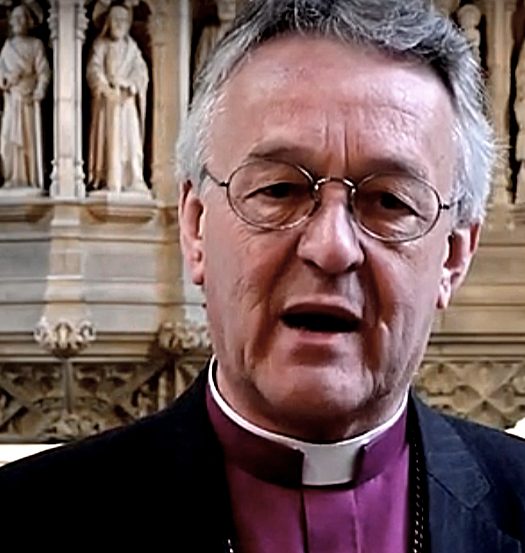 Evangelicals throw a tantrum after Church of Wales votes to bless same-sex ...